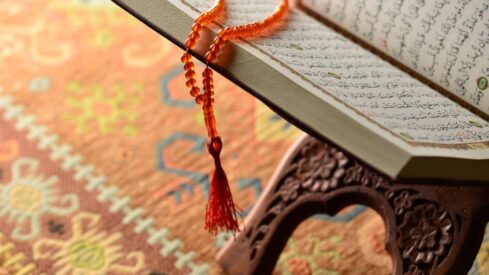 Yet, of course, religious communities do differ in their understanding of God. But for that reason we cannot say that there exists as many gods as there are religions. The Jewish idea of the One Creator-God is greatly undermined by the Christian teaching of three persons in one God – Father, Son and the Holy Spirit. This is despite the fact that Jesus did not teach this.

In fact, basically Christians ought to accept the Shema of the Children of Israel:

This is reiterated by Jesus Christ:

One important point to understand about Islam is that Prophet Muhammad (pbuh) never claimed that he was teaching a new religion. He said that his mission was to restore the original and true religion of Abraham, Moses, Jesus and all other prophets (peace be upon them all).

The Holy Qur’an, which is the guidance of God revealed to Muhammad (pbuh) emphatically says, God is One and One Only. And what is more, it emphasizes that the Muslim is a person who believes in all the Books of God and in all His prophets. This is clearly stated in Surah 2, verse 136:

*{Say: “We believe in God, and in what has been revealed to us and what was revealed to Abraham, Isma’il, Isaac, Jacob, and the Tribes, and in [the Books] given to Moses, Jesus, and the prophets, from their Lord: We make no distinction between one and another among them, and to God do we bow our will [in Islam].”}*

From the foregoing, the following points become clear:

The God of the Qur’an is the same as the God of the Torah and the Gospel. Muhammad (pbuh) taught the same religion taught by all the prophets of God, including Abraham, Moses and Jesus (peace be upon them all).

It is important to realize that Islam does not mean “Mohammedanism” as some Orientalists want us to believe. It is – to put in simple terms: Submission to the will of the Almighty. We remember what Jesus is reported to have said, when he was about to be arrested by the Roman soldiers:

“And he went a little further, and fell on his face, and prayed, saying, O my Father, if it be possible, let this cup pass from me: nevertheless, not as I will, but as thou wilt.” (Matthew 26: 39)

What Jesus does here is declaring his submission to God’s will, which exactly is Islam. Also, it is clearly said that when he prayed, he fell on his face. This means he did sujood(prostration), as the Muslims do in prayer. This is the humblest form of physical submission, praying with the forehead placed on the ground.

Thus we may say that Jesus was a Muslim, that is one who submitted to Jehovah, to God Almighty or as the present day Muslims knom Him, as Allah – May He be Glorified and Exalted!

Like Prophet Muhammad, Jesus provided a guide on how to become decent God fearing people.