Authenticity of the Qur’an: Another Approach (Part 1) 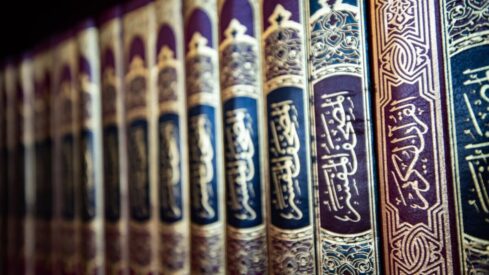 It must be stressed that the Qur’an is accurate about many, many things, but accuracy does not necessarily mean that a book is a divine revelation. In fact, accuracy is only one of the criteria for divine revelations. For instance, the telephone book is accurate, but that does not mean that it is divinely revealed. The real problem lies in that one must establish some proof of the source the Qur’an’s information. The emphasis is in the other direction, in that the burden of proof is on the reader. One cannot simply deny the Qur’an’s authenticity without sufficient proof. If, indeed, one finds a mistake, then one has the right to disqualify it. This is exactly what the Qur’an encourages.

Once a man came up to me after a lecture I delivered in South Africa. He was very angry about what I had said, and so he claimed, “I am going to go home tonight and find a mistake in the Qur’an.” Of course, I said, “Congratulations. That is the most intelligent thing that you have said.” Certainly, this is the approach Muslims need to take with those who doubt the Qur’an’s authenticity, because the Qur’an itself offers the same challenge. And inevitably, after accepting its challenge and discovering that it is true, these people will come to believe it because they could not disqualify it. In essence, the Qur’an earns their respect because they themselves have had to verify its authenticity.

An essential fact that cannot be reiterated enough concerning the authenticity of the Qur’an is that one’s inability to explain a phenomenon oneself does not require one’s acceptance of the phenomenon’s existence or another person’s explanation of it. Specifically, just because one cannot explain something does not mean that one has to accept someone else’s explanation. However, the person’s refusal of other explanations returns the burden of proof back on himself to find a feasible answer. This general theory applies to numerous concepts in life but fits most wonderfully with the Qur’anic challenge, for it creates a difficulty for one who says, “I do not believe it.” At the onset of refusal one immediately has an obligation to find an explanation oneself if one feels others’ answers are inadequate.

In fact, in one particular Qur’anic verse that I have always seen mistranslated into English, Allah mentions a man who heard the truth explained to him. It states that he was derelict in his duty because after he heard the information, he left without checking the verity of what he had heard. In other words, one is guilty if one hears something and does not research it and check to see whether it is true. One is supposed to process all information and decide what is garbage to be thrown out and what is worthwhile information to be kept and benefited from immediately or even at a later date.

One cannot just let it rattle around in one’s head. It must be put in the proper categories and approached from that point of view. For example, if the information is still speculative, then one must discern whether it’s closer to being true or false. But if all the facts have been presented, then one must decide absolutely between these two options. And even if one is not positive about the authenticity of the information, one is still required to process all the information and make the admission that one just does not know for sure. Although this last point appears to be futile, in actuality, it is beneficial to the arrival at a positive conclusion at a later time in that it forces the person to at least recognize, research, and review the facts.

This familiarity with the information will give the person “the edge” when future discoveries are made and additional information is presented. The important thing is that one deals with the facts and does not simply discard them out of empathy and disinterest.

The real certainty about the truthfulness of the Qur’an is evident in the confidence that is prevalent throughout it, and this confidence comes from a different approach: exhausting the alternatives.” In essence, the Qur’an states, “This book is a divine revelation; if you do not believe that, then what is it?” In other words, the reader is challenged to come up with some other explanation. Here is a book made of paper and ink. Where did it come from? It says it is a divine revelation; if it is not, then what is its source? The interesting fact is that no one has yet come up with an explanation that works. In fact, all alternatives have been exhausted. As has been well established by non-Muslims, these alternatives basically are reduced to two mutually exclusive schools of thought, insisting on one or the other.

In fact, many references to Islam usually claim both theories. They start out by stating that Muhammad (peace and blessings be upon him) was crazy and then end by saying he was a liar. They never seem to realize that he could not have been both! For example, if one is deluded and really thinks that he is a prophet, then he does not sit up late at night planning, “How will I fool the people tomorrow so that they think I am a prophet?” He truly believes that he is a prophet, and he trusts that the answer will be given to him by revelation.

As a matter of fact, a great deal of the Qur’an came in answer to questions. Someone would ask Muhammad (peace and blessings be upon him) a question, and the revelation would come with the answer to it. Certainly, if someone is crazy and believes that an angel put words in his ear, then when someone asks him a question, he thinks that the angel will give him the answer. Because he is crazy, he really thinks that. He does not tell someone to wait a short while and then run to his friends and ask them, “Does anyone know the answer?” This type of behavior is characteristic of someone who does not believe that he is a prophet. What the non-Muslims refuse to accept is that you cannot have it both ways. One can be deluded, or one can be a liar. One can be either one or neither one, but one certainly cannot be both! The emphasis is on the fact that they are unquestionably mutually exclusive personality traits.

The following scenario is a good example of the kind of circle that non-Muslims go around in constantly. If you ask one of them, “What is the origin of the Qur’an?” he tells you that it originated from the mind of a man who was crazy. Then you ask him, “If it came from his head, then where did he get the information contained in it? Certainly the Qur’an mentions many things with which the Arabs were not familiar.” So in order to explain the fact that you bring him, he changes his position and says, “Well, maybe he was not crazy. Maybe some foreigner brought him the information. So he lied and told people that he was a prophet.” At this point then you have to ask him, “If Muhammad was a liar, then where did he get his confidence? Why did he behave as though he really thought he was a prophet?” Finally backed into a corner, like a cat he quickly lashes out with the first response that comes to his mind. Forgetting that he has already exhausted that possibility, he claims, “Well, maybe he wasn’t a liar. He was probably crazy and really thought that he was a prophet.” And thus he begins the futile cycle again.