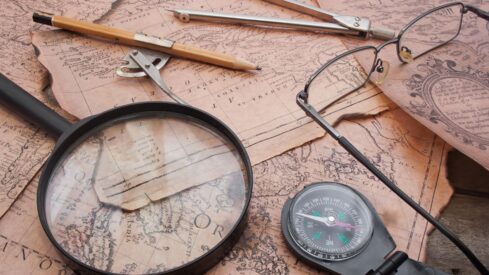 A twenty five hundred year old Cyrenian coin bears a puzzling image. A regal woman sits on a chair, touching a plant with one hand. Her other hand points to her genitals. To the uninitiated the meaning of the picture might range from the unfathomable to the slightly “kinky.” To the ancient peoples who saw this coin and circulated it in their daily commerce, the images were crystal clear. The plant, called silphion by the Greeks and silphium by the Romans, was one of those most valuable in the ancient world and the woman’s presence provides a frank, if demure, reminder of why. Silphium, was an herbal morning-after pill, readily available to our ancestors a hundred generations ago.
In the seventh century BC, Greek colonists established the city of Cyrene on the Libyan coast. Shortly after their arrival, wrote the Greek botanist Theophrastus (ca. 370-288 BC), they discovered silphium — the plant that would make them rich and the city famous. A member of the genus Feula, (commonly known as giant fennel), a large group of plants with deeply divided leaves and yellow flowers, the pungent sap from silphium’s stems and roots was used in cough syrups. It also gave food a rich distinctive taste when used as an additive. Of far greater importance was its value as a birth control agent.

Contemporary medical authorities were universal in their praise for silphium’s value as a contraceptive. The Roman physician Soranus, antiquity’s foremost gynecologist, wrote that women should drink the juice from an amount of silphium about the size of a chick pea, with water, once a month since “it not only prevents conception but also destroys anything existing.” The herbalist and pharmacist, Dioscorides, author of Materia Medica, recommended silphium for contraceptive and abortive purposes.
Anecdotal references to the plant’s value as a birth control agent is also found in contemporary non-medical literature. The first century BC Roman poet Catullus wondered how many “kisses” he and his girlfriend Lesbia might enjoy. The answer — “as many grains of sand as there are on Cyrene’s silphium shores.” The fifth century BC Athenian playwright Aristophanes mentions it in one of his bawdy comedies, The Knights.
Within a few centuries the supply of silphium was nearly gone. The plant only grew in a band about 125 miles long and 30 miles wide on the Libyan mountainsides facing the Mediterranean Sea. Attempts to cultivate silphium in Greece and Syria failed and by the 1st century AD, Pliny the Elder reported in Natural History that silphium was worth more than its weight in silver and that “only a single stalk had been found in Cyrene within our memory.” By the second century it was extinct.
While silphium was considered to be the most effective herbal contraceptive of the classical world, not everyone could afford it and there were always other substitutes. Another member of the Ferula species, asafoetida, which gives Worcestershire sauce its distinctive aroma, was also widely used (though considered less effective) since it was cheaper and more abundant.
Besides silphium and asafoetida, other plants were recognized as having both contraceptive and abortificant properties by ancient women. Hippocrates “the father of medicine” stated the seeds of Queen Anne’s Lace, or wild carrot, when taken orally both prevented and terminated pregnancy and recommended their use.

Other plants used in classical times as contraceptives included pennyroyal, artemisia, myrrh and rue. In Aristophanes’ 421 BC comedy The Peace, Hermes provides Trigaius with a female companion. Trigaius wonders if the woman might become pregnant. “Not if you add a dose of pennyroyal,” advises Hermes. Hippocrates also mentions the value of pennyroyal as a birth control agent though cautions that it is toxic and has to be taken in precisely calculated amounts.
Galen (AD 129-199), the foremost physician in the Roman world, and Dioscorides also recommended the use of pomegranate for birth control. The seeds were typically used as a pessary, (vaginal suppository), though one contemporary medical text documents use of pomegranate seed being taken orally as a post-coital contraceptive. The best known literary reference to the pomegranate’s contraceptive power is the Greek myth of Persephone and Hades. Persephone had eaten six pomegranate kernels while in the underworld and for that many months the land was infertile during the fall and winter.

Myths, legends, hearsay and ancient texts are not the only evidence that people were regulating births in the ancient world. Historical demographic studies indicate that in the first five centuries AD – a period of few wars or major epidemics, the population of the Roman Empire declined, while at the same time life expectancy increased. Attempts to attribute the decline to infanticide have not been supported by skeletal evidence, which shows less children being born per woman. The Greek historian Ploybius, speaking of what was happening in the cities, said families were limiting their size to one or two children.
Were the herbal contraceptives and early term abortificants responsible? For centuries historians paid little attention to ancient accounts of plants possessing birth control properties, referring them as “ineffectual potions.” Modern laboratory analyses however suggest that the plants used in these potions were effective and ancient women probably had more control over their reproductive lives than previously thought.
Silphium cannot be tested but experiments using crude extracts of asafoetida in rats, showed that it inhibited implantation of fertilized ova at rates up to 50 percent. Extracts of asafoetida’s close relatives were nearly 100 percent effective in preventing pregnancy when given within three days of mating. In 1986 it was shown that compounds in Queen Anne’s Lace blocked the production of progesterone, necessary for preparation of the uterus for a fertilized ovum. Women in rural North Carolina and Rajasthan, India both use the seeds to prevent pregnancy. Pennyroyal contains a substance, pulegone, that terminates pregnancies in both humans and animals.
If these herbal remedies did work, and classical era women did indeed access contraceptive methods that really worked — why, then, did the knowledge fade away?
Historian John M. Riddle suggests two primary factors. One was the change of medicine from something that virtually anyone could practice to the special province of men with formal training. Since the use of herbal birth-control agents was probably in the hands of women, it remained outside the canon of male-administered medicine, passed on by word of mouth and used mainly by those without access to the costlier professional physicians.
Second, from the Renaissance on, physicians distrusted folk medicine and usually treated it with disdain and ridicule. These negative attitudes about traditional medicine, herbal or otherwise, eventually pervaded throughout western society and the loss of folk knowledge about herbal contraception was almost complete.
Regardless of what happened to break the learning chain and why, the evidence is clear on one point — women in antiquity had significant control over their reproductive lives.

David Tschanz is a medical/military historian currently based in Saudi Arabia . He is also an epidemiologist, web developer, editor and demographer 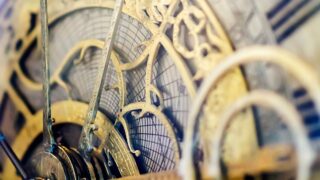