Introduction to how to Perform Salah (1) 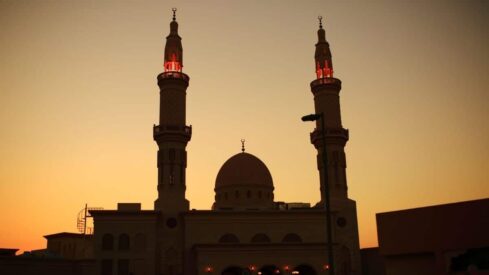 The first step of becoming a Muslim is to declare the Shahadah (Testimony of Faith). The words mean, “I bear witness that there is no one worthy of worship except Allah and I bear witness that Muhammad is the Servant and Messenger of Allah.”
Once this is done, performing the ritual Prayer called Salah five times a day becomes obligatory. Each Prayer must be performed at its specified time everyday.
It is highly recommended that men perform the five daily Prayers in congregation at a mosque. However, women—

especially those with young children—may pray at home. If there is not a mosque nearby, one can pray at home, school, the workplace, et cetera.
Conscientious performance of the ritual Prayers is an important quality of a believer that distinguishes him from a non-believer, and it should be done in complete humility and submissiveness to Allah. While performing the Prayer, a person should give it his undivided attention. He should not look around, talk to anyone, answer the door or phone, or attend to any worldly matters during Prayer.

The words of the ritual Prayer must be said in Arabic, though non-Arab new Muslims can pray in their own language until they learn the Prayers in Arabic. The best way to learn how to perform Prayer is to watch other Muslims. In sha’ Allah (If Allah wills) we will soon have online a flash file to show you how to pray.

Names and Times of the Five Prayers

The times of the Prayer are determined by the position of the sun. Thus the times vary from one place to another and from season to season. Most Muslims today refer to a Prayer schedule published by their local mosque. You can also find the exact times of the Prayers online at www.islamicfinder.com.

It is best to pray right after the start of the time for the Prayer, but one may wait a bit to pray. The Prayer is considered on time if it is offered before the end of its time period. (See below.)

Zhuhr (Noon Prayer) begins just after the sun has passed the meridian. It lasts until shortly before the ‘Asr Prayer begins.

‘Asr (Afternoon Prayer) begins when the length of the shadow of an object is equal to the object’s length plus the shadow’s length at noon. It ends about 10 minutes before sunset.

‘Isha’ (Night Prayer) begins, at moderate latitudes, when the sky is completely dark and ends just before the Dawn Prayer.