On the occasion of the 2022 Qatar World Cup

Islam has called to practicing beneficial sport and body exercises. The messenger of Allah, Muhammad (peace be upon him) also encourages it as he used to instruct his companions to engage in it for it ensures the strangeness of the body and healthy intellect. On the occasion of the 2022 World Cup hosted by Qatar for the first time in an Arabian Muslim country, IslamOnline releases a page that relates the view of Islam on sports. This is to showcase sport’s culture in Islam and to explain how our religion of Islam calls for and encourages the practicing of sports.

The page on the sport in Islam consists of numerous write-ups and research papers on the history, mental health, culture, ethics, and economics of the sport. This is in addition to compiling and displaying the most important and notable write-ups and findings that discuss Islam’s position on the sport, likewise, the history of Islamic and Arab culture.

The page does not only raise questions on the ability of sport to redefine or change the negative image of Islam, instead, it went beyond that by enhancing comprehensive and satisfactory responses for the normal readers, an act that is capable of eliminating the doubts that have been circulated and emphasized by a lot of Western media houses and research centers for decades.

What would you read from the page ‘Sport in Islam’?

Even though the page on the sport in Islam is directed to the western communities who are ignorant of many issues about Islam and the Muslims. It is also directed to Arab and Islamic communities through which they will discover that Muslims were at the forefront in terms of practicing sports activities and encouraging their descendants to be concerned about the fitness of their bodies as they show concern for their minds.

To cite a few samples for this page, we may wish to read the following contents:

From the page, we will also read the following write-ups:

The legality of practicing sport

The role of Islam in nurturing the youths

The care for the body and the mind

Self-confidence….How do we promote it and detach it from deception?

How do you learn to become successful?

What is Mental Exhaustion?

Practicing Sports between yesterday and today

A healthy body in a healthy imagination

Sport is our work and the Prophet is our model

The Prophet Muhammad (peace and blessing be upon him) the seal of the messengers and the Prophets said: “A strong believer is better and dearer to Allah than a weak one, and both are good” (Sahih Muslim).

In order to study many aspects of the Prophet’s life, we recalled the history of the sport: Forty Hadith on the virtue of sport authored by Muhammad Khair Ramadan Yusuf, a book that is considered so important in this aspect. In fact, every Muslim and non-Muslim reader (male or female) should read it so as to take a correct Islamic culture from the world of sports. The author had sieved the books of noble hadith, and he compiled authentic traditions that are related to different aspects of sports. With that, he was able to present to us a glimpse on the position of sport, its types, its benefits, and its ethics in the history of Islam. The author pointed to his methodology, its drives, its aims, and scopes. He asserted that this book of his: “does not contain all forms of sports in Islam. It is also not an objective examination of different aspects of sports, instead, it is just a contribution and a reminder on some aspects of sports justifying that with some authentic hadith”

Of the benefits of sport is its ability to provide the body its due right. Reported by Abdullah bn Amr may Allah be pleased with them that the Messenger of Allah (peace be upon him)  said: “Your body has right over you”. Also, of the benefits of features of sport in Islam  is that: “it is not the target on its own, instead, it is just a means to virtues acts”

The Prophetic traditions have revealed to us many forms of sports in the history of Islam which cover different fields that a person should get himself involved in one of them at least. Among them are the sports of walking, wrestling, boxing, swordplay, hunting, horse racing, learning swimming, spiritual sport, and so on.

Today, no place on the earth could be exempted from the discussion about the sport. For this, we observe that the great attention given to sports today necessitates for Muslims to go back to the verses and hadith related to sports in order to seek clarity about Islamic rulings, sport ethics, and their implementation in this world of sports that is saturated with violations related to the body, society, and character.

In this matter, there is a great responsibility on the media personnel, the writers, the administrators and sportsmen to help create awareness on wrong thoughts and wrong notions about the relationship between Islam and Muslim relations with sports.

It is worth mentioning that the number of views on the Islamonline Website is more than 4 million monthly. 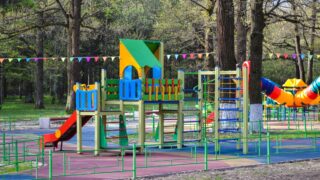