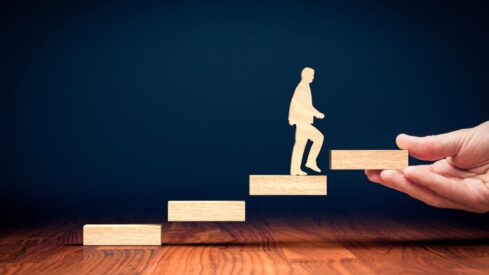 Imagine three people running a race of equal athletic ability. The first person has weights strapped on to every inch of their body, so they don’t see the load they carry but they just feel heavy and exhausted, and in a short amount of time, they burn out. They keep trying but keep burning out quickly every time.

The second person is trying to run while carrying a heavy load they recognize and see is on their backs, but they are still determined to run. Unfortunately, the load they carry slips around, and even distracts their vision from the racecourse so they veer off in the wrong direction often. Because they won’t simply let go of the load, even coming back to the racecourse itself becomes its own challenge.

The third person has no weights or loads. They are free to run without anything holding them down. They feel light as the wind, and they actually enjoy the run.

It’s the one God mentions twice in the Qur’an:

We see the image of the race, of rushing to Allah with speed, in the following verses:

“Race toward forgiveness from your Lord and a Garden whose width is like the width of the heavens and earth, prepared for those who believed in Allah and His messengers. That is the bounty of Allah which He gives to whom He wills, and Allah is the possessor of great bounty.” (Al-Hadid 57:21)

“And hasten to forgiveness from your Lord and a garden as wide as the heavens and earth, prepared for the righteous.” (Al-Imran 3:133)

In these verses, two different Arabic roots are used to describe this act of racing. The first (s-b-q) has the meaning of competition. The second (s-r-‘) has the meaning of speed and haste. Both roots have also been used with an aleph—implying it is done with others.

Sheikh Al-Tantawi mentioned in his tafsir (exegesis):“The meaning of al-sabq is that the one who walks surpasses the one walking with them, and reaches the destination before them.”

From the important reflections to be taken from these verses is that, in truth, we are all headed somewhere in a race whether we consciously know it or not. God asks all of humanity: “Where are you going?” (At-Takwir 81:26). And just as Allah mentions those who race for good he also mentions those who actually race for disbelief:

“O Messenger! Let them not grieve you (those) who vie with another in the race to disbelief…” (Al-Ma’idah 5:41)

Besides, many times the concept of competition ‘being healthy’ is actually practiced in a very worldly sense where greed, jealousy, and enmity towards the competitors would be felt. This is the way of those in the “Rat Race” which is also described in the Qur’an:

“Many of them you see, racing each other in sin and enmity, and their eating of things forbidden. Evil indeed are the things that they do.” (Al-Ma’idah 5:62)

When it comes to racing for other than Allah, enmity comes with the race. If the deity or actual goal in the race becomes material, then the heart becomes jealous and desires enmity. So if two sisters are memorizing Qur’an and one gets ahead of the other, and the second sister actually wishes bad upon the first for getting ahead, the jealous sister should realize she was racing for dunya (current life) and therefore material worldly gain and not Allah. Deep down, she questions Allah’s qadar (recorded plan) in allowing her sister to excel in Qur’an. Maybe she wanted worldly fame for being a hafitha (one who has memorized the Qur’an), or was memorizing for no other goal than being better than others.

She should also realize that not only is she headed in the wrong direction, but she is also carrying weights strapped onto her, the enmity and lack of self-approval, that is weighing her down. If she was happy for her sister, while also wishing good for herself, this is as it should be. However, even if religious and community leaders feel enmity towards one another for some good that the other has achieved, this is a sign that they have veered off course, and are heavy with the burden they have chosen to carry until they let it go.

I use the term ‘chosen’ because holding onto jealousy is something we have been asked to avoid, so it falls within the realm of our own abilities and choices. The Prophet, peace be upon him, mentioned: “Avoid jealousy, for it destroys good deeds as fire destroys wood.”

There are also those who always assume others are jealous of them, that they are the destination of other people’s races. This usually means that instead of looking ahead of themselves, they’re busy looking back and wishing for others not to catch up. Rather than fixing their sight on the pleasure of God, they too get caught in the “Rat Race” of enmity, and veer off course.

Yet, the opposite spirit is the case for those truly racing towards God. Surrounding yourself with excellent company means you will be competing with the best. This means you will actually achieve much more than you would on your own. Their company is a blessing that helps you push yourself harder. The race is not about beating others as much as it’s about achieving your own best efforts for Allah, because He, Al-Kareem (the Generous), rewards without measure from His infinite mercy to each and every one of us.

Here the race track is much more of an obstacle course anyway with each person racing through their own set of unique life challenges and opportunities designed according to the perfection of Allah’s plan. This is exemplified when Prophet Zachariah, peace be upon him, was inspired to make du`a’ (supplication) to God for a son right after Maryam,  peace be upon her, explains to Him that God is the source of her rizq (wealth or provision).

Now imagine that as we race to Allah, He also rushes towards us as is mentioned in the Hadith Qudsi (record of the words of the Prophet, peace be upon him, relating words of God that were not revealed as part of the Qur’an):

Finally, As-Sirat (the bridge) over Hell-Fire which we all have to cross in order to enter Jannah (Paradise) provides important imagery. Some will crawl, others will walk, and the very fortunate will run across. It is those who ran to Allah in this life, who will get to run to Him in the next.

The lessons in this 4-Part Series were inspired by the free 7-Day Trial of the iPersonalEnrichment.com program. While this series focuses mostly on concepts, the program works to internalize them. 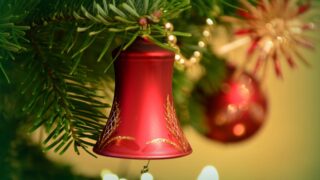