Should an Apostate be Killed? 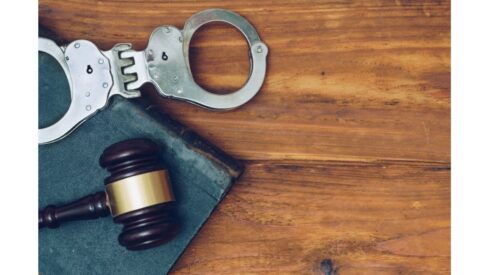 We Muslims believe that Islam is an action of the heart. In other words, all aspects of the Qur’an and the Sunnah stress the fact that no one is to be forced to accept Islam, whether through conversion or through remaining a Muslim.

Many verses in the Qur’an testify to this fact, where we read what means:

The very meaning of the Arabic word deen, which is translated into English as “religion,” relates more to the heart and the inner self of man. Many other occurrences in the Qur’an testify to this fact and make the killing of someone because of that person changing his or her religion a taboo.

A close study of the life of the Prophet (peace and blessings be upon him), which serves as an example for all Muslims to learn how to practice Islam and carry out its injunctions, will show us that he never killed people who changed their religion or left Islam, for the reason of their leaving Islam.

In incidents when the Prophet commended the killing of some people, it was because they had committed an offense to the Muslim community, threatening its safety, or because they had killed someone and were killed themselves in retaliation. Therefore, killing them had nothing to do with their apostasy.

In fact, many Islamic scholars support the view that there is no prescribed punishment (hadd) for apostasy. In doing this, they use both reason and strong evidence from Qur’an and Sunnah.

Hadd is a punishment allocated and defined by Shari`ah as a punishment for infringing a certain prohibition or limit. For example, the hadd for adultery is lashing for an unmarried adulterer and adulteress. The number of the lashes allocated for the carrying out of this punishment is 100 lashes. Therefore, if someone who has committed adultery and is proven guilty is lashed 100 lashes, this will mean that the hadd has not been applied. This means no one can decrease or increase the degree of the punishment.

The hadd is a well-defined punishment, and is explained by Allah in both the Qur’an and Sunnah.

Furthermore, the hadd cannot be reneged. That is to say, there is no pardon once a person is proven guilty. For example, if someone is proven to have consumed alcohol and is brought for punishment, a judge cannot forgive and release this person without applying the hadd on him.

The Islamic scholar, Imam Ahmad ibn Hanbal related in his book Musnad the first time the hadd was applied for a man found guilty of theft during the time of the Prophet. The Prophet felt sorry for him, yet he commanded for the hadd to be applied. Some Companions said, “O Messenger of Allah! Why do you feel sorry?” The Prophet said, “Why shouldn’t I while you have brought him to me and you could have hidden his offense (i.e. giving the man a chance to repent)? Allah is the Pardoner and He loves pardoning, but it is not allowed for a ruler to whom an offender is brought for the hadd to be applied, to drop that hadd.”

*{He who disbelieves in Allah after his having believed, not he who is compelled while his heart is at rest on account of faith, but he who opens (his) breast to disbelief on these is the wrath of Allah, and they shall have a grievous chastisement. This is because they love this world’s life more than the hereafter, and because Allah does not guide the unbelieving people. These are they on whose hearts and their hearing and their eyes Allah has set a seal, and these are the heedless ones. No doubt that in the hereafter they will be the losers.}* (An-Nahl 16:106-109)

Even the “Apostasy Wars” that were fought after the death of the Prophet were actually wars against dissenters who refused to conform to the law of the state and began an organized rebellion, which were tantamount to treason at that time. In fact, these were wars to protect the safety of the state and to ensure the supremacy of the law governing everyone living within the borders of the Muslim state during that time.

There is more evidence that the Prophet did not kill or punish anyone for leaving Islam, as there is no allocated hadd, in a hadith. A Bedouin came to the Prophet and asked to take back his pledge of allegiance, i.e. to leave Islam. The Prophet was addressed three times and did not answer until the man left. The Prophet did not harm him in the least, but said, “Truly, Madinah gets rid of its filth exactly as fire removes the filth of iron.” (Al-Bukhari)

In short, there is no clear evidence in Islam to say that a person who leaves Islam has to be killed. There may be other reasons to justify punishing a person who commits an offence in society or infringes upon the law, but to say that there is a hadd for apostasy is totally against the very basic teachings of Islam which allow people full freedom to choose their way of life.

Conversely, people who try to threaten the law of a country should be duly punished. But people who choose Islam and then recant should by no means be killed, for the action of the heart is something between man and God, and only God can rule on such matters. 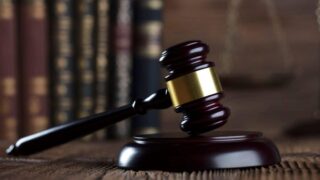