Sports between practicing and science

Sport has been in existence within human societies since its inception, and there is no society that doesn’t know one form or more of sport, until sport shifted from being practiced to science and knowledge.

In northern Greece, on Mount Olympus, and near the Temple of Zeros, the Olympic Games were held every four years, starting from 776 BC, until the fourth century AD, when the Roman Emperor Theodosius1 abolished them. The program ran for five days long, and included wrestling, sprinting, javelin, racing wheels, horses and jumping, but the site of the Olympics was buried by sediment as years passed by. By the middle of the eighteenth century AD, some of those ruins began to appear, and archaeological expeditions were encouraged to search for the ancient place, and within 1875, German archaeologists found the Temple of Zeros.

The discovery gave rise to the idea of the French Baron de Coubertin to hold an Olympics in the same place, and after long efforts the first Olympiad was held in 1896. De Coubertin hoped to unite people on new bonds that went beyond the idea of nationalism, political boundaries and racism, and on the other hand he saw in sport a way to overcome the psychological effects of the French defeat in 1870 against the Kingdom of Prussia, so the prosperity of sport at the international level came after the emergence of European nationalities, and the maturity of national consciousness.

Since that date, sport has shifted from play and entertainment, to occupy an active place in the world of politics, economics, sociology and health, and the book “Sport and Society” by Dr. Amin Anwar Al-Khouli explains a journey that transforms sport from play to science and knowledge, and from the margin to the penetration into the fabric of contemporary society.

Sport has been associated with human societies since its inception, there is no society without knowing one of its forms, whether as a preparatory for combat, a recreation for pleasure, or a method of education and evaluation. Currently, sport is in an advanced stage of play, as it is governed by laws, customs and standards, but it has been crystallized socially from the same cultural fabric of play, after it was in the nineteenth century one of the main solutions to occupy the free time of the aristocracy. However, in the modern era the “sociology of sports” and the concept of “sports sciences” have been used to measure the progress, urbanization and economic and knowledge abundance of societies.

Dr. Amin Al-Khouli “Sports and Society book” treated sport as a research topic that was addressed only in the last three decades of the twentieth century, where efforts were made to lay the foundations of imperialism theory for the sociology of sport as a sub-topic of physical education sciences. The science of sport was analyzed according to sociology and its theories.

In one of these researches, the philosopher Herbert Spencer treated sport on the basis that it is energy accumulated in unused abilities, and his theory was known as (Surplus Energy Theory). The theory explains the tendency to play on the basis that the organism created possesses more energy than physical needs in various aspects, and this accumulation in energy requires a way out to exhaust it and this is what pushes man to play, and then sports provides a way out to discharge that excess energy, and works as a safety valve to maintain the natural balance of energy of the individual. This energy was likened to the safety valve in boilers, which exits excess steam so that the boilers do not explode, so play and sports maintain the balance of the individual, especially in childhood, and there are theories that go that play In human life, it plays a qualifying training role to normalize the elements of social life, as play restores unpleasant events with the aim of controlling them, minimizing their impact or even nullifying them.

It is noted that sport has been founded throughout its history on the foundations of social values, the moral basis is one of the most important foundations on which sport has been based in supporting its human journey. It is one of the acceptable social means to empty the repressed motivations and impulses, and to relieve the feelings of suffering and tension that the individual senses about the pressures of various social life. It is also one of the means of getting rid of aggression, and the means of developing the social personality.

Other researches in the field of child movement also showed that the individual’s sense of satisfaction with his body is closely related to himself. The child’s self-acceptance is also influenced by the degree of cognitive-motor sufficiency.

Sports and the Hidden Approach

The media and modern communication, especially television, played a role in the spread of interest in sports, and the entry of sport on the line of huge profits and investments, made them popular projects, especially since some sports are related to the class to which the person belongs, then the economic and social level. Hence, there is a direct link between social development, social welfare and sports. Sport is a civilizational interface for society, and the increase of athletes and sports have led to the creation of a wide consumer market both in sports supplies and clothing, and in the field of advertisement.

There is actually a discussion about the role of sport in imparting values, and this type of learning has been called the “hidden curriculum”, which means: “the things that the pupil learns in school, but they are not within the formal curriculum, including learning tolerance, learning the concept of competition, insisting on winning, and cooperating with others”. The hidden curriculum expresses the sum of the values and behaviors acquired outside the curriculum.

The hidden curriculum, of which sport is one of the most important tools, contributes to the education and training of students to deal with their environments and society, and students learn it through practice, friction, interaction, error, right and experience. This role may be pivotal in the formulation of personality; especially in the early stages of upbringing, and perhaps this is what the American pedagogue (John Taylor Gatto) confirmed in his book “The Hidden Curriculum of Compulsory Education” by saying: “I noticed a phenomenon during my thirty years teaching, that no one believes that scientists have been trained in science classes, politicians in civics classes, poets in English classes, the truth is that schools don’t really teach anything but how to obey orders.”

The truth is that the “hidden curriculum” that imparts values and behaviors to students in schools, and sports is regarded as one of its elements, is not limited to school only, but extends to life in all its diversity. The practice of sport greatly opposes ethnic and color intolerance, through the establishment of the value of tolerance and the development of the concept of competition based on seriousness and perseverance, and that the way to win depends on diligence. This might explain the heavy presence of black people in the world of sports, and some of them have turned into world champions. As a result, we may claim that sports has the ability to silence a lot of cultural, ethnic, and class sensitivities. 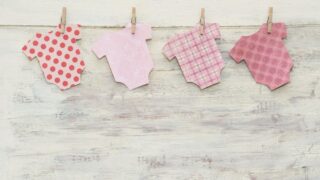