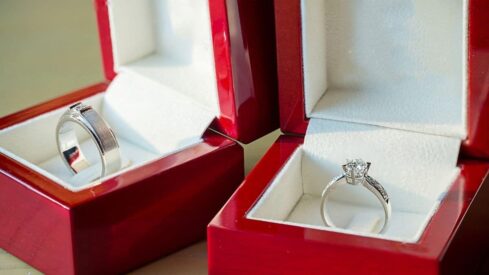 A woman holds a very high status in the Islamic faith. She is honored and respected at all times, but many startling transgressions have crept into Islamic practice. These transgressions have been caused by cultural influences that have no basis in Islam.

One such influence is the dowry. Muslims living on the Indian subcontinent have slowly incorporated the payment of dowry into their lives. In India, the dowry originated in the upper-caste Hindu communities as a wedding gift (cash or valuables) from the bride’s family to the groom’s family. There is nothing strange or unique about a culture influencing Muslim practice, as it is a common occurrence around the globe. There is nothing wrong with this as long as those cultural practices do not contradict Islamic law. The practice of dowry, however, does in fact transgress Islamic Law.

[And give women their dower as a free gift, but if theof themselves be pleased to give up to you a portion of it, then eat it with enjoyment and with wholesome result.](An-Nisaa’ 4:4)

[And all married women [are forbidden to you] except those whom your right hands possess. (This is) Allah’s ordinance to you. And lawful for you are (all women) besides those, provided that you seek (them) with your property, taking (them) in marriage not committing fornication. Then as to those whom you profit by, give them their dowries as appointed; and there is no blame on you about what you mutually agree after what is appointed; surely Allah is Knowing, Wise.] (An-Nisaa’ 4:24)

Cultures that demand dowry from the bride’s family are actually practicing the opposite of what Allah has commanded. They have reversed Allah’s words in their practice. The bride is forced to pay a negotiated amount to the groom unless the man chooses not to take it. When the woman brings less than the negotiated amount, she has to endure constant torture from her in-laws after marriage. When the husband or in-laws are not satisfied with the dowry brought by the bride, they may even go so far as to kill the woman after marriage.

The most severe among all the dowry abuse is “bride burning.” The parties engaged in the murder usually report the case as an accident or suicide.

While dowry abuse is most common among Hindus, it is rising among Muslims too. Despite the Dowry Prohibition Act of 1961, dowry abuse is arising in the Indian subcontinent. The Indian Ministry of Home Affairs and the National Crime Records Bureau (NCRB) reported 6,285 deaths in 2003. The official records always include under-reportage. For example, in Delhi, 90 percent of cases of women being burned are recorded as accidents, 5 percent as suicides, and only the remaining 5 percent are shown as murders. The statistics of dowry deaths in the whole of India is spine-chilling.

Many women remain unmarried due to this dowry. Even worse is that when Muslim men intend to honor the mahr to their brides, it is often rejected. The women prefer to remain unmarried rather than to marry someone who is not from their culture. Another common practice is that people “exchange” their sons. In other words, they give a bridegroom (usually their son) to a woman to be married in exchange for a bridegroom from the woman’s family (the bride-to-be’s brother or any unmarried relative), so that they can have their daughters married without a dowry. This places an incredible disadvantage on the parents who have daughters and no sons. The parents of the daughters have to give money to get their daughters married!

It is a sad irony that women (mainly mothers-in-law) are oppressive towards other women (daughters-in-law). It is mainly the mothers-in-law-to-be who demand dowry from the bride’s family and who end up torturing the daughter-in-law after marriage if she brings less than the negotiated amount.

Syed (not his real name), aged 35, from Chennai, India said, “It is difficult to find a bride who would be able to afford all that my mom asks. … Because of this I am still unmarried.” When I asked his mother why she demands a dowry from the bride, she said, “We have spent so much on our son, for his education, for raising him and now we will marry him off and most of the money he earns will go to his wife. So she will benefit from all the money we spent on him. For that they can pay an amount to have our son.”

Ahmed (not his real name), 29, from Delhi, India, said, “I don’t want to take any dowry, but can’t stop my parents from asking, as I will disrespect them if I do so.”

So in an effort to respect parents and to conform to cultural norms, Muslim youth in India are bending over backwards to follow traditions that aren’t even rooted in Islam. Demanding a dowry and getting married may seem valid in the eyes of many, but will the marriage be validated in the eyes of Allah? If a culture contains un-Islamic practices, then one should not feel any shame in breaking those conflicting traditional practices. The practice of dowry has caused Muslims in many parts of the world to continue their prejudices against women despite the Islamic prohibitions against dowry. On the Indian sub-continent, a woman is considered to be a great burden mainly because of the dowry system. It is common to see people rejoicing over the birth of a son and lamenting over the birth of a daughter. Why aren’t people listening to the message of Islam instead of following the customs around them?

[And when a daughter is announced to one of them, his face becomes black and he is full of wrath. He hides himself from the people because of the evil of that which is announced to him. Shall he keep it with disgrace or bury it (alive) in the dust? Now surely evil is what they judge.] (An-Nahl 16:58-59)

Allah tells us that infanticide is a grave sin and that favoring one gender over the other has no grounds in Islam. As Muslims we should consider the birth of daughters to be a great blessing. Malik reported that Allah’s Messenger (peace and blessings be upon him) said, “He who brings up two girls properly till they grow up, he and I will come (together) (very closely) on the Day of Resurrection,” and he interlaced his fingers (Muslim 32:6364).

Islam stressed fairness and kindness. Islam ensures that boys and girls are treated equally. It is unfortunate to see people submitting themselves to dictates of culture rather than to the will of Allah Who is our Creator, Cherisher, and Sustainer. Let us not succumb to the fitnah caused by culture and let us stand in practicing Islam by enjoining what is right and forbidding what is wrong.[And from among you there should be a party who invite to do good and enjoin what is right and forbid the wrong and these it is that shall be successful.] (Aal `Imran 3:104)