What is an accepted Hajj? 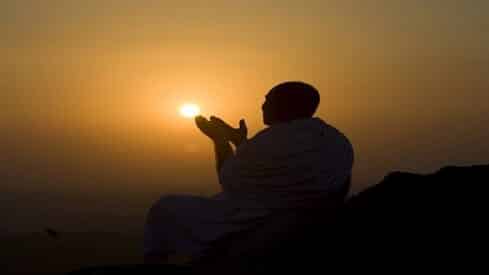 Sheikh Mustafa Al-Zarqa, may Allah have mercy on him, said:

Hajj is one of the obligations of the religion and one of the principles of Islam. The foundation of performing these obligations is sincerity, so that they are accepted by Allah, pleasing to Him, and worthy of their immense reward. An accepted Hajj means a Hajj which Allah rewards with goodness, and Hajj is like that if no sin is mixed with it.

In order for the Hajj to be accepted, a person must complete his pilgrimage sincerely for the face of his Lord; because when Allah, the Most High, enjoined Hajj on the people, in His book, he indicated that this obligation is for him and nothing else. He said: {And [due] to Allah from the people is a pilgrimage to the House – for whoever is able to find thereto a way. But whoever disbelieves [i.e., refuses] – then indeed, Allah is free from need of the worlds.} [Al Imran:97]

In order for the Hajj to be accepted, the pilgrim should turn to his Lord sincerely with supplication and hope, repentance and seeking forgiveness, and supplicates like: O Allah, you are the companion in travel, and the successor in the family, O Allah, I seek refuge in You from bad companionship in travel and sadness on return, O Allah, fold the Earth for us, and make it easy for us to travel.

There are many such supplications in various places and occasions, because a pure, honest and sincere supplication is the brain of worship, as it was reported from the Messenger of Allah, peace be upon him.

In order for the Hajj to be accepted, the one performing it must perform Hajj from good, lawful money, which is neither forbidden nor bad, because the Messenger, peace and blessings be upon him, says: “Allah is good and accepts only what is good.”

Among the requirements of an accepted Hajj is that the pilgrim should not neglect any of its duties, nor its etiquette and Sunnah, and that there be a lot of obedience, worship and spending. He should be a good example of noble morals, feed food as much as he can, speaks gently, bears the mistakes of others and to forgive and pardon. He returns from Hajj ascetic from the desires of this world, rather desiring the good deeds of the Hereafter, and with the intention of perpetual repentance and righteousness. Allah the Almighty says: {Hajj is [during] well-known months, so whoever has made Hajj obligatory upon himself therein [by entering the state of iḥrām], there is [to be for him] no sexual relations and no disobedience and no disputing during Hajj. And whatever good you do – Allah knows it. And take provisions, but indeed, the best provision is fear of Allah. And fear Me, O you of understanding.}

Also, the prophet, peace be upon him said: “Whoever performs Hajj (pilgrimage) and does not have sexual relations (with his wife), nor commits sin, nor disputes unjustly (during Hajj), then he returns from Hajj as pure and free from sins as on the day on which his mother gave birth to him.”