Where is Happiness in Islam? .. Happiness & Science (2) 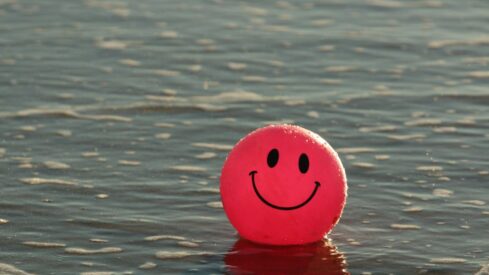 Part 1 of Happiness in Islam discussed the evolution of happiness in western thought and its effect on western culture. In part 2 we will re-examine the definitions of happiness and talk about the relationship between science and happiness and how this in turn relates to the teachings of Islam.

The Merriam Webster online dictionary defines happiness as a state of well-being or contentment, a pleasurable or satisfying experience.

Philosophers often define happiness in terms of living a good life. Happiness has also been defined as a state of well-being, characterized by emotions ranging from contentment to intense joy.

In the past few years psychologists and researchers have been studying people all over the world to find out what exactly makes us happy. Is it money, attitude, culture, memory, health, or altruism? New findings suggest that actions have a positive effect on happiness.

“Yes! Magazine” has come up with a list of scientifically proven strategies for becoming happy.  Not surprisingly they neatly correspond to the way God and His messenger Muhammad (peace be upon him) have taught us to behave, which is an indication of the perfection of Islam.

Here, in no particular order, are seven “scientifically” proven ways to increase happiness.

According to Stanford psychologist Sonja Lyubomirsky, focusing on our own personal achievement instead of comparing ourselves to others, leads to greater satisfaction.

God says in the Quran:

{Do not strain your eyes in longing for the things that we have given to some groups of them to enjoy, the splendor of the life of this world through which we test them.  The provision of your Lord is better and more lasting.} (20:131)

“Happy people…see possibilities, opportunities, and success. When they think of the future, they are optimistic, and when they review the past, they tend to savor the high points,” say Diener and Biswas-Diener.

“Do not think little of any good deed, even if it is just greeting your brother with a cheerful smile.” (Muslim)

“To smile in the face of your brother is charity given on your behalf.” (At-Tirmidhi)

One of Prophet Muhammad’s companions said:

“Since the day I accepted Islam, the Messenger of God would never meet me without a smiling face.” (At-Tirmidhi)

The late Islamic scholar Sheikh Ibn Baz said, “A smiling face indicates a good quality and causes blessed results – it indicates that one’s heart is free of rancor and it causes affection to grow between people”.

Get Out and Exercise

A Duke University study shows that exercise may be just as effective as drugs in treating depression. Prophet Muhammad said:

“A strong believer is better and more beloved in the sight of God than a weak believer.” (Muslim)

He was not only talking in terms of faith and character, but also that optimum health and fitness were desirable traits in a believer.

“Happier people tend to have good families, friends, and supportive relationships”, say Diener and Biswas-Diener. We don’t just need relationships, we need close ones that involve understanding and caring.

{Worship God and join none with Him in worship, and do good to parents, kinsfolk, orphans, the poor, the neighbor who is near of kin, the neighbor who is a stranger, the companion by your side, the wayfarer (you meet). Verily, God does not like those who are proud and boastful.} (4:36)

“Among the things that bring happiness to a believer in this life are a righteous neighbor, a spacious house and a good steed”. (Al-Albani, 116)

Islam places great emphasis on the solidarity of families, neighborhoods and the wider community.

People who keep gratitude journals on a weekly basis are healthier, more optimistic, and more likely to make progress toward achieving personal goals, according to author Robert Emmons.

At the core of the teachings of Islam is the idea that to be happy or content we must be grateful to God, not just for what we perceive to be blessings but for all circumstances.

Whatever condition we find ourselves in we are grateful and sure that it is good for us as long as we are following the teachings of God. God said:

{Therefore, remember Me (God) and I will remember you, and be grateful to Me (for My countless Favors on you) and never be ungrateful to Me.} (2:152)

{And (remember) when God proclaimed: ‘If you are grateful I will give you more (of My Blessings); but if you are ungrateful verily, My punishment is indeed severe.’} (14:7)

Make altruism, and giving in charity, part of your life, and be resolute about it. Researcher Stephen Post says helping a neighbor, volunteering, or donating goods and services results in a “helper’s high,” and you get more health benefits than you would from exercise or quitting smoking.

Islam encourages people to be generous towards family, friends, neighbors, strangers and even enemies. This is mentioned repeatedly throughout the Quran and the authentic traditions of Prophet Muhammad.

{Say: “Truly, my Lord blesses the provision for whom He wills of His slaves, and also restricts it for him, and whatsoever you spend of anything (in God’s Cause), He will replace it. And He is the Best of providers.} (34:39)

The people came to the Prophet Muhammad, and asked:

“If someone has nothing to give, what will he do?”

“He should work with his hands and benefit himself and also give in charity (from what he earns).”

The people further asked: “If he cannot find even that?”

“He should help the needy who appeal for help.”

Then the people asked:

“Then he should perform good deeds and keep away from evil deeds and this will be regarded as a charitable deed.” (Al-Bukhari)

People who put money high on their priority list are more at risk for depression, anxiety, and low self-esteem, according to researchers Tim Kasser and Richard Ryan.

“Be happy, and hope for what will please you. By God, I am not afraid that you will be poor, but I fear that worldly wealth will be bestowed upon you as it was bestowed upon those who lived before you.  So you will compete amongst yourselves for it, as they competed for it and it will destroy you as it did them.” (Al-Bukhari)

Happiness is not only intense joy, it also involves contentment.

In the next article we will examine the role of happiness in Islam and discover that following the commandments of God is the path to righteousness, contentment and happiness.