Who is a Kaafir? 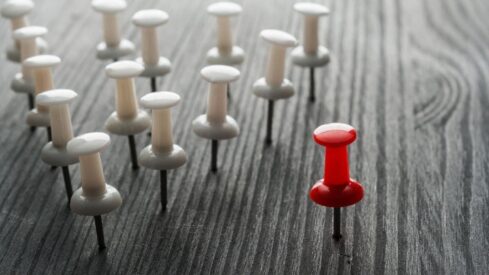 *{And whoever desires a religion other than Islam [peaceful submission to God], it shall not be accepted from him, and in the hereafter he shall be one of the losers.}*

*{Surely those who believe and those who are Jews and the Sabians and the Christians whoever believes in Allah and the last day and does good– they shall have no fear nor shall they grieve.}*

We Muslims believe – no doubt – that the religion of God is Islam and it means peaceful and unconditional obedience to Allah, The Almighty. All the prophets preached the same religion of complete submission to God.

*{And strive for Allah, [such] a striving a is due to Him; He has chosen you and has not laid upon you any hardship in religion; the faith of your father Ibrahim; He named you Muslims before and in this, that the messenger may be a bearer of witness to you, and you may be bearers of witness to the people; therefore establish prayer and pay Zakat (alms) and hold fast to Allah; He is your Guardian; The Best Guardian and The Best Helper!}*

By the time the last prophet, Muhammad (pbuh), came with the final universal version of the divine guidance, Jews and Christians had strayed much from the original religion of Islam (submission to God), as taught by their respective prophets. So, Muhammad (pbuh) invited them to revert to Islam. Also, he told them that he was the prophet foretold in their scriptures.

Many of them did recognize in him the last prophet mentioned in their own Books, and reverted to Islam. It was the completed form of revealed monotheism, assigned to prophet Muhammad (pbuh), along with the Holy Qur’an as the last testament. They became Muslims, in the sense of followers of Muhammad. But some of them remained adamant in their belief. Here we may see the difference between the pure and perfected religion of Islam, as taught by Muhammad (pbuh) and the distorted conceptions, followed by those Jews and Christians who did not accept the message of Muhammad (pbuh).

Allah says in the Holy Qur’an as mentioned up in Surah 5, verse 69 – that those of the Jews and the Christians who accepted the correct beliefs and led a life of a true submitter to God – as conveyed by the succeeding prophets – and were obedient to God, have nothing to fear. Thus, we should understand that such people will have no difficulty in recognizing the true messenger of God, foretold in their own Books. But if they reject the Qur’an and the last prophet of God, the reason can only be their unwillingness to submit to Allah.

After the Jews and the Christians come to know about the perfected guidance in the Qur’an (after knowledge had come to them), if they persist in their error, Allah will then call them to account. So the meaning is obvious: Jews and Christians, who whole-heartedly submit to Allah, have nothing to fear. And when they know that – as predicted by their own Books – the last prophet has come with the perfected form of Islam, their duty is to follow him. If they are sincere in their obedience to God, they would simply do so.

Also, you can see how the Qur’an highly appreciates ahl al-kitab (People of the Book) in many verses. For example, in Surah 5, verse 83, Allah describes the sincerity of Christians and the tenderness of their hearts that shows when they listen to the Qur’an:

*{And when they hear what has been revealed to the messenger, you will see their eyes overflowing with tears, for the truth that they recognize; they say: Our Lord! we believe, so write us down with the witnesses [of truth].}*

The word kaafir is one of the most misunderstood terms in the Arabic language. In fact, it need not have the stigma that is often associated with it. It can be used simply in the sense of non-submissive to God.

The word kaafir comes from the root verb, kafara, which means cover. It was originally used before Islam, in the Arabic language, to describe farmers, when they bury a seed in the ground and cover it with soil in their planting process. Therefore, we may say that the word kaafir implies from its root meaning a person who hides or covers the truth. This is in opposition to a Muslim, who openly testifies to the truth and submits willfully and peacefully to it. In Islamic parlance, it is used to mean someone who deliberately rejects the true faith.

We should avoid calling anybody a kaafir, because only Allah knows who is truly a rejecter of truth and who is merely a misguided person. It is not up to us to “sentence” a person to the wrath of God! We must always maintain a spirit of tolerance and goodwill, along with our zeal to convey the message of truth to others, whatever be the odds!!

Hidaya or guidance is always given by God, and it need not depend on the extent of ones knowledge. What is important, is the purity of heart and the sincerity of purpose to get at truth. If these conditions are satisfied, God will guide a person to the true faith, if He wills.  In fact, in every person’s heart, God has put a bias towards good. Along with this, he/she may absorb a lot of good from ones parents and environment, which includes religion. God will still judge those who have not known about Islam, on the basis of their own standards of goodness and their own sincerity of intention. We should not worry about Allah’s justice, but rather about how much effort we did to convey His message of mercy to those who never heard of it. This is, along with clearing the misconceptions and distortions.