An Introduction to Religion and Economics 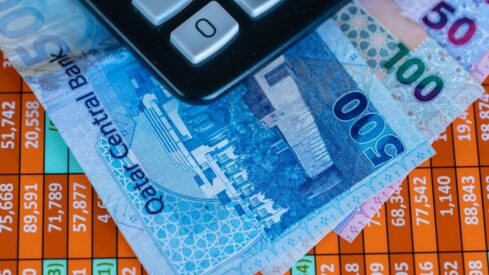 The relationship between economics and religion has a very solid ground in Islam. This has reflected positively on Muslim society, which became a distinguished society in the way it dealt with the economical life of the individual, and consequently the society as a whole.

Islam consists of a set of beliefs which organizes the relationship between the individual and his creator; between the person and other human beings; between the person and universe; and even the relationship of the person to himself. In that sense Islam regulates human behavior, and one human behavior is economic behavior. Economic behavior is dealt by Muslims as a means of production, distribution, and consumption of goods and services. In Islam, human behavior—whether in the economic area or other areas—is not value free nor is it value neutral; it is connected with the ideological foundation of the faith.

The economic part of human behavior has been mentioned in the Qur’an as a part of the mission of all prophets and messengers in the past. For example, Allah says in the Qur’an what means: [And We made them imams who guided (people) by Our command, and We revealed to them the doing of good and the keeping up of prayer and the giving of the alms, and Us (alone) did they serve] (Al-Anbiyaa’ 21:73). This verse talks about prophets such as Abraham and the Israelite prophets; it also mentions the economic system in presenting charity and social justice in the economic distribution of wealth.

Each economic system is based on goals, principals, or philosophies which are quite unique to that particular ideology.

Another example from the previous prophets is presented in the verse which speaks about Prophet Shu`aib and how he was teaching his people not to deal in fraud and to be just and fair in their financial dealings: [And to Madyan (We sent) their brother Shu`aib. He said: O my people! serve Allah, you have no god other than Him; clear proof indeed has come to you from your Lord, therefore give full measure and weight and do not diminish to men their things, and do not make mischief in the land after its reform; this is better for you if you are believers] (Al-A`raf  7:85).

Islam’s economic system is not merely a matter of broad appeal to voluntary charity; rather, it gives a more comprehensive approach or view of economic life, which in turn is based on the basic teaching in the tenants of Islam.

Despite the universality of the Islamic laws, the economic systems could vary since there are communist, socialist, capitalist, and Islamic economic systems. Each is based on goals, principals, or philosophies which are quite unique to that particular ideology.

Many economists tend to think that the first systematic way that deals with economics as a subject goes back to the 18th century and is connected with the name of Adam Smith—the Scottish economist who wrote the classic book on economics, The Wealth of Nations. However, there are many Muslim scholars who have written about economics in a systematic way from an Islamic point of view, and their writing goes back as far as the 8th century; that is more than 1000 years before Adam Smith.

Among others, Ibn Khaldun wrote about the economic system in Islam in the 15th century. Ibn Khaldun, in particular, was described once by the famous British historian Arnold Toynbee as the greatest sociologist who ever lived. Ibn Khaldun was both a sociologist and economist because he dealt in a systematic way with some aspects pertaining to economics. Throughout Islamic history, there have been numerous jurists and scholars who also wrote about certain aspects of Islamic economics, but these writings were scattered in a variety of books of jurisprudents.

There are numerous individuals who have been contributing to trying to revive an economic system in Islam which should be very relevant to the Muslim as an individual in his/her dealings; a call for a return to the foundation, to the heritage of the Islamic economics to establish a system on the basic guidance of Islam, and as such provide a possible alternative to the present system.

Researching is difficult in the Islamic economic heritage due to the following factors:

Despite these difficulties, Islamic economics has its own general or basic methodology and its own distinct ideological foundation. If given enough time and effort, reconstruction will not be too difficult.

The Islamic economic system has its own principles and philosophies, and the only way to understand them is to refer back to what is called the primary sources of learning about Islam and its principles. These are mainly the Qur’an, which is viewed by Muslims as the word of God, and the Prophetic tradition which explained and elaborated upon how to apply those principles.

This means that the contemporary scholar trying to study Islamic economics would have to learn how to consult these primary sources directly, something that requires a certain methodology. He also has to learn the basic rules or ways that appear to be solutions to the new problems which may arise in a certain time or place, and to make sure that the solution of the contemporary economic problems does not contradict the text or the spirit of Shari`ah, or Islamic law.

Ideological Basis and Its Impact on Economic Activities

The ideological basis in Islam could be summarized into six basic principles:

The cornerstone is that everything has to start from the belief in Allah or God as the Creator, Lord, and Sovereign of the universe. This implies willingness to submit to God’s will, to accept His guidance, and to have complete and unqualified servitude to Him. This means that Muslims—individually and collectively—should not imitate or immolate any other system that differs from their particular principles, for example, usury or interest.

The second basic principle is that Islam as a religion is a complete way of life, something that guides a person’s life in all its aspects: the moral, social, ethical, economic, political, etc. All of these aspects are based on the guidance of God. Therefore, it is not a question of the person’s acceptance of God’s teaching in one matter and the refusal of acceptance in another; everything has to be within that basic guidance.

A third principle is that God created human beings on earth as His trustees, which means that everyone is created to fulfill a certain responsibility on this earth. God has entrusted human beings to start a civilization which is based on the moral, ethical values that He Himself provided. In addition, Islam provides an opportunity in material progress, thereby combining moral, social, and material progress, all interlinked together in harmony.

The fourth principle is that God, in order to help humankind to fulfill the responsibility of trusteeship, has made everything in this universe subservient to them. There are many verses in the Qur’an that suggest this meaning, such as: [Allah is He Who made subservient to you the sea that the ships may run therein by His command, and that you may seek of His grace, and that you may give thanks] (Al-Jathiyah 45:12). There are many other verses that urge humankind to responsibly harness the various resources that God has made available to them on this earth. This means that enjoyment of the good things that God has created within the boundaries that He has given, is not regarded as sinful as long as it follows His path and does not transgress His limits.

The fifth principle is the principle of accountability in the Hereafter. God has given human beings trusteeship and resources. This means that every single person will be questioned on the Day of Judgment, as to how he or she behaved enjoying his or her earthly life, which includes, of course, our economic behavior.

The sixth principle is that the variation in wealth among people in itself does not give a person either inferiority or superiority, because God does not look into a person’s property or face, but rather, He looks into his/her heart.