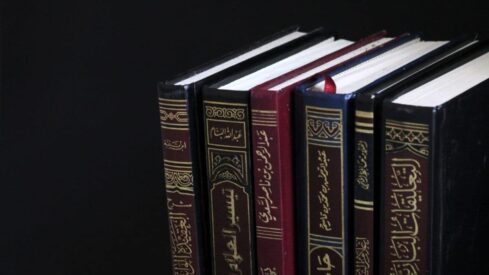 From time to time, questions are raised about the significance of Hadith, as a pretext to reject the Sunnah. Why should we Muslims attach such importance to Hadith when we already have the Qur’an, the very word of Allah? Why should we seek guidance in anything other than it? Dr Khalid Alvi here explains the authority and position of Hadith in Islam.

Analysing the problem we can visualize three possibilities:

1. The duty of the Prophet was only to convey the message, and nothing more was required from him.

2. He had not only to convey the message, but also to act upon it and to explain it. But all that was for the specified period, and after his death the Qur’an is sufficient to guide humanity.

Muslim scholars are of the unanimous view that only the third point is the correct assessment of the Prophet’s position in Islam. The Qur’an contains dozens of reminders of the important position of the Prophet. For instance, the Qur’an says:

[And verily in the Messenger of Allah ye have a good example for him who looketh unto Allah and the last day and remembereth Allah much.] (Al-Ahzab 33:21)

According to this verse, every Muslim is bound to have the good example of the Prophet as an ideal in life. In another verse, he has been made a hakam (judge) for the Muslims by Allah Almighty. No one remains Muslim if he does not accept the Prophet’s decisions and judgments:

[But no, by thy Lord, they can have no real faith until they make thee judge in all disputes between them and find in their souls no resistance against thy decisions but accept them with the fullest conviction.] (An-Nisaa’ 4:65)

While explaining the qualities of Muslims, the Qur’an says:

[The answer of the believers, when summoned to Allah and His Messenger, in order that He may judge between them, is no other than this: They say: we hear and we obey.] (An-Nur 24: 51)

In many places, the Qur’an has given its verdict on this issue. The Qur’an says, [Obey Allah and obey the Messenger] (An-Nisaa’ 4:59) and, [Whatever the Messenger giveth you, take it, and whatever he forbiddeth, abstain from it] (Al-Hashr 59:7).

The Qur’an is very clear in expressing its view on the position of the Prophet. According to the Qur’an, the Prophet has four capacities, and he must be obeyed in every capacity. He is mu`alim wa murabbi (teacher and educator); he explains the Book; he is a judge; and he is a ruler. In all these capacities, he is an ideal example for the Muslims. I am quoting a few verses of the Qur’an just to give a hint of this topic.

[Allah did confer a great favour on the believers when He sent among them a messenger from among themselves, rehearsing unto them the signs of Allah, purifying them, and teaching them the Book and the wisdom while, before that, they had been in manifest error.] (Aal `Imran 3:164)

[And We have sent down unto thee the Remembrance that thou mayest explain clearly to mankind what is sent for them.] (An-Nahl 16:44)

[He commands them what is just and forbids them what is evil; he allows them as lawful what is good and pure and prohibits them from what is bad and impure. He releases them from their heavy burdens and from the yokes that are upon them.] (Al-A`raf 7:157)

In all these verses, the Qur’an has explained various aspects of the Prophet’s personality. One can judge the importance of the Prophet from these verses. I am reminded of another important verse of the Qur’an, which is actually a verdict against those who do not believe in Hadith as an authentic source of law:

[And whoso opposeth the Messenger after the guidance (of Allah) hath been manifested unto him, and followeth other than the believer’s way, We shall leave him in the path he has chosen, and shall cause him to endure hell—a hapless journey’s end!] (An-Nisaa’ 4:115)

The Qur’an, while pressing the Muslims to obey the Prophet, goes a step further when it announces that the Prophethood of Muhammad (peace and blessings be upon him) is above all the limitations of time and space. He is the Last Prophet and is a Messenger of Allah for the whole of humanity for all time to come. Hadith is nothing but a reflection of the personality of the Prophet, who is to be obeyed at every cost.

Any student of the Qur’an will see that the Qur’an generally deals with the broad principles or essentials of religion, going into details in very rare cases. The details were generously supplied by the Prophet himself, either by showing in his practice how an injunction is to be carried out, or by giving an explanation in words. The Sunnah or Hadith of the Prophet was not, as is generally supposed, a thing of which the need may have been felt only after his death, for it was very much needed in his lifetime. The two most important religious institutions of Islam are Prayer and zakah; yet when the injunction relating to Prayer and zakah were delivered—and they were repeatedly revealed in both Makkah and Madinah—no details were supplied. “Keep up Prayers” is the Qur’anic injunction, and it was the Prophet himself who, by his own actions, gave details of the Prayer and said, “Pray as you see me praying.”

The scholars have discussed the question of Hadith in detail as a wahyun khafiy (hidden revelation) and prophetic wisdom. I do not want to go into details, but one thing must be stated clearly, that there were cases when the Prophet, not having received a revelation, made a personal effort to formulate opinion through his own wisdom, which was either to be approved or corrected through revelation. After all, the importance of the Sunnah, even as a second source of Islam, was a settled issue for the Companions of the Prophet. I quote only one of the many examples: that of Mu`az ibn Jabal who said to the Prophet that he would decide according to the Sunnah if he did not find the solution of a problem in the Book. To quote Dr Hamidullah:

The importance of Hadith is increased for the Muslim by the fact that the Prophet Muhammad (peace and blessings be upon him) not only taught, but took the opportunity of putting his teachings into practice in all the important affairs of life. He lived for twenty three years after his appointment as the Messenger of Allah. He endowed his community with a religion, which he scrupulously practiced himself. He founded a state, which he administered as the supreme head, maintaining internal peace and order, heading armies for external defence, judging and deciding the litigations of his subjects, punishing the criminals, and legislating in all walks of life. He married and left a model of family life. Another important fact is that he did not declare himself to be above the ordinary law which he imposed on others. His practice was not mere private conduct, but a detailed interpretation and application of his teachings. (Introduction to Islam, p. 23).

*Excerpted with some modifications from: http://www.islaam.com/Article.aspx?id=232