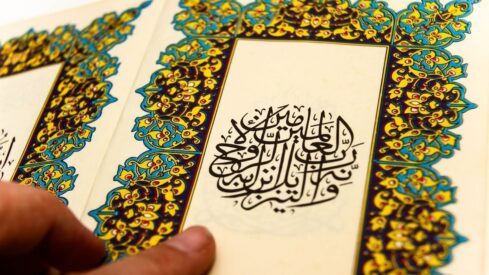 I came to Islam pretty much on my own. I was born and raised Roman Catholic, but I always had a deep fascination with the spiritualities of other cultures. My Journey started when I desired to have a relationship with my creator. I wanted to find my spirituality, and not the one I was born with. I spent some time in the Catholic religious order known as the Franciscans. I had many friends and I enjoyed prayer times, but it just seemed to relaxed in its faith, and there was, in my opinion, too much arrogance and hypocrisy.
When I had returned back from the order into secular living again, I once again was searching for my way to reach God (Allah). One night I was watching the news on television, and of course they were continuing their one-sided half-truth reports on Muslims (always in a negative light instead of balancing it by showing the positive side as well) with images of violence and terrorism. I decided long ago that the news media has no morals whatsoever and will trash anyone for that “juicy story”, and I pretty much refused to believe anything they said. I decided to research Islam for myself and draw my own conclusions.What I found paled all the negative images that the media spewed forth. I found a religion deep in love and spiritual truth, and constant God-mindfulness. What may be fanaticism to one person may be devotion to another. I picked up a small paperback Qur’an and began devouring everything I could. It opened my eyes to the wonder and mercy of ALLAH, and I found the fascination growing every day…it was all I could think about. No other religion including Catholicism impacted me in such a powerful way…I actually found myself in God-awareness 24 hours a day 7 days a week…each time I went to my five daily prayers, I went with anticipation…finally! What I have been searching for all of my life.

I finally got enough courage to go to a mosque and profess the Shahadah before my Muslim brothers and sisters. I now am a practicing Muslim and I thank ALLAH for leading me to this place: Ashhahdu an la ilaha ilallah wa Muhammadur rasul ALLAH! This means: “I believe in the oneness and totalness of ALLAH and that Muhammad(peace and blessings be upon him)is the chosen prophet of ALLAH.” I now also accept Jesus as no longer equal with ALLAH, but sent as Muhammad was sent …to bring all of mankind to submission to the will of ALLAH! May all of mankind find the light and truth of ALLAH.