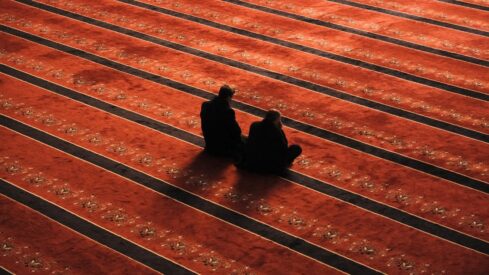 The concept of brotherhood holds an important place in Islam and many essential elements of Islam are fostered under this concept. Brotherhood harvests the fruits of faith and love for the sake of Almighty Allah. It is a gift from Him that the believers share and it is granted to anyone Almighty Allah chooses from among His servants. `Eid is the perfect time to water this relation with love and empathy. It is a great chance to renew relations that have been broken and heal the souls.

Allah the Almighty says: [And hold fast, all of you together to the Rope of Allah and be not divided among yourselves and remember Allah’s favor on you, for you were enemies one to another, but He joined your hearts together so that by His Grace you became brethren.] (Aal `Imran 3:103)

Brotherhood should be built on cooperation and meeting each other’s needs in both times of ease and hardship. It is also constructed on the smiles and greetings that are shared during celebrations . The Messenger of Allah (peace and blessings be upon him) said: “The example of the believers’ love, affection, and mercy for one another is like that of the body: when one of its organs is ailing, the rest of the body responds and watches over it by contracting fever.” (Al-Bukhari and Muslim)

Brotherhood is a responsibility; each person has a right over the other. Abu Hurairah (may Allah be pleased with him) narrated that the Messenger of Allah (peace and blessings be upon him) said:

“Keep away from suspicion, for it is the most deceptive discourse. Do not attempt to probe, spy on, compete with, envy, or be hateful of one another, but be, O servants of Allah, brothers. The Muslim is the brother of his fellow Muslim: he does not oppress him, fail him, or scorn him. Taqwa is here [pointing to his heart]. It is wrong for a man to hold his Muslim brother in contempt. Everything pertaining to a Muslim is forbidden to another: his blood, his honor, and his wealth.” (Muslim)

Some Benefits of Loving Your Brothers for the Sake of Allah

A Muslim can find delight and great benefit in loving his brothers for the sake of Almighty Allah. This is clear from the following sayings of Prophet Muhammad (peace and blessings be upon him):

The true believer savors faith by loving others for the sake of Almighty Allah. Three traits, if found in a person, allow him to taste the sweetness of faith; one trait is to love a person for no other reason than to please Allah.

Allah surrounds the person who loves for His sake with His mercy and protects him from the great trials on the Day of Judgment.

Love for the sake of Almighty Allah brings joy and peace to the Muslim.

Brothers who love each other for the sake of Allah have hearts overflowing with peace and tranquility and faces that shine with light and happiness.

Strengthening the Ties of Brotherhood

Here are some tips that may help deepen the bonds of brotherhood between you and your brothers:

Should you love a brother, tell him so.

When you meet one of your brothers, hasten to smile and shake hands with him.

If you take leave of a brother, ask him to make du`aa’ for you.

Visit your brother often and on a regular basis.

When special occasions arise, congratulate your brother and join him in rejoicing.

How to Remedy a ‘Routine’ Brotherhood

Occasionally, preoccupation with this worldly life may cause brotherhood to become secondary and routine. The following are some suggestions to correct this situation:

Mingle more in the company of your brothers.

Translate into action the various meanings of brotherhood so as to deepen the feelings of affection among your brothers.

Always remind yourself of the necessity of having pure intentions, affection, and friendliness among brothers.

Strive to unite all the brothers.

Concentrate on the aspects of faith that awaken the hearts and bind them together.

This article is part of the book ” Brotherhood: An Essential Relationship” Excerpted, with slight modifications, from: http://www.ymsite.com/books