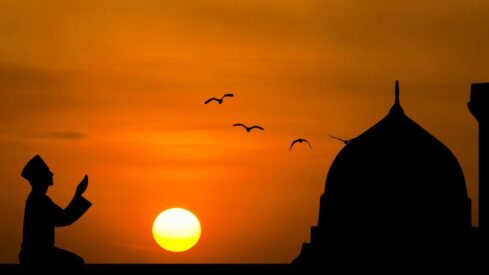 (Whatever affliction befalls you is because of what your own hands have committed. And He pardons much.) (Ash-Shura 42:30)

This Qur’anic verse tells us that whenever anyone is afflicted by some misfortune, it is necessarily the result of one or more of their own actions. Complaining against others in this world is meaningless. When everyone must suffer the consequences of their own actions, making protests and complaints against others is only a waste of time. It will in no way solve the problem.

This is a system inherent in the nature of things. It has good tidings, and great hope for us, in that it has placed our problems in our own hands. It has not left us to be dependent on the charity and compassion of others.

If the problems faced by us had been caused by others, then we should have been dependent upon others for their solution. We should have had to wait for others’ kindness. But God has devised the system of the world in such a way that He has made everyone’s concerns their own personal affair. That is, everyone can construct their life by dint of their own efforts. Everyone’s future is in their own hands.

Sometimes one has to incur a loss due to one’s own foolishness; much harm can be avoided by adopting wise ways. Sometimes an initiative goes awry for lack of planning. But there will always be other chances to work in the future in a planned way so that the mistake may be rectified. Sometimes by being hasty a person invites trouble, but then they always have the possibility of turning the situation to good account by adopting the ways of patience and fortitude. Sometimes people bring ruin upon themselves by being too emotional, but they too have the chance to reach their goal of success by remaining cool and rational in their approach on subsequent occasions.

Excerpted with slight modifications from http://www.alrisala.org