Hajj and expiation of sins 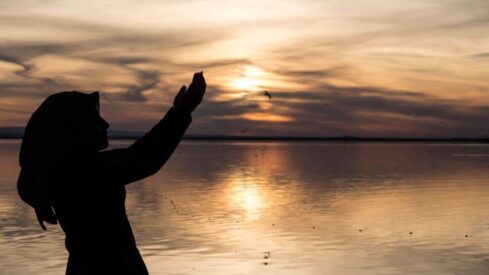 Sheikh Attia Saqr – Head of the Fatwa Committee of Al-Azhar Ash-Shareef previously – says: Allah the Almighty said {Indeed, Allah does not forgive association with Him, but He forgives what is less than that for whom He wills } [An-Nisa: 48] , and he, peace and blessings of Allah be upon him, said, “Whoever performs Hajj (pilgrimage) and does not have sexual relations (with his wife), nor commits sin, nor disputes unjustly (during Hajj), then he returns from Hajj as pure and free from sins as on the day on which his mother gave birth to him.” and he also said “the reward of Hajj Mabrur (I.e., one accepted) is nothing but Jannah.”

Scholars say: There are major sins and minor sins, as the Most High said: {If you avoid the major sins which you are forbidden, we will remove from you your lesser sins} [An-Nisa: 31], and the Most High said: {those who avoid major sins and shameful deeds, despite ˹stumbling on˺ minor sins.} [An-Najm: 32], and the minor ones have many expiations, besides repentance and seeking forgiveness, Allah expiates it by any good deed. The Almighty said: {Surely good deeds wipe out evil deeds} [Hud: 114].

It was revealed about a man who committed a sin, and the Prophet, peace be upon him, said to him, “Did you witness the prayer with us?” He said: Yes. He said to him, “Go, for it is an expiation for what you did.” He, peace be upon him, also said, “The five (daily) Salat (prayers) and the Friday (prayer) to the Friday (prayer) expiate whatever (minor sins) may be committed in between, so long as major sins are avoided.” Narrated by Muslim. And he, peace be upon him also said, “do good deeds after doing bad ones, the former will wipe out the latter” Narrated by At- Tirmidhi, who categorized it as Hadith Hasan

As for the major sins, they are expiated only by sincere repentance (Tawbah), as the Almighty said: {O believers! Turn to Allah in sincere repentance, so your Lord may absolve you of your sins} [Al-Tahrim: 8]. Similarly, it is mentioned in the attributes of the servants of the Most Merciful, that the torment of whoever commits major sins will be multiplied: {Except for those who repent, believe and do righteous work. For them Allah will replace their evil deeds with good. And ever is Allah Forgiving and Merciful.}  [Al-Furqan: 70].

As for good deeds other than Tawbah, they do not expiate the major sins, because these good deeds do not benefit the expiation of minor sins unless the major sins are avoided as stated in the Hadith narrated by Muslim. Based on this, they said: The general texts in which good deeds expiate all sins – such as the mentioned hadith of Hajj – are specific to minor sins, as for major sins, only repentance (Tawbah) can expiate them.

And let it be known that repentance does not expiate the sins related to the rights of the servants, because one of its conditions is that the duty is discharged from it, either by returning it to its owners or by them relinquishing it. Therefore, Hajj or other acts of worship do not expiate the sin in which the right of the servants is involved until the duty is cleared of. Supporting this, is the fact that martyrdom in the way of Allah -and this is one of the best good deeds- does not expiate sins involved with the rights of the servants, as mentioned in the hadith of Muslim, “Every fault but a debt will be forgiven to a martyr.”

As for the sins that involve Allah’s right, they are of two types, one in which there is a chance to make up, and another in which there is no such thing. The first is like one who committed a sin by neglecting prayer or fasting, then he does not expiate except by making up for what he has missed of prayer and fasting as mentioned in the correct texts, and the second is like the one who has sinned by drinking alcohol for example. His sin will be expiated by merely abandoning and repenting from it. and repentance is by establishing the Hadd punishment (specific penalties) on him, if the Hadd punishments are set, otherwise it is to quit the sin and regret it and have the determination to no longer go back to that sin

There have been texts indicating that the consequences and acts of oppression are expiated by Allah through Hajj, but these texts are not strong and do not contradict what is stronger than them. Therefore, Tawbah does not expiate the consequences and acts of oppression except if the duty or right is cleared of and likewise, the Hajj does not expiate them except by that. All of the above has its place if the will of Allah does not interfere. If it does, Allah will forgive all sins committed by the servant except shirk, associating partners with Allah, as Allah said {Indeed, Allah does not forgive association with Him, but He forgives what is less than that for whom He wills} [An-Nisa: 116]. Based on this, a man who commits sins based on the fact that Hajj expiates them – is not allowed to rely on the mentioned hadith, nor to rely on the will of Allah who forgives all sins, as perhaps he is not of those whom Allah wills to forgive.