How Muslim footballers cope while fasting? 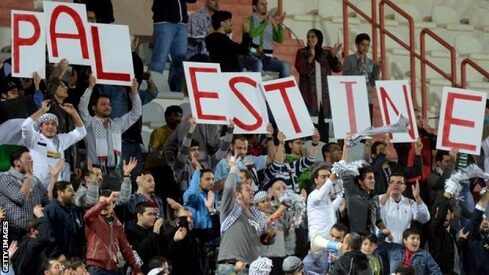 As Muslims celebrate the month of Ramadan around the world, managers of sports teams made up of Muslim players have had to find solutions to adapt to the occasion. So how do Muslim athletes deal with fasting?

International sporting competitions previously coincided with the month of Ramadan, the most important of which are: the London Olympics 2012, the 2014 FIFA World Cup™, the 2016 European Championship and in addition to this, there competitions were held on long summer days, which affected the quality of performance.

During the 2012 London Olympics, the UAE football team received a special permit from the country’s highest religious authority not to fast on match days, while members of the Algerian team insisted on fasting despite their permission.

Several football matches were held in Ramadan this year late at night between national teams in Asia and Africa.

Earlier this week, the Asian Cup qualifiers between Palestine and Oman posed an exceptional challenge to the Palestinian Football Association as the match was scheduled to take place at 9.45pm local time, then the time was changed to 11:00 pm.

The aim of adjusting the match time was to provide enough opportunity for Muslim athletes to break their fast before heading to the stadium, which led to confusing the fans wishing to attend from outside the Jerusalem and Ramallah area.

The Palestinian Football Association tried to persuade fans to attend by cancelling the match fees, but timing was an obstacle for those coming from the northern and southern regions and the West Bank.

From the point of view of the organizers, the transition of Oman and Palestine trainings to late night hours was the result of adjustments accompanying the diet in Ramadan.

Badr Aqeel, one of the doctors of the Palestine national team, explained, “We stress on the players to drink at least three litres of water after sunset to fight the effects of drought.”

Aqeel and the rest of the medical team monitor very carefully the meals given to the players, and to ensure this they are given specific dishes of food to avoid overreacting until this diet is modified after a month Ramadan.

Often the coaching staff asks players to perform some exercise one hour before breaking fast in order to activate metabolic processes.

“We want Muslim players and athletes to avoid sleeping long hours, which is common during the month of Ramadan,” Aqeel said.

The training exercises were held in Palestine at 11 pm, after which the players return to their residence and complete the training program with an ice bath and physical massage before eating a meal before dawn – Suhoor – around 2:45 am.

On the other hand, the Dutchman Pim Verbeek, the former coach of the Oman national team, faced similar challenges with the Moroccan U-23 team and tried to adapt by making training doses suitable for Ramadan.

Verbeek told BBC Sport: “Of course it’s different in Ramadan, we train once a day, it’s better to train twice a day, our evening sessions are good and makes us save energy for the time of the game.

Reading goalkeeper and Oman captain Ali Al Habsi believes that playing late at night is ideal for players and gives them enough time to rejuvenate and rest their bodies after fasting for 17 hours.

“We spent two weeks in a training camp to adapt, and we trained late to mimic the timing of official matches so that should help us overcome the conditions of Ramadan.”

Al Habsi is the only player on both sides who had to make a decision on fasting, as during his 14-year career in Europe, which began with Norwegian club Lynn Oslo and then continued with Bolton Wanderers, and Wigan Athletic England, he first had this experience during a final in England between his team Reading against Huddersfield Town and preferred to have breaking fast that day.

On the other hand, the daily program of the Palestinian team was unlike Oman and for all the players in the training camp.

The Palestine national team includes 5 members born outside Palestine – four who came from Chile – where a large Palestinian community lives there, mostly Christians, as well as Jaca Ahbisheh, born of a Palestinian father and a Slovenian mother.

For these players, breakfast and lunch remained part of their program at the Ramallah Palestine Hotel, and they did not share accommodation with any fasting player.

While the rest of the players went through hunger and thirst during the day, these five were more focused on fighting boredom and spending more time at the gym, then completing the program with an ice bath and physical massage and Suhoor became an opportunity to strengthen relationships between players after training.

The match, which was played under floodlights at the Faisal Al Husseini Stadium in Jerusalem, attracted 11,000 fans and the Palestinian team managed to win at the expense of Oman 2-1 in the second round of Group D competition in the 2019 Asian Cup qualifiers.

Jonathan Zorella and Yasser Islami scored Palestine’s two goals and Oman tried to get back on the tracks to close the gap in the first minute of stoppage time for the first half through Ahmed Mubarak Kano.

In the second half, the visitors pressed for an equaliser, but the Palestine players managed to maintain their lead and get the three points.

Yasher Pinto Islam received the Man of the Match award and praised the strategy developed by the coaching staff to help the team deal with the fasting circumstance.

“We have modified the training programme because of the fasting of the players and the coaching staff have done a great job. It was a new experience for me and to be honest I didn’t find much different from the usual thing.” Pinto said.