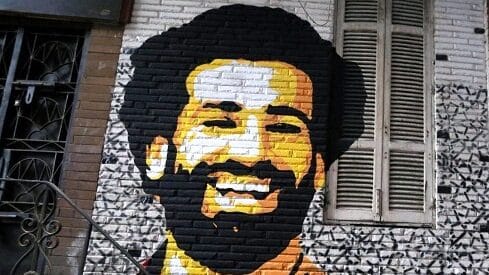 Questions have been circulated about the ability of sport to dispel the negative stereotype about Islam. Is there a responsibility on the shoulders of Muslim athletes to make incision into Islamophobia, which has been broadcast and confirmed by Western media and its research centers for decades?

For several years, research centers have been concerned with the role of athletes in modifying the mental image of the masses, by popularly motivating the masses to get to know those who are different from them religiously and ethically, creating a common ground for understanding, and setting aside the spirit of racism from society, especially, in the sports.

Most of the field studies concluded that, athletes have a strong influence in encouraging tolerance, lessening intolerance and violence against the other person, and diminishing the misunderstanding and suspicion in the hearts of the masses.

In the year 2016, with the participation of a number of Muslim athletes in the Olympic Games in the Brazilian capital, Rio de Janeiro, a question was raised about the role of sports in modifying the mental image. The Muslim athletes who participated in the Olympic, were indicted with terrorism. Days after the start of the championship, the Muslim athletes in question, such as, the British runner Mo Farah and the American swordsmanship contender Ibtihaj Muhammad attracted the attention of the spectators and were able to break the Islamophobia.

Preceding, the event of Olympic games in Brazil, was a campaign launched by the Muslim female athletes in the United States on the Internet entitled Muslim Girls Hoop Too, after the hostile criticism against them. The campaign led by Bilqis Abdul-Qaadir , a female Muslim American collegiate basketball player for the University of Memphis who was given an option to represent either sport career or hijab. In her call that finally led to meeting the former US President Obama in the White House during his meeting with the Muslim leaders in the States, which reduced the intensity of hostility towards Islam. The presence of Bilqis was an affirmation of her Muslim and American identity at the same time.

In addition, the participation of American Muslims in sports can be viewed as a kind of call to Islam. In the book of Steven Fink entitled Evasion of Call: Sport Among American Muslims, he discussed at length, about the impact of the sport of American Muslims in shaping their identity and reintroducing themselves through it, especially, basketball. Fink emphasized that sports strengthened the bond between Muslims and non-Muslims after the events of September 11, 2001, and reduced the degree of hostility towards Muslims, which makes sports part of the strategic calls to Islam at the present time. Fink believes that sports can provide Muslim models in American society in combating the negative image of Islam and Muslims.

Furthermore, the book titled, Sport in Islam and Muslim societies, co-authored by a number of researchers, shows that footballers may become ambassadors of faith in two ways; firstly, by increasingly presenting Islam on the world stage, and in most global societies. Secondly, by publicly presenting the sports globally, and transforming its heroes into influencers of global public opinion, which means that, Muslim athletes may have a positive role in resisting Islamophobia.

Experience shows that, the media only deals with tragedy and pays no heed to some successes, especially, if those successes belong to some personalities in a culture that it attacks. For this reason, some of the successes of Muslim athletes do not receive enough attention. For example, the Canadian ice hockey player Nazim Qadiri who raised the Stanley Cup for the championship after winning it, and his victory was a matter of interest in his hometown in London. He insisted on carrying the championship trophy in the mosque, and Qadiri became an inspiring figure for many young people in Canada and Britain, and he was able to overcome racism, and his victory for the Muslim community.

One of the signs of Islamophobia in sports, is the attempt to harming Islamic rituals and charging for poor performance, in instances such as period of fasting. NGolo Kanti in the British club Chelsea, in which critics spoke about the effect of fasting on his performance in one of the matches. Although there are more than fifty Muslim players in 18 clubs in the English Premier League only, such as Sadio Mane, Paul Pogba, Sufyan Boufal and Masoud Ozil, but the phenomenon of Mohamed Salah remains the most interested and monitored in the research and media side. The distinguished presence of Salah in the English Premier League was one of the factors that give a different image of Islam and Muslims among the masses, and in British society in reducing hostility and hatred towards Muslims.

The study entitled, The Role of Top Athletes in Changing the Mental Image of Arabs and Muslims in Western Societies by Dr. Rasha Morsi, confirmed through statistical data the role of Salah in changing the mental image of Arabs and Muslims. Morsi emphasized on the importance of sport as a soft power in correcting the bad image and persuading others to change their negative impressions of Islam and Muslims. She also monitored some statements of Liverpool fans, confirming their increased interest in getting to know the correct image of Islam, and that anti-Islam and anti-Muslim tweets decreased by a large percentage, perhaps, by more than half of the club’s fans.

Interestingly, another study issued in 2019 by researchers at the American Stanford University, confirmed that hate crimes against Islam and Muslims decreased by 18.9% after Mohamed Salah joined Liverpool in 2017, and that half of the anti-Islamic tweets by the club’s fans decreased after the shine of Salah. The study suggested that, the reason for the increase in the Islamic knowledge is the fact that, Salah was able to remove psychological barriers and succeeded in breaking the Islamophobia.

Besides, the study published in the American Journal of Political Science “APSR” in June 2021 confirmed that hate crimes across Britain decreased by 16% after Salah joined Liverpool, that the 16 million hostility tweets by the club’s fans against Islam decreased by half, and that highlighting the Salah’s Islamic identity, contributed to creating a positive image of Islam, as the positive feelings of Liverpool fans moved from Salah to Islam and Muslims and reduced fanaticism. On the same vein, Professor Imran Awan and Dr. Irene Zempi conducted a research in Britain on how football turned from a beautiful game into an arena of hate, and they monitored a lot of hate crimes from members of the public against Muslim athletes. However, the finding of the study shows that, sports has a role in reducing fanaticism and hatred, when the athlete is not giving up his identity, excelling in his sports exercises, and highlighting his identity in a human form.