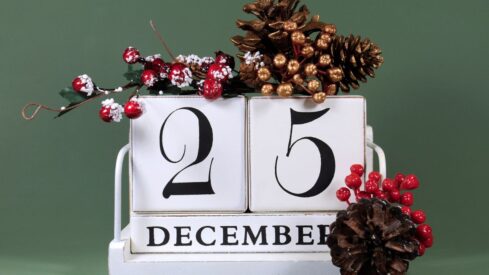 Muslims believe Jesus Peace be upon him (PBUH) is the Messiah whose birth, ascension, and second coming are blessings and miracles from the Creator of the World. The virgin birth of Jesus (PBUH) was a sign of the Almighty’s unique ability to create that no human being can comprehend even in this age of scientific development. Jesus’s (PBUH) birth and his ability to speak in the cradle were signs which made people realize the Creator is All Powerful.

Surah Al Imran verse 46 (translation) “He will speak to the people, in the cradle and in manhood,” – calling to the worship of Allah Alone without partners, while still in the cradle, as a miracle from Allah, and when he is a man, by Allah’s revelation to him.”And he will be one of the righteous.” – in his statements and actions, for he will possess, pure knowledge and righteous works. Source: Tafseer ibn Katheer

The foundation of Islam is the statement “There is no god, besides Allah.” Thus, the miraculous birth of Jesus (PBUH) substantiates the statement as no one except for Allah has the ability to give virgin birth to a human child. During his lifetime, Jesus (PBUH) prophesized the coming of Prophet Muhammad (PBUH) which led learned people like Waraqa ibn Naufal, (a scholar of the Gospel) and Abdullah ibn Salam (a Jew) to recognize the Prophet Muhammad (PBUH) and follow him. To date, there are many Christians and Jews who convert to Islam due to the prophecy of Jesus (PBUH). Therefore, the birth of Jesus was a blessing for the people of later generations as his message led them to the right path and follow the last Prophet of Allah.

Unlike the Jews and the Christians, Muslims believe Jesus (PBUH) was never killed or crucified by the Romans. The Quran mentions(translation)

And [for] their saying, “Indeed, we have killed the Messiah, Jesus the son of Mary, the messenger of Allāh.” And they did not kill him, nor did they crucify him; but [another] was made to resemble him to them. And indeed, those who differ over it are in doubt about it. They have no knowledge of it except the following assumption. And they did not kill him, for certain. Surah Nisa, verse 157

In the Divine Books of Jews, Christians, and Muslims the second coming of Jesus (PBUH) has been prophesized. His second coming will be a great blessing from the Creator as Jesus (PBUH) will appear in a time of major tribulations, and will bring an end to the Dajjalic (antichrist)era, and restore peace in the world. It is mentioned in the hadith

Abu Huraira reported: The Messenger of Allah, peace, and blessings be upon him, said, “By Allah, the son of Mary will descend as a just ruler. He will abolish the cross, kill the swine, and annul the tribute, but he will leave the she-camel such that no one collects from it. He will cause rancor, hatred, and envy to disappear, and he will call people to give their wealth in charity but no one will need it.” Source: Ṣaḥīḥ Muslim 155

Thus, Muslims all across the world are eager for his second coming as he will be the one who will establish Islam in the world.

However, the birth of Jesus (PBUH) is not believed to be on the 25th of December by the western historian. The celebration of 25th December is believed to be a pagan practice.

“Pope Julius I chose December 25. It is commonly believed that the church chose this date in an effort to adopt and absorb the traditions of the pagan Saturnalia festival. First called the Feast of the Nativity, the custom spread to Egypt by 432 and to England by the end of the sixth century.”[1]

Jesus’s (PBUH) birth was a great sign of Allah’s Might and at the same time, Allah’s Mercy as Jesus’ (PBUH) reinstate the abolished laws of the Torah. Through Jesus, the world got to know about Prophet Muhammad (PBUH), the last prophet of Allah. In his second coming, Jesus is going to affirm the message of Prophet Muhammad (PBUH) and follow his sunnah to establish Islam.

God-fearing Muslims know that believing in Jesus (PBUH) is a crucial part of our faith and they teach this to their children. Muslims do not make a fool of themselves and their family by taking part in pagan practice. Muslims celebrate the birth of Jesus (PBUH) with the shahada “Laa Ilaha Illallah, Muhammadur Rasulullah,” and stay away from the trap of pagan practices that can lead to the major sin of associating partners with Allah.