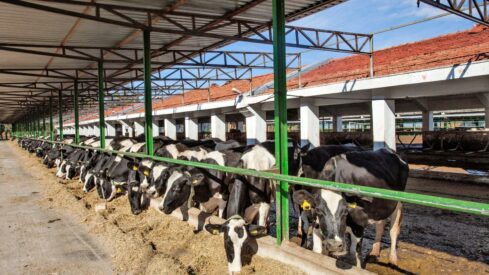 The religious practice of slaughtering animals by a swift cut to the throat of the animal, practiced by both Muslims and Jews, has recently come under attack in the UK. The Farm Animal Welfare Council (FAWC), an advisory group to the British government on ways to avoid cruelty to livestock, wants to see these methods of slaughtering banned under the pretense that these practices are cruel and cause suffering of the animals. They are demanding that it be required by law that the animals are stunned prior to being slaughtered.

According to the BBC, spokesman Roy Saich was quoted as saying, “There is no imperative for Muslims or Judaists to eat meat produced in this manner.” He continues saying, “There is no reason why they should not simply abstain from eating meat altogether if they do not wish to eat the same meat as the rest of us.” (BBC News).

As disturbing as this quote is, let us for the sake of comparison look at the various methods of stunning that Muslims and Jews are being told are more humane than their own religious methods of slaughter and that they may be required by law to use whether they want to or not.

Animal Slaughter in the UK

Each year in the UK, 900 million animals are slaughtered for the purpose of consumption. This takes place in less than 600 abattoirs. The concept of humane slaughter is supposedly behind the adoption of the practice of stunning animals before slaughter by the UK government, the claim being that stunning renders the animals unconscious and unable to feel pain at the time of slaughter. However scientific studies and the opinions of several experts have shown this to be untrue.

According to VIVA (Vegetarians International Voice for Animals), “Tens of millions of animals are being ineffectively stunned and are regaining consciousness while they bleed to death.” Furthermore, it is quite an interesting fact that the original purpose behind the practice of pre-slaughter stunning was the protection of abattoir personnel rather than that of the animals since the immobilization of the animals facilitates the slaughtering procedure and allows the slaughter if a greater number of animals and hence a higher profit gained.

According to a report done by Rebecca Smith of VIVA, a vegan campaigning group fighting to save animals, the stunning techniques used in UK abattoirs include:

This type of stunning is widely used for all farmed animals. Unconsciousness is caused either by penetration of the skull which causes brain damage or by causing a concussive blow to the brain without penetration. It is called ‘captive’ since the bolt is shot out of the barrel but remains attached to the pistol.

The disadvantages of CBP stunning:

In order to be effective, CBP stunning must be performed by highly trained personnel. Correct cartridge strengths must also be used. If this is not the case or if the pistol is not positioned correctly, the animal will have to endure the pain of being shot incorrectly and will then have to be shot again or be knifed while conscious. In a 1996 report, the Scientific Committee of the European Commission said that, “In 5 to 10% of cattle, captive bolt stunning is not applied correctly.”

VIVA translates this percentage into 230,000 cattle in the UK being stunned incorrectly each year.

A practice known as pithing, which often followed the CBP shot and was practiced by the majority of cattle slaughter houses, increased the risk of BSE also known as Mad Cow disease by allowing infected brain matter to reach other parts of the animal’s body. Pithing was banned in the UK in 2002.

Cattle, sheep, goats and ostriches are all stunned using this method. The technique involves the application of a pair of electric tongs on either side of the animal’s head. An electric current is then passed through the brain and this supposedly leads to the temporary loss of consciousness.

The Royal Society for the Prevention of Cruelty to Animals (RSPCA) say that, “There is increasing scientific evidence that some animals stunned electrically using tongs regain consciousness before they die from loss of blood.” The reasons behind this are either an inefficient electric current being passed through the animals’ brain during stunning or the animals begin to regain consciousness if the time interval between stunning and sticking exceeds a period of 20 seconds.

VIVA explains this saying that the stun caused by the electric head-only technique lasts between 20 and 40 seconds whereas the interval between stunning and knifing is as high as 70 seconds for sheep. This means that there are around 5 million sheep that regain consciousness after being electrically stunned before they die of blood loss.

Research done at Bristol University has also shown that after an electric stun, sheep may not be able to feel pain, they do, however, experience periods of full awareness. Furthermore, there is no evidence that the loss of consciousness is immediate, and some people like neurophysiologist Dr. Harold Hilman believe that stunning is extremely painful, pointing out that the electrocution of prisoners is used as a torture method in some countries. The animals cannot express this pain by crying out or by moving since the massive electric current paralyzes them.

This is a widely used method of stunning for chickens, turkeys, geese and ducks. In this method, birds are shackled upside-down on a moving conveyor belt that takes them to the electricified water bath. The birds’ heads are to supposedly be immersed in this water causing their electrocution. In recent years, the strength of the electric current has been raised to ensure the death of the birds by cardiac arrest.

Disadvantages of this method:

The inadequate stunning of birds is a common problem with this method especially with ducks and geese that tend to raise their heads when entering the water bath and their heads are therefore not fully immersed in the water.

Another problem with this method is that although the aim of this method is to induce cardiac arrest, “many birds are improperly stunned and recover consciousness before slaughter,” according to the RSPCA.

It was found by an experiment conducted by Gregory and Whittington in 1992 and published in Research in Veterinary Science under the title of ‘Inhalation of Water During Electrical Stunning in Chickens’ that “chickens can and do inhale water during electric stunning in a water bath. NO remedy for this is available at the moment.” It was also noticed that birds may defecate while being stunned and so live birds may inhale water fouled by faeces at stunning, thus making their meat unhygienic as the fluids may leak out of the lungs and cause contamination.

This method of stunning is particularly cruel to turkeys. The shackling of turkeys by their legs, which may last up to 6 minutes, is extremely painful. This pain is caused by leg deformities that the birds suffer from due to their being bred in a manner that ensures maximum weight gain as fast as possible whereas their bones do not have time to properly develop.

Another problem for turkeys is that their wings may sometimes hang lower than their heads causing the bird to sustain a painful electric shock. The Scientific Veterinary Committee of the EU says that, “The prevalence of pre-stun electric shock in turkeys is high (about 80%).”

Birds may be stunned using CO2 or Argon gas while they remain in their crates. Pigs are also gassed using CO2.

In this method a knife is stuck into the animal’s throat or neck causing brain death from the rapid loss of blood supply to the brain. This method if not performed correctly can lead to the animal regaining sensibility before death.

Muslim scholars disagree on whether pre-slaughter stunning is prohibited or not. Some believe that if the animal is killed by the cutting of the throat and not by the stun then it is lawful to eat the animal’s meat. The joint Muslim World League/World Health Organization meeting held in Jeddah during Rabi’a al- Awwal 1406 AH/December 1985 agreed that “if it could be shown that stunning with electric shock enabled the animal to die peacefully, then it would be Islamically lawful”(Islamset).

On the other hand, those against stunning argue that in cases of captive bolt stunning or concussion stunning, the animal may die from the concussion, which would be similar to dying from a violent blow and the animal would then be classified as mawquza (“beaten to death”), which is prohibited in Islam.

In the electric water bath used for poultry, the birds may die partly by drowning or by cardiac arrest, which would classify the birds as mayta (dead). That would also make eating their meat unlawful.

These scholars also argue that chemical gassing should not be used as a stunning method as this would be similar to death by strangulation and the animal would be classified as munkhaniqa, (death by suffocation).

In this translation of Surat Al-Maida (The Table) Allah says, “Forbidden to you (for food) are dead animals, blood, the flesh of swine, and that over which has been invoked other than the name of Allah, that which has been killed by strangling or by a violent blow or by a headlong fall or by being gored to death, that which has been partly eaten by a wild animal, unless you are able to slaughter (in due form), and that which is sacrificed on stone (altars).”

However, no matter which choice one makes regarding this matter, there is no doubt that stunning of animals is cruel and causes unjustifiable suffering to the animals which is strongly prohibited in Islam. 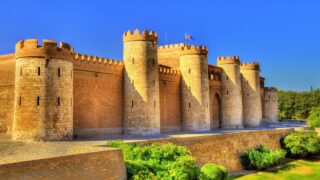