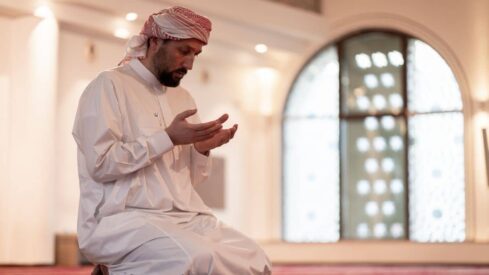 Jihad implies a sincere struggle on both the personal and social levels. An understanding of the concept of jihad is essential in order to comprehend the Muslim worldview. In Islam, jihad is a comprehensive process, which takes in the striving of an individual or a group of Muslims, to adhere to the divine teachings and values.

In this sense, jihad means a serious, continuous, and sincere struggle, on both the personal, as well as on the social level. It is a struggle to perform and maintain goodness, abolishing injustice, oppression, and evil from within oneself, as well as from the whole society. Thus, jihad takes many forms; spiritual, social, economic, as well as political.

Such striving (jihad) should go along with all actions. This is to assure the noble and positive outcome of any of these actions. Jihad, when meaning to fight, is only one form of this striving, in its comprehensive meaning. This, in fact, is a point that not known.

The genuine purpose of fighting in Islam is to assure the freedom of religion and the safety of people; their lives and their belongings. Jihad (striving), on this particular level, is not only striving to fight the enemy. In order to maintain that the fighting is in the cause of God, the target of this fighting should be limited to those who fight you only. At the very end, the striving should never transgress limits. One can easily find these meanings in the verse of the Qur’an, which governs all verses of jihad:

[Fight in the cause of Allah those who fight you, but do not transgress limits; for Allah loveth not transgression] (Al-Baqarah 2:190)

Jihad is prescribed in the Qur’an to protect one’s faith and one’s human rights. Although protecting these two entities requires—at times—the necessity of war, yet, it is not limited to it. On the contrary, Islam always promotes peaceful means to bring changes and reform in the society.

Therefore, qitaal (fighting), according to the Islamic teachings, is the last resort. Muslims should not fight until it is not possible for them to eliminate oppression and assure their freedom of faith by peaceful means. Only then, it becomes permissible for Muslims to fight.

However, the Shari`ah does not limit the means of protecting one’s faith to qitaal (fighting). As mentioned above, fighting is the last option. Before qitaal, there are other means of protecting the faith, such as da`wah (inviting others to Islam), and enjoining good and forbidding evil.

Furthermore, qitaal is strictly governed by rules, conditions, and regulations within the Islamic political system and, according to the Islamic jurists, is only in the hand of the rulers. The wisdom behind this is to prevent the misuse of jihad, for qitaal sometimes gets deviated by personal desires and inclinations.

Yet, the Shari`ah has a wide range of roles and obligations that are suitable to the situation and the capabilities of the average Muslim. This, indeed, can be regarded as a means of protecting faith. The primary obligation, for example, is living a Muslim life, whereby one presents a good example of Islam and reflects its essence.

The second obligation is taking an active role in the society where one lives—without limiting such a role to the Muslim community only. Establishing a Muslim family and raising children as good Muslims is another means that secures Islamic values for future generations. Also da`wah and explaining Islam to others are considered vital means of protecting Islam. In addition, one’s contribution to build a strong and civilized Islamic community within a non-Muslim majority is a highly important role in protecting Islam.

The average Muslim can play a major role in protecting Islam by reaching out to non-Muslims. This should be within the official and general circles of society. The aim of these interactions should focus on introducing an accurate picture of the faith.

The average Muslim, from within his neighborhood, work, and social circles, can play a major role in gathering support for Islam, along with its causes and values.

In conclusion, it is safe to say that protecting Islam is not the obligation of soldiers and fighters only. Rather, it is the obligation of every Muslim, each one within his limits and capabilities. Islam, throughout history, was defended by soldiers, as well as by scholars, poets, merchants, travelers, students, etc.