Mistakes During Sa`i Between Safa and Marwah 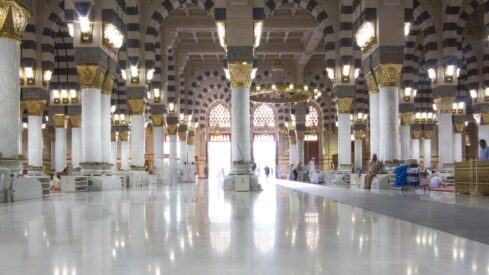 1- Making wudu’ in order to walk between Safa and Marwah with claim that he who does so has 70,000 ranks written for him for every step he takes.

2- Specifying special Du`aa’s for special places and rituals, such as:

– Making Du`aa’ when descending from Safa, saying: (O Allah! Make me act according to the Sunnah of Your Prophet, and cause me to die upon his religion, and protect me from the misleading trials, by Your Mercy, O Most Merciful One.)

– Saying while making Sa`i: (O Allah! Forgive and have mercy and pass over what You Know…etc)

5- Continuing to perform the Sa`i between Safa and Marwah after the Iqamah has been given for prayer – so that they miss prayer in congregation.

6- Considering going from Safa to Marwah and coming back as one round (shawt), and thus performing Sa`i fourteen times instead of seven.

7- Hastening throughout Sa`i, while it is enjoined to run between the two green flags only and to walk normally during the rest of the distance.

8- Performing Sa`i alone, i.e. doing it neither in Hajj nor in `Umrah. There is no evidence on this from the Prophetic Sunnah.

9- Climbing the mountains of Safa and Marwah, turning towards Qiblah (the direction of the Ka`bah), raising hands and saying “Allah is the Greatest” as if starting prayer. This is wrong, because the Prophet (peace and blessings be upon him) used to raise his hands only for supplication; he praised Allah, celebrated His Greatness, and asked Allah for what he willed while facing Qiblah.

11- Specifying supplications for each round of Sa`i, as there is no evidence on this in the Sunnah. Rather a pilgrim is to supplicate Allah and ask Him whatever he desires.

12- Starting Sa`i from Mount Marwah which contradicts the Sunnah and nullifies the first round (which started from Marwah).