Muhammad Was Also the Prophet of the Jinn 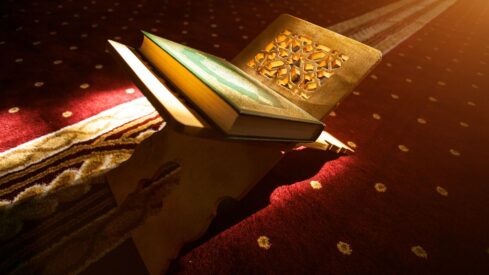 (Say: “It has been revealed to me that a band of the jinn listened and said, ‘We have heard a most amazing Recitation. It leads to right guidance so we believe in it and will not associate anyone with our Lord.’”) (Al-Jinn 72:1-2)

In that same surah, Allah also reveals that some jinn are actually Muslims:

([The jinn said]: “And when we heard the guidance, we believed in it. Anyone who believes in his Lord need fear neither belittlement nor tyranny. Some of us are Muslims and some are deviators. Those who have become Muslim are those who sought right guidance.”) (Al-Jinn 72:13-14)

These jinn state that some among them opposed Allah by telling lies and inventing superstitions. That superstitious religion that the jinn had believed in is also described in that surah:

(He—exalted be the Majesty of our Lord!—has neither wife nor son. The fools among us have uttered a vile slander against Allah. We did not think it possible for either man or jinn to tell a lie against Allah.) (Al-Jinn 72:3-5)

Yet another verse recounts that when the Prophet (peace and blessings be upon him) rose for his religious obligations, the jinn would gather around him:

(When the servant of Allah stands calling on Him, they almost swarm all over him.) (Al-Jinn 72:19)

As that verse makes clear, the Prophet Muhammad (peace and blessings be upon him) was sent as a prophet for all men and the jinn. The Qur’an is a guide for both mankind and the jinn.