Night Journey for the Nation … Ascension to Civilization 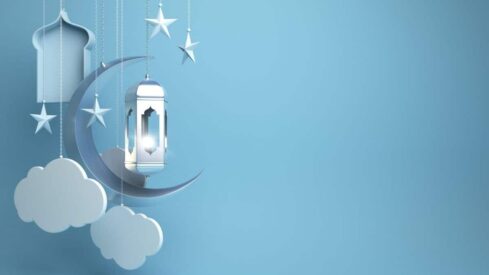 Many are the sad events and bitter memories that Muslims experience nowadays, and so many are those experienced by them in the past years. Those events have shocked their reality and posed new challenges and many questions whose answers are surrounded by much frustration, defeatism, and blackness.

But, as the present gets darker, some bright flashes tend to dash here and there from the depths of the past. From time to time, these flashes remind Muslims that they are the descendants of great builders of civilization and that darkness — no matter how long — will surely be followed by daylight.

As we celebrate the anniversary of Al-Israa‘ and Al-Mi`raj (the Night Journey and Ascension of Prophet Muhammad), Muslims in many places of the world suffer afflictions and wars, bloodshed and terrorism, chaos and backwardness, bewilderment and confusion.

There are questions about the end, about persecution of religion and betrayal of its adherents, about mass suicide and the doom of a glorious nation that is supposed to exist till the end of time, if Allah wills.

Such deviation has reached an unprecedented level. Meanwhile, the nation’s decline continues, in spite of the glimpses of light that try to illuminate the path away from clamor and storms.

Established by the Night Journey, the horizontal connection between different places on earth stresses the principle of symbolic extension of a message that promotes benevolence, peace, and mutual respect.

In his Night Journey, Prophet Muhammad (peace and blessings be upon him) did not go to Jerusalem to subdue it, shed the blood of its inhabitants, or bring it under the sovereignty of Muslims by force. In fact, the Night Journey was a gathering of all Prophets in the presence of the last one of them. It was a meeting of the leaders of one religion and a symbolic reference to a meeting of different nations, races, and cultures.

Having taken place at the beginning of laying the foundations of Islam, the Night Journey was a clear indication that this religion is a religion of peace — a religion that encourages its followers to get to know others and build healthy relationships with them. Also, this blessed journey pointed out the fact that Islam is a continuation of the same spring of good, from which past nations drank when they adopted the message of their Prophets and reformers.

Islam did not carry to this good, virtuous land of Jerusalem a message of aggression, oppression, or appropriation. It neither said, “We have brought a nation without a land to a land without a nation” nor said, “We have come with a Prophet to a land without prophets.” On the contrary, Islam respected what preceded it and regarded itself as part and parcel of a whole fabric that had been formed throughout the history and geography of preceding nations.

On the other hand, the journey of ascension established a vertical connection between the earth and heaven. It underlined the fact that there is a close relationship between this nation and its Lord. This relationship is manifested by the five daily Prayers.

In this way, the journey of ascension established a new pillar for any worldly success. In more modern terms, one can say that no civilizational precedence of the Ummah can ever be sound, sustainable, renewable, or creative without taking the spiritual and moral aspects into consideration in all spheres of life. Indeed, the way that the Ummah takes toward progress and prosperity is a way that leads to Almighty Allah.

The spirituals and principles of morals along with that close relationship between heaven and earth lay the foundations of human life, with its psychological, cultural, political, social, and economic aspects. A structure that overlooks the spiritual and moral aspects of civilization is definitely lame in theorization, in thought, and in vision. Such a lame structure will lead to lameness in application, even if such lameness was hidden from the very beginning.

Unfortunately, we lost our morals in politics and severed the spiritual ties between heaven and earth. We forgot or pretended to have forgotten a whole Qur’anic surah named Ash-Shura (Mutual Consultation). Afraid of power, weakhearted scholars turned the principle of shura into a mere piece of information about the history of Islam, rather than a binding principle. In turn, the rulers grew even more tyrannical. They deluded their peoples, imposing upon them immoral and unspiritual interpretations of the principle of shura. They bequeathed the rule just as the houses and other possessions are bequeathed.

At the beginning, the subjects yielded and refused to stand up to injustice, either out of fear or out of greed. Afterward, the people became even unable to straighten their backs and stop bowing, as if they had never stood up straight before. As a result, generations from this nation were born bowing. They grew old and remained bowing, and they entered their graves still bowing. Sadly, they never had the chance to see the sky! Furthermore, morals disappeared and the earnest appeals addressed to people’s conscience came to a standstill.

The ascension toward civilization will never be a success without the existence of these spiritual and moral aspects in all our actions and in every path toward progress, liberation, and — above all — toward Allah. Neither we nor our offspring will ever gain the least benefit from an alleged civilization as long as murder, terrorism, horribleness, and damage are rocking our homes, without knowledge or clear-sightedness, without rights or morals, and without any reasonable argument!

In fact, we shall never understand the civilizational message of the journey of ascension unless we first understand that building a civilization is neither accomplished in disorder and clamor nor achieved with hands stained with falsehood, tyranny, and aggression.

In conclusion, civilization is a journey (or Israa’) that turns a lost, helpless person into a righteous one who aims at reform. It is also an ascension (or Mi`raj) of such a person to spirituality, morality, justice, and freedom. This is one of many messages of the Night Journey and Ascension for both the individual and the community, however the conditions may be.