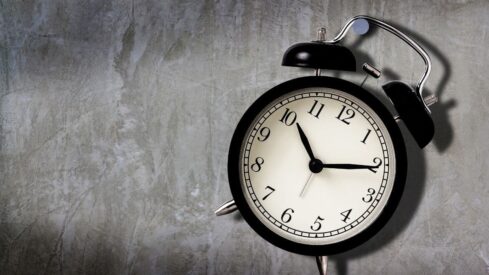 For a believer, the scope of patience is not limited to enduring difficulties and problems with calmness. In the light of the verse, [You who believe, be steadfast; be supreme in steadfastness… ] (Aal `Imran 3:200), throughout his life, he shows an undeviating commitment to meticulously fulfilling all the commands of the Qur’an, to avoiding what is unlawful, to displaying moral perfection in every situation, without becoming daunted or losing heart. In short, he resolutely shows the patience and good manners prescribed by the religion. That is because one can develop these noble character traits only if one makes a steady effort. It is the people of faith who exhibit patience when making such efforts. As the Prophet Muhammad (peace and blessings be upon him) informed Muslims in the following hadith, they know that patience is a gift for them from Allah: “No-one can be given a better and more abundant gift than patience” (Bukhari and Muslim).

The following example in the Qur’an about the patience evinced in displaying moral perfection will give us a better understanding of this concept:

As the verse points out, Allah commands man to respond to an evil act in the best manner possible and stresses that only those who are patient can be successful in doing so. This example clearly shows that if moral perfection is to be displayed, it is important to be patient.

Never feeling frustrated in the face of events that are seemingly negative is another attribute of a believer. Alternatively, when he has a blessing bestowed upon him he never becomes spoiled.

An individual can be very generous, self-sacrificing and very humble at certain times of his life. Or, he may remain strong in the face of hardships. However, failure to demonstrate these favorable character traits under certain conditions, and thus having some limits or weak points, may invalidate one’s preceding efforts to conducting oneself correctly. One must incorporate all these values in one’s character. These qualities must be far from being imitative, fake, shallow or temporary; they must be components of an established Qur’anic structure. Allah also states that consistently displayed good values that have become an integral part of one’s character are worthy in Allah’s sight: [… But, in your Lord’s sight, right actions which are lasting bring a better reward and are a better basis for hope of salvation.] (Al-Kahf 18:46)

Endurance, which entails “putting up with something”, is different from patience, which for the believer, is a source of hope and happiness.

Patience is one of the most important signs of a believer’s sincerity and efforts to draw near to Allah: one can only show patience in relation with his sincerity and closeness to Allah. Believers who are committed to displaying these traits compete with other believers in being patient. If making a sacrifice is in question, they conduct themselves most correctly and bring all their material and physical resources into play. Attention is drawn to this trait in a verse which reads: […those who are steadfast in seeking the face of their Lord…] (Ar-Ra`d 13:22). Encountering a difficulty, such people turn to Allah without harboring any feelings of distress or uncertainty in their hearts. This was also expressed by the Prophet:

The believer is content with Allah no matter what situations he encounters. He believes in His eternal compassion and mercy, and puts his trust in Him.

The patience shown for the cause of Allah, however, is not a source of distress, but a great cause of pleasure and happiness. A man of perfected faith shows patience in order to earn the approval of Allah, and thus does not become depressed. On the contrary, with the hope of receiving the blessings and rewards Allah promises in return for his patience, he derives great pleasure from it. Allah informs us in the Qur’an that patience is distressing for disbelievers:

[Seek help in steadfastness and prayer. But that is a very hard thing, except for the humble] (Al-Baqarah 2:45).

The patience of a believer is so profound that his patience and imploration never wavers, even though he cannot eliminate a problem or attain his wishes until death overtakes him. He knows that Allah keeps everything under His control and that he will earn great rewards in return for his patience. For this reason, he is content with Allah no matter what situations he encounters, he believes in His eternal compassion and mercy, and puts his trust in Him. If Allah does not answer his call immediately, he certainly knows a greater goodness and beauty are hidden in this. He never forgets that Allah answers all prayers and gives an excellent reward to those who are patient. And His promise is true.