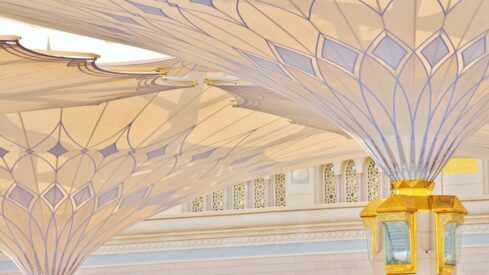 The teachings of the Prophet instilled in Muslims the notion that they should treat Christians and Jews well, respect them and to maintain good relations with them. The protests by Muslims against depictions of Prophet Muhammad (peace be upon him), as misguided as they were, have given rise to perhaps an equal amount of righteous Western outpouring, concern, and even rage regarding Islam and the values of Muslims.

The tradition of depicting Prophet Muhammad in a bad light, however, is not a new one. It is well-known that the some people have had a long and entrenched tradition of promoting false and distasteful images of the Prophet of Islam, even by the most scholarly of their authorities.

What is not well-known to them is the Islamic respect regarding other religions and how Islam seeks to establish good relations with other traditions through a profound respect and understanding of the knowledge and major authorities of other people.

The following, two examples that reflect the Prophet’s rational and tolerant approach to other religions and their founders will be discussed.

Moses, Peace Be upon Him

Muslims believe that Prophet Moses (peace be upon him) occupies a unique status amongst the Prophets (peace be upon all of them), for he was the only Prophet who, miraculously and directly, spoke with God Almighty. In addition, Moses is the single most-mentioned Prophet by name in the Quran (136 times).

One incident illustrates the respect and honor that Prophet Muhammad had for Moses. It is related that a Muslim and a Jew quarreled. When the Jew praised Moses over Muhammad (peace be upon them both), the Muslim insulted the Jew. The Jew complained to the Prophet (peace be upon him) who replied:

“Do not confer on me superiority over Moses, for people will be struck unconscious of the day Resurrection and I will be the first to regain consciousness. And behold! There I will see Moses holding one of the pillars of Allah’s Throne. I will wonder whether he has become conscious before me or he has been exempted because of the unconsciousness he experienced on Mount Sinai.” (Al-Bukhari, 2411)

The followers of Prophet Muhammad learned an important lesson from the above hadith i.e. to respect the religious figures and leaders of other communities. They strictly followed this lesson throughout the ages. As such, history does not record any major incident in Islam where Muslims slandered or degraded in any way or from any of the previous Prophets (God’s peace and blessings be of them all). On the contrary, they held them in high regard and venerated them all. Furthermore, belief in each of them is a fundamental part of Islam. Moreover, Muslims connect their respect for the Prophets closely to the Christian and Jewish traditions.

Jesus, Peace Be upon Him

Another example is Prophet Jesus (peace be upon him), who was a sign and one of the most significant of all signs.

The Quran reveals that Jesus was a sign of God’s existence and His All-Pervasive creative power, which creates whatever is in accordance with divine will. His birth was a unique miracle. Likewise, God Almighty created Adam (peace be upon him) out of clay with no father or mother; many millennia later, He, created a male infant within the mother’s womb without a father. For God, both are created miraculously:

Jesus (peace be upon him) was a sign of God and a mercy from the Most Merciful:

All the circumstances surrounding Jesus’ life – his miraculous birth, the status of his mother the Virgin Mary, his miraculous disappearance from the world, and his reappearance in the future – distinguishes him from all other Prophets. The Quran confers on Jesus and Mary a unique status and an elevated rank among all Muslims. Indeed, chapter 19 in the Quran is called “Mary”, which contains the story of her son’s miraculous birth.

In this chapter, God’s name Ar-Rahman (the Most Merciful) is repeated more than in any other chapter (16 times), and Prophet Jesus (peace be upon him) is described as “an act of mercy from Us” (19:21). Prophet Muhammad, of course, is identified with mercy in the Quran and this repetition of mercy in Mary indicates how Divine Mercy encompasses all the prophets and especially Jesus.

One of the spectacular examples of the Prophetic respect and honor of other religions, especially Christianity, is when Prophet Muhammad allowed Christians to pray in his own mosque according to the Christian way of praying. This took place when a delegation of the Christians from Najran visited Madinah. The delegation was composed of 60 individuals headed by a bishop, Abu Haritha ibn Alqamah, who was an authority on Christianity and well-respected by the Byzantine Emperor. Their discussion with the Prophet continued and their prayer time came. Some Muslims, out of ignorance, objected to them praying in the mosque. But Prophet Muhammad permitted them to pray and he even hosted them in his mosque.

The Prophet strengthened his relations with Jews by marrying a noble Jewish woman, Safiyyah who became the mother of the believers. The Jews of Madinah were involved in all the battles against Muslims, directly or indirectly, and secretly or openly. After this marriage, the Jews desisted from fighting against Muslims. As such, the Prophet continually sought ways to maintain peace and good relations with the Jews. The Prophet also permitted Muslims to marry Christian and Jewish women. The teachings of the Prophet instilled in Muslims the notion that they should treat Christians and Jews well and to maintain good relations with them.