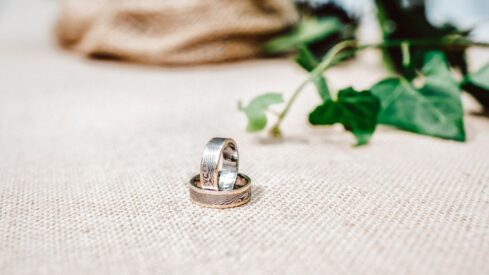 Despite Prophet Muhammad’s strong love for Aisha, the other wives were not sidelined. In fact, he spent his nights on rotation to ensure all the women in his ambit were given fair attention. For those whom he had married with younger children, he was also a father to them and took care of them like they were his own.

At the same time, all his wives were his consultants and confidants. Although all directives  came from God, Prophet Muhammad still made a big deal to consult his wives before anyone else, to demonstrate how important these companions were. During the truce of Hudaybiyah, the Makkans refused the Muslims entry into the sacred precincts of Makkah for Umrah.

Prophet Muhammad, peace be upon him, consoled the pilgrims to accept this refusal through the wisdom that he had received. He advised to sacrifice their animals, and take off their pilgrim attire as per the completion of the pilgrimage. However, the Muslims were adamant to perform the Umrah in Makkah. The Prophet then consulted his wife Umm Salamah, who was with him at that time, who suggested for him to lead by action and example. Soon after, the pilgrims felt comforted by the Prophet’s actions and followed him.

Leading by Example and Turning Hearts Towards God

Through leading by example, Prophet Muhammad’s wives also denounced worldly attachments and chose Prophet Muhammad and the Hereafter. Prophet Muhammad, peace be upon him, led such a basic life, that he only slept on a thin bedding on the floor, used water sparingly, and on many days had very little to eat. Imagine living in these conditions and being directed by God to marry many women (with most of them raising their own children from previous marriages), treat them equally and provide for them and their children.

At one point in time, the wives of Prophet Muhammad, in their humanness, did ask for a little more than they had. They were not indecent requests and Prophet Muhammad, peace be upon him, was not angered at them. Instead, he chose solitude to express his sadness, and in turn, his wives also felt grave sadness upon them. When Abu Bakr and Umar (both of whom had daughters married to the Prophet) heard of this incident, they were angry at their daughters for causing pain to the Prophet. However, the Prophet cautioned to not be mad at his wives as he felt the grief of being unable to meet their requests.

In turn, God advised the Prophet:

{O Prophet! say to your wives: If you desire this world’s life and its adornment, then come, I will give you a provision and allow you to depart a goodly departing. And if you desire Allah and His Messenger and the latter abode, then surely Allah has prepared for the doers of good among you a mighty reward.} (Al-Ahzab 33: 28-9)

All the wives chose the Prophet, their husband, and the Hereafter. This was an open choice and they decided that through Prophet Muhammad’s servitude that they would be in a far better position to choose the Hereafter rather than live luxuriously in a temporary world.

Disputes of Jealousy Were Resolved with Wisdom

Despite the special status of the wives of the Prophet, they were reminded of their humanness, as some ill feelings of jealousy and misunderstandings did arise. In a famous report, Prophet Muhammad, peace be upon him, received some gifts from someone, which included a beautiful necklace. As the Prophet unraveled the gift, he announced that he would give the necklace to the person he loved most. Some of his wives began whispering that he would choose the daughter of Abu Bakr (Aisha), as the recipient of the gift. Prophet Muhammad, peace be upon him, then summoned Umamah, his granddaughter through Zaynab, to present the gift to. Umamah was a young girl and busy playing while all this was happening.

One of Prophet Muhammad’s later wives was Safiyya bint Huyayy who had accepted Islam after the army her father had led against the Muslims faltered in battle. Safiyya chose to wed Prophet Muhammad and become a Muslim rather than be free and return to her tribe. Safiyya, although, honored by the Prophet as a “Mother of the Believers”, sometimes faced hardship amongst the Arabs, including her co-wives. They sometimes would call her “the Jew”.

Prophet Muhammad, peace be upon him, instead of becoming angry at the others, he helped Safiyya stand up to those who were sarcastic towards her. “If they repeat it,” he had said, “give them this response: ‘My father is the Prophet Aaron, my uncle is the Prophet Moses and my husband is, as you see, the Prophet Muhammad, the chosen one. What do you have more than me to be proud of?’” When she would garner whispers while they were together, the Prophet would firmly say: “She is my wife,” to ward off any ill intentioned speculation or gossip.

Marriages today seem a difficult ordeal. There are so many sorts of disputes that surface between husband and wife and many of them lead to divorce. This is just in the case of monogamous marriages, and some end as prematurely as within two years.

Prophet Muhammad’s monogamous marriage lasted twenty five years until he buried his elderly wife. During that time, he never showed interest in other women. After that, the directives to marry many wives came with wisdom from God. And mostly they were for these women to be the best teachers to society or to bind relationships with other tribes. All wives were honored nonetheless and promised a great reward for their steadfastness in living within limited means.

Furthermore, disputes and jealousy were mitigated gently by the Prophet himself, in order to maintain unity within his household. Save for a few issues, his wives held a close knit; helped answer questions with respect to religion; followed their husband on political envoys; worked hard to feed the poor; and became the mothers to all believers.

This could only happen through the strong leadership of Prophet Muhammad, who led by example and served his family humbly, and will also be remembered as the best of husbands in Islamic History.

Share Share
# The life of… # The Prophet's wives # Marriage
Read more in this series: "The Prophet's Refined Manners"