Qualifications of the Companions and the preservation of the Sunnah 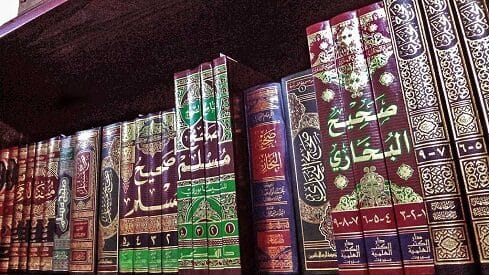 The Companions, may God be pleased with them, were able to control the Sunnah according to some qualifications they had that most people lack today, so their memorization of the Prophet’s Sunnah and their care for it was a unique type, and they were able with this enormous ability to narrate the Prophet’s Sunnah and spread it in all parts of Islamic countries and cities. The hands of the Companions, may God be pleased with them, and this empowerment is due to a number of reasons that can be summed up in spiritual qualifications and innate qualifications, including:

First: complete faith in the Prophet, peace and blessings be upon him

Companions ears have listened to the voice of sincere Secretary, standing at the head of Safa reciting the saying of the Almighty : {Say: “O men, I am verily the apostle of God to you all. His whose kingdom extends over the heavens and the earth. There is no god but He, the giver of life and death. So believe in God and the messenger, the gentile Prophet, sent by Him, who believes in God and His messages. Obey him; you may haply be guided aright.”} (Al- A`raf. Verse: 158). They answered the call and followed the pure destination until they became well-guided and guide others.

Moreover, the Noble Qur’an breathed the ecstasy of loving the Prophet, may God’s blessings and peace be upon him, into their hearts, and its methods varied in clarifying the status of this Messenger among the ummah:

– He informed that, what the Prophet, may God’s blessings and peace be upon him, was reporting  was not from his own accord, as He ruled out that his speech was mere whims (and he does not speak of desires except for a revelation that is revealed to him) (An-Najm verse 5).

And He mandated the obedience of the Prophet, may blessings and peace be upon him, in more than one place as in – the verse: {Say: “Obey God and obey the Apostle. If you turn away, then for him is his duty to fulfil, and for you the burden that you carry; yet if you obey him you will be rightly guided. The duty of the Messenger is to convey the message clearly.} (An-nur verse: 54)

“-He who obeys the Apostle obeys God; and if some turn away (remember) We have not sent you as warden over them.” (An-Nisa: 80).

{Indeed, by your Lord, they will not believe till they make you adjudge in their disputes and find no constraint in their minds about your decisions and accept them with full acquiescence.} (Muhammad verse: 33).

And He urged to emulate his Sunnah, peace and blessings be upon him, and from that the Almighty’s saying: {Indeed, you have in the Messenger of God a good example for those who hope in God and the Day of Resurrection: Verse 21.

– And arranged punishment for going against him, peace be upon him, the Almighty said: {And he who opposes the Prophet after the way has become clear to him, and follows a path other than the way of believers, We shall lead him to what he has chosen for himself, and shall take him to Hell: How evil a journey’s end.} (An-nisa, verse: 115).

{Do not consider your being summoned by the Apostle to be like your summoning one another. God knows those of you who go away surreptitiously. So let those who act in contravention of his command take heed lest a trial should befall them or a grievous punishment come upon them.} (An-nuur verse: 63).

Through these methods, the Qur’an stirred up the moral powers of the Companions and shook their feelings, so they certainly felt the mission of the Messenger, peace and blessings be upon him, and were convinced that happiness, victory, glory, honor and salvation are in following his Sunnah, and they adhered to his commands and stood at the limits of his prohibitions until their famous saying was “O Messenger of Allah (may the blessings and peace of Allah be upon him)! May my mother and father be sacrificed for you! ” as a clear sign of how firmly their faith in this Prophet, may God’s blessings and peace be upon him, and their condition of love and following as commanded by God Almighty. There is no doubt that their concern for preserving his Sunnah and his legacy, peace and blessings be upon him, will be of high value.

Second: Keenness to hear from the Prophet, may God bless him and grant him peace.

The companions were so keen on direct transmission from the Prophet, may God’s blessings and peace be upon him and his family, until it was found among them those who emigrated from families and homelands, preferring the narration from the Messenger, may God bless him and grant him peace, as is the case of the people of “As-suffah” who sleep in the mosque and remain in it, and Abu Huraira, may God be pleased with him, portrayed something of their situation by saying: ” I saw seventy of As-Suffah men and none of them had a Rida’ (a garment covering the upper part of the body). They had either Izars (only) or sheets which they tied round their necks. Some of these sheets reached the middle of their legs and some reached their heels and they used to gather them with their hands lest their private parts should become naked.”  .

Sa’ad bin Ubadah, may God be pleased with him, used to return every night to his family with eighty of them to feed [4] . These people struggled with hardship in order to live the Messenger, may God’s blessings and peace be upon him and his family, and make him the center of their entire lives.

Perhaps some of the Companions were preoccupied with earning a living, so he had to agree with another Companion to take turns in the assembly of the Prophet, may God bless him and grant him peace, so that each one of them would tell what the other missed so that neither of them would miss anything from the Sunnah of the Prophet, may God’s blessings and peace be upon him and his family, and on this Omar went with Ansari neighbor.

Rather, some remote tribes were found sending delegation to Madinah to receive from him, peace and blessings of God be upon him and his family, his guidance, character and all his attributes, and this is Malik bin Al Huwaireth, and Wael bin Hujr came in a delegation of their people to Madinah, and both of them are among the most famous who narrated the description of the Prophet’s prayer, peace and blessings be upon him and his family. .

And for the sake of complete tuning from the Messenger, may God bless him and grant him peace, it was their business to honor him and his assembly. It was not their habit, when they were sitting and listening to the Prophet, may God bless him and grant him peace, to raise their voices. Rather, “when he spoke – may God’s blessings and peace be upon him – they lowered their voices in his presence, and they did not dare to look at him to venerate him.” [6] It was as if birds were on their heads.

On the authority of Buraydah ibn al-Husayb, may God be pleased with him, he said: “When we sat with the Messenger of God, may God bless him and grant him peace, we would not raise our heads to him out of respect for him.”

And it was confirmed that good listening helps with ease of understanding and comprehension, and in wisdom (give knowledge your all and it will give you part of it) and with this high etiquette in the hearing sitting and the total demand for knowledge, God opened their ears, minds and hearts until they had good memorization and perfect tuning from the Messenger, may God’s blessings and peace be upon him.

Third: Consulting the Prophet, may God bless him and grant him peace, regarding what was confusing them.

The Messenger of God, may God’s blessings and peace be upon him, said: “Its water is pure, and it’s dead animal is lawful to eat.” and the examples in this section are very many.

And this is nothing but evidence of one of the paths of their complete memorization of the hadith of the Prophet, peace and blessings of God be upon him, and seeking the understanding of religion from him.

Fourth: The nature of the memorization of the Companions, may God be pleased with them.

The Arabs were distinguished in the past by the advantage of accuracy of memorization to an extent that calls for astonishment and admiration, and they are “an illiterate nation with little care about writing, which is a tool of civilization, they replaced it to update their news and circulate it with power of memorization, so they leaned on it until it became a talent for many of them that the owner doesn’t need to burden himself to memorize whatever came to his hearing from the news and the poems, so it took the position of the writing and recording. Therefore, the news and poetry of the Arabs, which have reached us to this day, only got to the Muslims with the narration; Then these people bound it to books in the first era and beyond.”

Because the Arabs enjoy this instinct – the talent of memorization – and then they were offered to memorize the Sunnah of the Prophet, may God bless him and grant him peace, there is no doubt that a delicious scientific euphoria will arise among them in a more complete manner, and they will focus on his traditions, the best of blessings and peace be upon him, and this is what actually happened later.