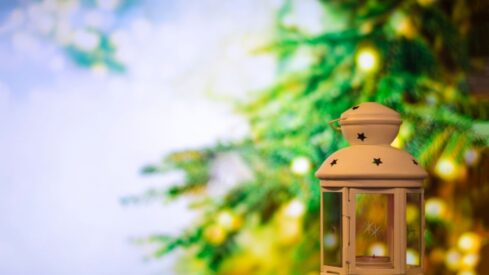 The first thing that strikes you about Ramadan is the love people have for it.

When the crescent appears again a month later, it is with sweet sadness that they bid adieu to Ramadan.

As a Muslim, I am often asked about fasting in Ramadan. Why do you do it? Is it difficult? Is it spiritual? As a convert to Islam 15 years ago, I found these questions particularly difficult to answer; in many cases, I myself did not have their answers.

Today, so many years after my initial recitation of the Shahadah (testimony of faith), I can say that I am an “experienced” Muslim. Knowledge and understanding of Islam is an on-going process — each step in the search of knowledge throws open new vistas of understanding — but at least I now know slightly more than what I knew 15 years ago.

My first Ramadan was difficult. After a few false starts and being unable to eat sahur (the meal right before dawn ) so early in morning, I managed to keep my first fast, which was an achievement.

It was an experience I never had before this.  For the first time, I realized the value of so many things that I otherwise took for granted. I noticed the smooth velvety texture of water and for the first time recognised what thirst really was. A few fasts and I could empathize with those who were hungry, thirsty, and who lived in famine.

I also understood the strength of my own faith, and the faith of  more than a billion Muslims around the world, who fast simply because they are commanded to, Subhan Allah. Muslims who are fasting do not eat or drink anything during the day in Ramadan, not even water.

We eat a pre-dawn meal — the sahur — and then a meal to open the fast at sunset called the Iftar. A Muslim can be hungry, thirsty, and tired, yet she or he commutes to work as usual and gets the day’s jobs done. Schedules remain unaffected and life goes on as normal but with the absence of food and drink.

So why do Muslims fast for an entire month in Ramadan? Why do we go through this phase of abstinence? The simplest answer is: We fast because our Creator commanded us to.

This is an extremely beautiful sentiment, a conviction of belief which can be inspired by God Almighty alone. Intangible, immeasurable trust and love for Allah.

The fast epitomizes the sincerity of the believer. I have mulled over this so many times: who is to know if a person sneaks a bite of food while pretending to fast? What is it that stops me and a billion other Muslims from gulping down the water we use to gargle while doing ablution?

On the contrary I see many, especially the younger ones, trying to remove even the tiniest, most miniscule drop of water from their mouths after making ablution.

I remember one young girl who was concerned about what would happen if it rained in Ramadan; she was worried about the drops of water falling on her lips. As her friend, it made me smile to think of her, but it also made me think. Such was her sincerity that even the rain drops became a concern.

Going back to my original questions about fasting, the answers were deeper than I expected them to be. Agreed that there is enough written about the health benefits of fasting, but to me, it is the faith that inspires this fasting.

When this belief of an individual transcends national boundaries and physical distance, it becomes the faith and the practice of the collective. It becomes all the more inspirational and heart-stirring.

Fasting is thus taken to the heights of meaning every Ramadan. It does not simply stand for the abstinence of the individual. Rather, it becomes a collective celebration of the spirituality that humankind is capable of.

Individuals are awakened to an understanding of their ability to conquer the urge to eat. If this can be done, greed for power, wealth, fame and everything else can similarly be overcome. But this is not the end of meaning that can be achieved.

On a more subtle note, there is underlying wisdom that power and wealth are not as bad as they are often made out to be. Complete abstinence isn’t supposed to be the answer. We can never be divine, but we surely have to be humane.

With wisdom comes moderation, and with moderation comes responsibility. Food is nutrition when it is good, and obesity when it is bad. Power can be destructive, but power can also create a duty-of-care: a mother’s power over the life of her infant.

Wealth can cause wars or wealth can feed the famine stricken, and educate the illiterate, and by its very nature, wealth can eradicate poverty.

We read about scholars and philosophers who through the ages have resorted to asceticism and isolation to acquire such wisdom. Ramadan presents us the opportunity to learn these difficult lessons of balance and moderation together, as a collective, as the Ummah of people who submit their will, and their desires, unconditionally to God Almighty.