Scientific Approach to the Qur’an 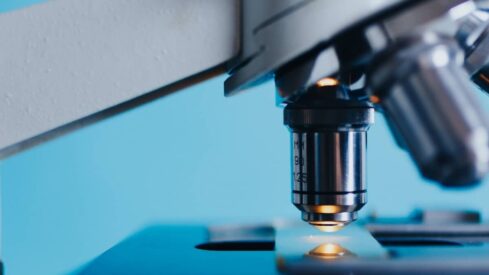 A truly scientific approach to the Qur’an is possible because the Qur’an offers something that is not offered by other religious scriptures, in particular, and other religions, in general. It is what scientists demand. Today there are many people who have ideas and theories about how the universe works. These people are all over the place, but the scientific community does not even bother to listen to them. This is because within the last century the scientific community has demanded a test of falsification. They say, “If you have theory, do not bother us with it unless you bring with that theory a way for us to prove whether you are wrong or not.”

Such a test was exactly why the scientific community listened to Einstein towards the beginning of the century. He came with a new theory and said, “I believe the universe works like this, and here are three ways to prove whether I am wrong!” So the scientific community subjected his theory to the tests, and within six years it passed all three. Of course, this does not prove that he was great, but it proves that he deserved to be listened to because he said, “This is my idea; and if you want to try to prove me wrong, do this or try that.”

This is exactly what the Qur’an has—falsification tests. Some are old (in that they have already been proven true), and some still exist today. Basically it states, “If this book is not what it claims to be, then all you have to do is this or this or this to prove that it is false.” Of course, in 1,400 years no one has been able to do “This or this or this,” and thus it is still considered true and authentic.

I suggest to you that the next time you get into dispute with people about Islam and they claim that they have the truth and that you are in darkness, you leave all other arguments at first and make this suggestion: Ask them, “Is there any falsification test in your religion? Is there anything in your religion that would prove you are wrong if I could prove to you that it exists—anything?” Well, I can promise right now that people will not have anything – no test, no proof, nothing! This is because they do not carry around the idea that they should not only present what they believe but should also offer others a chance to prove they are wrong. However, Islam does that.

A perfect example of how Islam provides man with a chance to verify its authenticity and “prove it wrong” occurs in the fourth surah. And quite honestly, I was very surprised when I first discovered this challenge: “Do they not consider the Qur’an? Had it been from any other than Allah, they would surely have found therein much discrepancy.” (An-Nisaa’ 4:82)

This is a clear challenge to the non-Muslims. Basically, it invites them to find a mistake. As a matter of fact, the seriousness and difficulty of the challenge aside, the actual presentation of such a challenge in the first place is not even in human nature and is inconsistent with man’s personality. One doesn’t take an exam in school and after finishing the exam, write a note to the instructor at the end saying, “This exam is perfect. There are no mistakes in it. Find one if you can!” One just doesn’t do that. The teacher would not sleep until he or she found a mistake! And yet this is the way the Qur’an approaches people.

Ask Those Who Have Knowledge

Another interesting attitude that exists in the Qur’an repeatedly deals with its advice to the reader. The Qur’an informs the reader about different facts and then gives this advice: “If you want to know more about this or that, or if you doubt what is said, then you should ask those who have knowledge.” This too is a surprising attitude. It is not usual to have a book that comes from someone without training in geography, botany, biology, etc., who discusses these subjects and then advises the readers to ask men of knowledge if they doubt anything. Yet in every age there have been Muslims who have followed the advice of the Qur’an and made surprising discoveries. If one looks to the works of many centuries ago, one will find them full of quotations from the Qur’an. These works state that they did research in such a place, looking for something. And they affirm that the reason they looked in such and such a place was that the Qur’an pointed them in that direction.

For example, the Qur’an mentions man’s origin and then tells the reader, “Research it!” It gives the reader a hint where to look and then states that one should find out more about it. This is the kind of thing that Muslims today largely seem to overlook—but not always, as illustrated in the following example.

A few years ago, a group of men in Riyadh, Saudi Arabia, collected all of the verses in the Qur’an that discuss embryology, the growth of the human being in the womb. They said, “Here is what the Qur’an says. Is it the truth?” In essence, they took the advice of the Qur’an: “Ask the men who know.” They chose, as it happened, a non-Muslim who is a professor of embryology at the University of Toronto. His name is Keith Moore, and he is the author of textbooks on embryology—a world expert on the subject. They invited him to Riyadh and said, “This is what the Qur’an says about your subject. Is it true? What can you tell us?”

While he was in Riyadh, they gave him all the help that he needed in translation and all of the cooperation for which he asked. And he was so surprised at what he found that he changed his textbooks. In fact, in the second edition of one of his books, called Before We Are Born, in the section about the history of embryology, he included some material that was not in the first edition because what he found in the Qur’an was ahead of its time and that those who believe in the Qur’an know what other people do not know.

I had the pleasure of interviewing Dr Keith Moore for a television presentation, and we talked a great deal about this.  The discussion was illustrated by slides and so on. He mentioned that some of the things that the Qur’an states about the growth of the human being were not known until 30 years ago. In fact, he said that one item in particular—the Qur’an’s description of the human being as a “leech-like clot” (`alaqah) at one stage (Al-Hajj 22:5; Al-Mu’minun 23:14; and Ghafir 40:67)—was new to him; but when he checked on it, he found that it was true, and so he added it to his book. He said, “I never thought of that before,” and he went to the zoology department and asked for a picture of a leech. When he found that it looked just like the human embryo, he decided to include both pictures in one of his textbooks.

Although the aforementioned example of man researching information contained in the Qur’an deals with a non-Muslim, it is still valid because he is one of those who is knowledgeable in the subject being researched. Had some layman claimed that what the Qur’an says about embryology is true, then one would not necessarily have to accept his word. However, because of the high position, respect, and esteem man gives scholars, one naturally assumes that if they research a subject and arrive at a conclusion based on that research, then the conclusion is valid.

Moore also wrote a book on clinical embryology, and when he presented this information in Toronto, it caused quite a stir throughout Canada. It was on the front pages of some of the newspapers across Canada, and some of the headlines were quite funny. For instance, one headline read “SURPRISING THING FOUND IN ANCIENT PRAYER BOOK!” It seems obvious from this example that people do not clearly understand what it is all about. As a matter of fact, one newspaper reporter asked Professor Moore, “Don’t you think that maybe the Arabs might have known about these things—the description of the embryo, its appearance and how it changes and grows? Maybe they were not scientists, maybe they did some crude dissections on their own—carved up people and examined these things.” The professor immediately pointed out to him that he –the reporter– had missed a very important point: all of the slides of the embryo that had been shown and that had been projected in the film had come from pictures taken through a microscope. He said, “It does not matter if someone had tried to discover embryology fourteen centuries ago. They could not have seen it!”

All of the descriptions in the Qur’an of the appearance of the embryo are of the item when it is still too small to see with the eye; therefore, one needs a microscope to see it. Since such a device had only been around for little more than two hundred years, Dr Moore taunted, “Maybe fourteen centuries ago someone secretly had a microscope and did this research, making no mistakes anywhere. Then he somehow taught Muhammad (peace and blessings be upon him) and convinced him to put this information in his book. Then he destroyed his equipment and kept it a secret forever. Do you believe that? You really should not unless you bring some proof because it is such a ridiculous theory.” In fact, when he was asked, “How do you explain this information in the Qur’an?” Dr Moore’s reply was, “It could only have been divinely revealed!” 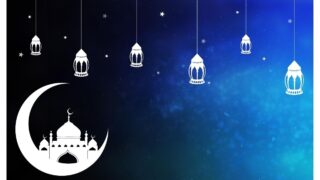