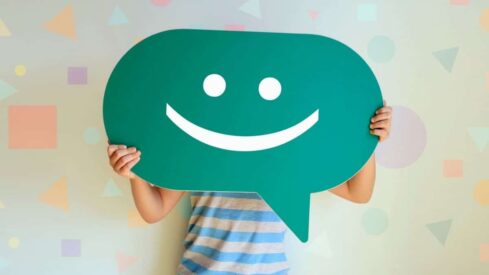 Abu Dharr (may Allah be pleased with him) reported that the Prophet (peace and blessings be upon him) said,

“There is no person who does not have the obligation of (doing) charity every day that the sun rises.”

Whereupon he was asked, “O Messenger of Allah, from where would we get something to give in charity (so often)?” To which he (peace and blessings be upon him) replied,

“Indeed the gates to goodness are many: glorifying God, praising Him, magnifying Him, saying ‘There is no god but Allah,’ enjoining the good and forbidding the wrong, removing (any source of) harm from the road, making the deaf hear (and understand), guiding the blind, showing the seeker his need, striving as far as your two legs could carry you and with deep concern to give succour to him who asks, carrying with the strength of your arms (the burdens of) the weak. All these are (acts of) charity.” And he added, “And your smiling in the face of your brother is charity, your removing of stones, thorns, and bones from people’s paths is charity, and your guiding a man gone astray in the world is charity for you.”

Any person who comes across this beautiful saying must pause for some moments to consider some of its meanings and implications. The hadith has two main concerns:

1. Awakening the springs of goodness in the human heart

2. Strengthening the society with the bond of love, affection, and brotherhood

Charity, as it is traditionally understood, consists of money or various objects given by the rich to help the poor or by the strong to help the weak. Charity, according to this understanding, is extremely narrow and its effects on the life of society are limited. The saying of the Prophet, however, takes charity out of this narrow, physical meaning and on to a spiritual plane that opens up a vast and limitless world by emphasizing that every good is charity. And on every person is the obligation of charity. This is a unique concept of charity. What is charity? Isn’t it “giving”? Indeed, so it is. Then let every act of giving be charity—even a smile in the face of your brother. Charity has a physical and a spiritual dimension which are thus fused into one so that a person can say in giving charity: Take this penny or take this helping hand or take this feeling!

It is all one practical method proceeding from the depths of the soul, but we do not always realize the essence of it. The noble Prophet makes us realize the single spiritual essence which lies behind every act of goodness. But the Prophet (peace and blessings be upon him) does not want us merely to know. Knowledge is not an end in itself. He wants to make us return to goodness, goodness which is the very word of God, and the word of God is supreme. He wants that each of us should move and stir ourselves from within into goodness so that giving would become a habit of life, and that this habit would pass from person to person and prove infectious throughout society.

The wisdom of the Prophet lies in expanding the scope of goodness so that it becomes within the scope of each individual. If charity or goodness were to remain restricted to tangible things or to money, many persons would be prevented from doing humanitarian deeds and much wealth would remain locked up within individuals with no one benefiting and no one discovering its rich and abundant meaning.

The noble Prophet himself acted in a kind and concerned manner in all his human relationships just as a kind and concerned father would behave towards his son. He showed the way to people—step by step—and identified himself with their problems tirelessly and whatever the obstacles were. He showed in so doing the best way to train people and to win their hearts. That is why he made actions which seem to be quite a significant part of charity. That is why he was able to say:

“Smiling in the face of your brother is charity … and pouring out from your bucket into your brother’s bucket is charity.” (Authenticated by Al-Albani)

There are some people who do not ever smile and they do not ever open up their facial features when they meet others. There are people who are even stingy with a drop of water, a drop of God-given water! They may be malicious, or within them there is a disease that has blocked the springs of goodness in their souls. The problem is not merely a smile or a drop of water. It concerns the act of giving. Giving is movement from within which opens up the locked doors of the self, stirring the spiritual hand and making it open freely and widely. Giving is a positive movement, and the soul that is conditioned by positive impulses is a living, stirring, active soul that stands in marked contrast to the negative, cramped, and feeble soul.

But the comprehensive Islamic concept of charity, which includes all good actions however small they may be, allows all people, whether rich or poor, to become givers and receivers on an equal basis. This points to another basic principle of Islamic thought and behaviour—that the standard on which life is judged is not the materialistic or the economic standard alone but one based on faith, feeling, and sensitivity, which form the core of human relations.

Mankind has always been absorbed with and infatuated by amassing wealth and possessions, and often considers such materialism to be the very mainstay of life. But a society based on economic and materialistic considerations alone is often dry and hard and callous and is eaten up by hatred and envy. Of course, Islam does not neglect the material world and the needs of life. Indeed it gives it due attention. But it does not merely stop there, because life in actuality does not stop there. Instead it carries it on to wider and varied horizons, to greater and higher levels. For Islam is the religion of life completely. And from it comes the ties of faith, affection, and love to bind hearts and the society together. Allah says in the Qur’an,

The Prophet (peace and blessings be upon him) said,