Some Notions on Women’s Rights 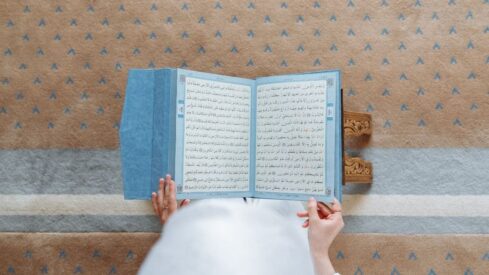 Deprived and treated as inferior throughout historical epochs and civilizations, Islam brought about significant changes to women along with their status, function, and, hence, rights. The cardinal Islamic doctrines concerning women are the following:

First, that women are equal counterparts to men in humanity is the keystone in assessing the cross-sex relations before the Maker. And that the ‘sin’ (otherwise known as Eve’s sin) is not the responsibility of the woman but both Adam and Eve share it is a second principle.

Third, both man and woman equally follow the same assessment on their deeds before the divine. Forth, the grief that accompanies the birth of a female along with the tradition of burying her alive were prohibited and frowned upon due to the direct orders of Islam. Actually, this was a normal tradition in Arabia before the appearance of Islam.

In addition, well-treatment of the woman, all as a daughter, wife, and a mother, was ordained. Her right to education was acknowledged and praised. Also, the right to inherit – unprecedented before Islam in any civilization or tradition – was given to her. What’s more, as a wife, she was granted many rights, yet under the command of the husband, whereby no injustice or domination should be committed against her, and her right to divorce was assured. In addition, Islam regulated and limited polygamy which was not regulated in other cultures or under other monotheistic faiths.

All these doctrines paved the path for her competency. A woman is to independently lead her life and deal with its conditions; trade, expenditure, proxy, association, etcetera. All that was reflected upon three main dimensions in her life; the human, social and legal; she became a full and independent ‘human’ and a partner in human development; while it was not the case at all before Islam. Also her social role was acknowledged, all as a mother, wife, daughter, and partner in work and home; and, finally, her financial independence was bestowed upon maturity.

All that opened the door for women to many choices and rights. She has the right to engage in the political life or a public office job. Also, under Islamic jurisprudence the right to vote was given to her. Employment is also her right, and all the morals and bylaws of are to grant her equality.

Although many such intellectual and civil advancements were unprecedented, still, many cultural and ethnic restraints have stopped the women in the Muslim world from realizing their destiny. It is the deterioration and decadence of Islamic morals and teachings that lead to the sad reality that we in the Muslim world – men and women alike – share.

This has backfired on women status and rights and now they are back to the same position of women in all traditional Eastern societies! Yet, to say that women are not better off nowadays as they were in the pre-Islamic days is not completely true. Of course many legal and social reforms took place and there are many groups working on both the grass-root and international level.

As for the cultural distortions, which stigmatize the Muslim attitude towards women, we must dig beneath such surfaces to see the truth of the reality of women under Islamic teachings. Of course, the roots and ideological misconceptions which stemmed from the Orientalistsï؟½ canons come to the fore.

There is a gulf of difference between the cultural fallacies of life in the East made by oreintalists, and are not particular to the Muslim, but extend to all Asian civilization. In that, it is the veil, for example, which is assumed to the chief way to oppressing women. But pornography, in return, is not seen as means to the enslavement of women to their own bodies and the manly desires.

Islam does not prohibit women seeking work; indeed, in the ideal Islamic society it is necessary that women should fill certain posts