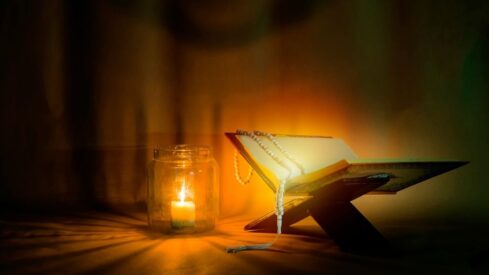 [By the Soul, and the proportion and order given to it; and its enlightenment as to its wrong and its right; truly he succeeds that purifies it, and he fails that corrupts it!] (Ash-Shams 91:7-10)

We human beings do not have only our body and mind; we also have a soul. The soul is sometimes described as spirit (ruh) or heart (qalb). We know that our heart has physical functions, but there is no scientific evidence to prove that it does not have any spiritual functions. The soul probably resides in the heart or is attached to it. The soul is the inner dimension of our being. It is related to the body and mind as well, but it has its own being and existence, most probably, in or near the heart.

Imam Ghazali in his book Ihya’ says that every organ of our body has a function; when it fails to do its function, it means it is not well. The function of the soul or the spiritual heart is to know its Creator, to love Him, and to seek closeness to Him. If the heart fails in this function then we must know that it is sick.

It is important to know the ailments that make the heart weak and sick. In the language of the Qur’an, it is not only the eyes that get blind; the hearts also become blind.

The Qur’an has spoken in many places about the sickness of the hearts. Allah says in the Qur’an:

[In their hearts is a disease; and Allah has increased their disease: and grievous is the penalty they (incur), because they are false (to themselves).] (Al-Baqarah 2:10)

When the heart gets sick, it loses its desire and ability to do right and good deeds. This affects the morals and manners of a person and his general behavior. What are the major diseases that affect the hearts? And how can we take precaution? And what are the cures in case one is affected with these ailments? Following are some of the diseases of the hearts:

These are called “diseases of the heart” (amrad al-qalb), and they lead to major sins if they are not controlled and carefully treated. In the Qur’an and Sunnah and in the spiritual writings of Muslim scholars such Al-Ghazali and Ibn Al-Qayyim Al-Jawziyah, we find a lot of discussion for the treatment of these ailments.

Arrogance and conceit stem from egotism and overestimation of oneself and one’s abilities or merits. This leads sometimes to the denial of the Creator, as happened to Satan. The best treatment of this disease is to cultivate modesty. We have to remind ourselves always that we are the servants and slaves of Allah. We totally depend on Him for our being and existence.

Ostentation is called “hidden idolatry” (ash-shirk al-khafiyy). It is a desire to show off and seek praises from others. It takes away sincerity and seriousness to pursue one’s goals and objectives. When a person becomes too much involved with ostentation, he becomes shallow and superficial. It may also lead to hypocrisy. The best cure for it is to check the intention (niyyah) before any action. A believer must remind himself that his work is for the sake of Allah alone.

Jealousy, envy, hate, and deceit stem from the lack of respect, mercy, and love for others. A jealous person does not like to see others happy, successful, and prosperous. Very often jealousy and envy lead to hate, deceit, and violence. The best treatment is to have positive envy by competing with others in acts of goodness and use this as an incentive to achieve more and better.

Suspicion comes from lack of trust and confidence in others. Allah says in the Qur’an [Some suspicion is sin.] Suspicion creates cynicism and takes away hope and optimism. Suspicious persons or cynics are those who, when they see actions and hear some words that have the possibility of being positive or negative, they take the negative and evil. Suspicion sometimes also leads to violence. It is good to be cautious and careful, but we must keep our attitude positive. If we want to be trusted, we must trust others as well.

Anger is given to human beings as a mechanism for self-defense, but if it is not properly controlled, it becomes very destructive. In the Hadith it is called “fire.” The Prophet (peace and blessings be upon him) said that when you get angry change your environment, change your position, and drink some water. Imam Ghazali said, “Love of Allah extinguishes the fire of anger.”

Stinginess is a terrible disease. The Prophet (peace and blessings be upon him) taught us to seek Allah’s refuge from stinginess. Stinginess stems from selfishness, materialism, and too much love of this world. It means lack of care and consideration for others. It holds people from fulfilling their duties and recognizing the rights of others. It leads sometimes to cheating and dishonesty. The Prophet (peace and blessings be upon him) said, “Be aware of stinginess. It destroyed many nations before you. It made them to shed the blood of each other and misappropriate what was sacrosanct.” (Muslim, 2578)

Love of jah — that is, the extreme desire for money, power, position, and fame — is another major disease of the heart. This is also called in the Qur’an and Hadith as “love of this world” (hubb ad-dunya). In a hadith it is reported that the Prophet (peace and blessings be upon him) said, “Two hungry wolves in a herd of sheep are not as destructive and harmful as the love of money and extravagance are for the religion of a person.” (At-Tirmidhi 2376)

The cure for this is to remind oneself always that this world is fitnah (a test and trial) and the real world is the Hereafter.

Spiritual health comes with our sincere devotion to Allah with prayers, reading of the Qur’an, and being in the company of the good people. May Allah keep us all in good physical, mental, and spiritual health.