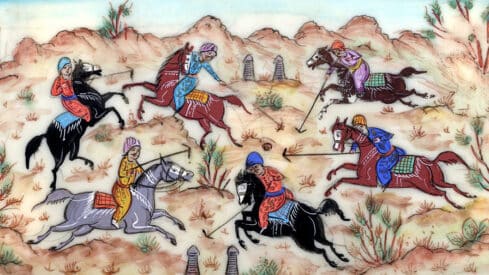 The attention given to sport competitions by the Muslim nation is not in any way less than that of other nations and civilizations. This is because the Qur’anic verses and prophetic narrations that encourage Muslims to practice sport are numerous and explicit. In addition, the Muslim scholars, the Jurists as well as the philosophers realized its role and the importance of relationship between the body and the mind and then expressed that in different ways and statements. This effort has helped the people give immense attention to the body and the practice of sport for different purposes that range from military, body, and health, entertainment, spiritual and social.

In addition, Islam has reawakened the practice of rigorous sports after it was put on hold by the Qaysar of Rome (Sioudisioud, 393 AD), simply because sports have been tainted with some religious rites and pagan cultural practices which are not in conformity with Christianity. Asides, those sport activities have contributed to veneration of power and the sport men than the holy messengers as it became a means of military practice what usually leads to wars and collateral damages.

During the regime of Umayyad, Muslims were ahead of Roman Byzantines in all sport activities at a time when competitions were held between individuals and groups from the two communities.

Yuhana of Damascus from his childhood had friendship relations with Yazeed bn Mu’awiyah as both of them loved each other.

When both of them grew up, they used to go to the village where they would unleash for sport competition as this was preserved for us by the Muslim historians. Both of them used to compete in horse and camel race as well as on their feet. In fact, they competed with bow, catapult and sniper on deer hunting, birds aside their competition in the use of sword and fighting tactics.

In the past, sport competitions were organized especially physical sports between the Muslim nation and byzantine. Mubarrid said: “I was told that the leader of Rome wrote to Mu’awiyyah what reads: “your predecessors used to engage our kings in sending sportsmen (for sport competitions), whereby some of them would strive in moving the other from his position. would you look into this? Mu’awiyah permitted him to do that upon which he sent two men to Mu’awiya, one of them was tall while the other one was strong. Mu’awiya then told ‘Amr: as for the tall one, we have got his similitude and that was Qais bn Sa’d bn ‘Ubadah, but as for the other person, we need your opinion,

Then; he said: here are the two men both of which are not your loved ones: Muhammad bn Hanifah and Abdullah bn Zubair, then Mu’awiyah said: who among the two is closer to us? When the two men entered, he directed to Qais bn Ubadah his competitor upon which Qais entered, when he appeared before Mu’awiya he pulled off his trousers and threw it to the disbeliever who immediately put it on and that reached his breast and that made the man looked down as that was a sign of defeat. Then it was the turn of Muhammad bn al-Hanafiyyah. As he was informed of the reason for which he was invited, he requested that the Roman guy be told to sit down if he wished so and that he should give his hand for him (Muhammad) to either make him rise up or for the man to make him sit down. And he willed he could stand while he (Muhammad) be in sitting position. The roman sportsman preferred to sit, and then Muhammad held on his hand and pooled him up while the man was unable to make Muhammad sit down. After this round, the man preferred that Muhammad be in sitting position. In spite of that, Muhammad pooled him until he sat down while the man was unable to make Muhammad rise or stand. Afterwards, the two roman competitors returned to their town defeated.

were organized between the two nations as part of this was related by Ibn Qutaibah ad-Dainuri in his literature (Uyunul Akhbar) that Ibn Abbas said: “Qaesar wrote Mu’awiyah: peace be unto you. Afterwards, O Mu’awiyah, tell me the first most beloved statement to Allah and the second, the third, the fourth and the fifth. Also tell me the most honourable of His male and female servants. When Mu’awiyah read the letter, he said: O Allah, curse him. I do not know what this means.

He then sent to Ibn Abbas asking him for responses. Ibn Abbas said: As for the most beloved word to Allah, it is La’ilaha Illa Allah. The second one is Subhanallah. The third one is Alhamdulillah. The fourth one is Allah Akbar while the fifth one is Lahawla wala Kuwwata Illah Billah. As for the most honored of his male servants, it is Adam while Maryam is the most honored of his female servants.

Mubarrid related a quote on an argument similar to this between Mu’awiyah and Constantius (the second) who sent a buttle to Mu’awiyah and said: “fill it up with everything. Mu’awiyah sent it to Ibn Abbas (for interpretation and response), and Ibn Abbas instructed him to fill it up with water. When it got to the King of Rome, he said: what an intelligence person he is! Afterwards, Ibn Abbas was asked on the reason for which he chose that response and he recited the verse: “And we made from water every living thing…”. (Ambiya’, verse: 30)

Lastly, the purpose of these sport exchanged messages was in line with the mentality of the middle centuries as these narrations display stories of physical, and cultural sport competitions between the Muslims and the Byzantine. All these were narrated by personalities who lived at a time that preoccupied with battles between the two nations and confirmed the possibility of having a form of sport and cultural relationship. This also unveiled the strength of Islamic civilization for its capability to justify its heritage with Qur’anic texts and prophetic traditions and that aided its victory in sport competition and thoughts in all fields.