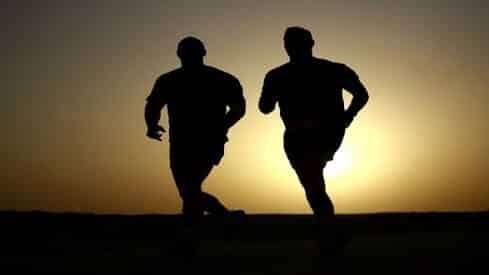 A study from USA concluded that exercise reduces the appearance of symptoms of mental illness and improves mood.

The researchers said this finding may even apply to doing household chores.

The study team looked at data from more than 1.2 million adults in the United States. Participants answered a question about the frequency of their exercise over the past month away from any physical activity within the scope of work. They also answered a question about how many times they felt their mental health was “not well” due to stress, depression, and emotional problems.

The results of the study, published in The Lancet Psychology, indicated that the days of feeling in a bad mood per month were 3.4 days on average and those who had some physical activity outside of work were 1.5 days less.

Sport had a greater impact on those with a history of depression. Among this category, those who exercise feel bad psychologically better by an average of 3.8 days per month compared to those who have never done so.

Adam added in an email that: “This study confirms the multiple health benefits of exercise regardless of age, race, gender, income or physical condition. “Any small amount helps, at a minimum of 30 minutes, and every exercise including walking is associated with alleviating mental health problems.”

The study proved that all forms of sport affect one’s talk about feeling a bad psychological state.

The link was stronger in cases including team sports and cycling, which were associated with a 22% reduction in days of bad mental health compared to not exercising, followed by fitness exercise, which was limited to a 21% decline in bad mood.

The study found that mental exercises, such as yoga and tai chi, reduce days of bad mood by 23% compared to not exercising.

Even household chores, the results have shown that they reduce the days of feeling bad psychologically by at least 9.7 percent compared to those who do not exercise at all.