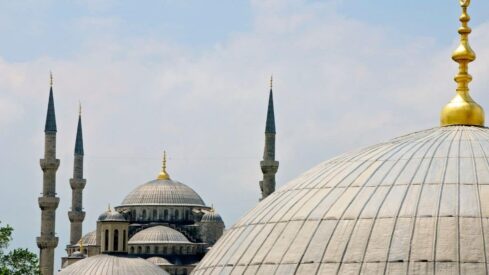 Revelation is a key part of the way God has organized this universe. There are two aspects to revelation. First the message itself and second the proof that the message comes from God. The proof comes in various ways. But, before looking at the proofs, let us briefly consider the message and why revelation is itself necessary in the scheme of things.

The basic need for revelation is to provide moral authority, to guide human beings towards fulfilling the purpose of existence, which is the will of Allah. Without revelation, we may only judge what is instrumentally useful to our condition. Yet, our purpose in creation requires a greater authority than mere worldly judgments. What is right? What is wrong? These are questions about the ultimate nature of existence and can only be answered through the Ultimate Being – Allah.

The Qur’an addresses this point head on. It starts with the foundational prayer of Islam, al–fatihah – the opening. This is essentially a prayer to God for guidance. The next surah (chapter) of the Qur’an begins to answer this prayer with the following statements:

This is the Book; in it is guidance sure, without doubt, to those who fear God; Surah 2 Verse 2

When it comes to proofs that a book is indeed from Allah, there are a number of considerations. Firstly, we can look at the textual integrity and historical facts about its compilation. This establishes the historical reality of the text. Then we can see how what it says can serve as a proof of its origin, being the word of God. Let us first look at the historical evidence and consistency of the claims made in each text.

As for the authenticity of the Holy Qur’an, we can note the following points:

God in the Holy Qur’an tells the Prophet:

Move not thy tongue concerning the (Qur’an) to make haste therewith. It is for Us to collect it and to promulgate it:
But when We have promulgated it, follow thou its recital (as promulgated): Nay more, it is for Us to explain it (and make it clear). Surah 75 Verses 16 – 19

The most superior among you (Muslims) are those who learn the Qur’an and teach it.’ (Bukhari, VI – No. 546)

Following the Prophet’s instructions, many of his companions learned the Qur’an by heart, immediately after the verses were revealed. Imam Suyuti mentions – in his Itqan – more than twenty well-known persons who memorized the revelation. The practice of memorizing the Qur’an was encouraged by the Prophet so much, that not only his companions, but the pious Muslims of later times also took great care to memorize it.

It is true that the Qur’an was not compiled into a single book in the Prophet’s time; but the verses were scrupulously written down and passages were recited, not only during prayer, but also on other occasions. Muslims were taught that the recitation and the contemplation of the Qur’anic verses were acts of piety, worthy of great reward. For this reason, the companions of the Prophet were eager to learn the verses, which fact was to a great extent responsible for the safeguarding the Qur’an in the hearts of the people.

The story of the conversion of Omar is well-known. In Ibn Hisham’s account we can read how Omar asked his sister to hand over to him a written sheet of the Qur’an, which they have been reading. This points to the fact that the practice of recording the verses on available materials was already happening in the earliest years of the revelation.

It has been clearly recorded, by the Prophet’s biographers, that he had appointed many scribes to write down the Qur’anic revelations. The following hadith proves that the Qur’an was with the companions of the Prophet in written form:

From Ibn Omar: ‘The messenger of Allah (pbuh) said: Do not take the Qur’an on a journey with you, for I am afraid lest it should fall into the hands of the enemy (Sahih Muslim & Sahih Bukhari)

Obviously this is a reference to the written Qur’an.
There are three hadiths in Sahih Bukhari, informing us that Angel Gabriel used to recite the Qur’an with the Prophet once a year, but he recited it twice with him in the year he died. This happened when the Prophet used to stay in i’tikaf (solitude worship) for ten days every year (in the month of Ramadan), but in the year of his death, he stayed in i’tikaf for twenty days. (Bukhari)

It is clear for the above reasons that there is no comparison between the Qur’an and other Holy Scriptures, in the matter of recording and passing on to future generations. While the books of the Old and New Testaments, for example, were written, edited and compiled over long periods, sometimes centuries, the text of the Qur’an, once revelation had ceased, has remained the same, up to this very day.

Zaid ibn Thabit was the chief scribe, who used to record down the revelation, dictated by the Prophet. After the Prophet’s time, in the battle of Yamama, a large number of the huffaz (those who had memorized the Qurï؟½an) died. Then Abu Bakar appointed Zaid to collect all the available written versions of the Qur’an and to bring out a master copy. Since he had been the chief scribe of the Prophet, he was the most suited person for that job.

When he completed this work, he gave the collection of written materials to Abu Bakar, which he kept with him till his death. After his death, Omar, the second khalifah, finally gave it to his daughter Hafsa one of the prophet’s wives – for safekeeping. It was from this collection of material that Khalifah Othman prepared several copies in the form of the first books of the entire Qur’an. Some of these copies still exist.

God assures us in the Holy Qur’an:

We have, without doubt, sent down the Message; and We will assuredly guard it (from corruption). Surah 15 Verse 9

and… indeed it is a Book of exalted power. No falsehood can approach it from before or behind it: It is sent down by One Full of Wisdom, Worthy of all Praise. Surah 41 Verses 41- 42.

When we consider the history of the Bible, we find that the story is entirely different. For one thing, the Bible is not one book; no Christian can claim it to be one book, revealed by God to one Prophet. Rather, according to some Christian scholars, it is a library of books. This means that the Bible was composed by many authors at different stages in history. This is a major difference between the Qur’an and the Bible.

According to the Encyclopedia Universalis (Paris, 1974 edition, Vol. A pp. 246- 263: Entry: Bible, written by J.P. Sandroz, Professor at the Dominican Faculties, Saulchoir), the Old Testament appears as a literary monument to the Jewish people, from its origins to the coming of Christianity.

The books it consists of were written, completed and revised between the Tenth and the First centuries B.C. It is a collection of works of greatly differing length and many different genres. They were written in several languages, over a period of more than nine hundred years, based on oral traditions. Many of these works were corrected and completed, in accordance with events or special requirements, often at periods that were very distant from one another.

To understand what the Old Testament represents, it is important to retain this information, correctly established today by highly qualified specialists.
A Revelation is mingled in all these writings, but all we possess today is what men have seen fit to leave us. These men manipulated the texts to please themselves, according to the circumstances they were in and the necessities they had to meet. (The Bible, Qur’an and Modern Science – by Maurice Bucaille.)

We also read in The Interpreter’s Dictionary Of The Bible:

The original copies of the New Testament books have, of course, long since disappeared. This fact should not cause surprise. In the first place, they were written on papyrus, a very fragile and perishable material. In the second place, and probably of even more importance, the original copies of the NT [new testament] books were not looked upon as scripture by those of the early Christian communities. (George Arthur Buttrick – Ed.: The Interpreter’s Dictionary Of The Bible, Volume 1, p. 599 under Text, New Testament’).

The New Testament consists of 39 books. The first four are known as the Gospels, which narrate the story of Jesus. The remaining books were written by his supposed disciples. The most prominent among them was St. Paul, who wrote some thirteen books. The irony of the matter is that this St. Paul, though a contemporary of Jesus, has never met him, nor was he among the twelve disciples chosen by Jesus himself! And yet, it is his ideas, rather than those of Jesus or any of his disciples, that have given most shape to modern Christianity!

The four Gospel writers are Matthew, Mark, Luke and John. Among the disciples of Jesus, we find all these names except that of Luke. The Church fathers have been teaching their followers that the Gospel writers were eyewitnesses to the acts of Jesus. But modern research points out that the Gospel writers and the disciples were different persons. For example, there was a disciple called Matthew, but the Gospel of Matthew was not written by this Matthew! The King James Version of the Gospels points to this fact, see the titles of the Gospels: Gospel according to Matthew, Gospel according to Mark etc., and not Gospel by Matthew, Gospel by Mark etc.

The Christian teaching is that these Gospels, as well as the rest of the New Testament, were the word of God. They contend that the Gospel writers were inspired by God while writing, and so could not go wrong. If this were true, how could they explain the inconsistencies among the various gospels as to many details? For instance Matthew and Luke give two different genealogies for Jesus. (See Matthew: 1:1-17; and Luke 3: 23-38). Only a few names in the two lists agree!

There are many more internal evidences in the Biblical books, which prove that these books were not reliably guarded from corruption. But for our purpose, I hope the foregoing will suffice. It is quite evident, from the above facts, that the Holy Qur’an as we have it now, is an authentic text. This is while the claim about the Bible (both the Old and the New Testaments) as authentic, is a spurious one.

Moving beyond the historical realities of the texts, there is much material on the nature of the Qur’an. One key test of a text by which we may know it as the word of God is that it is consistent internally and consistent with science throughout time. Such claims cannot reasonably be made about the Bible and science but they can be made about the Qur’an and are.

Do they not consider the Qur’an (with care)? Had it been from other Than God, they would surely have found therein Much discrepancy. Surah 4 Verse 82

# The compilation of… # the revelation