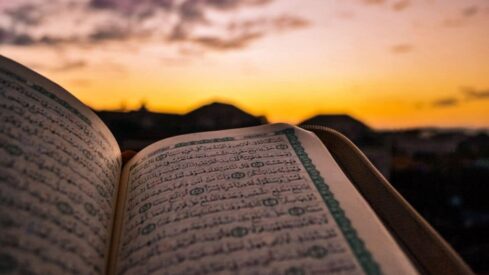 The pathetic and disastrous condition of the Muslim Ummah throughout the world is due to the abandoning of the Qur’an by the Muslims. The attitude of indifference that we constantly show towards the last of the Allah’s Revelations, along with our hypocritical lip-service, is tantamount to ridiculing it. Instead, we must clearly understand our responsibilities towards the Qur’an and try our very best in fulfilling them. We can neither expect any improvement in our worldly state of affairs nor hope for salvation in the Hereafter, unless we carry out all the obligations that we owe the Qur’an.

Five things that the Qur’an demands from every Muslim are as follows:

1. The Muslim is required to believe in the Qur’an,

3. He is required to understand it,

4. He is required to act upon its teachings, and

5. He is required to convey its teachings to others.

OUR FIRST OBLIGATION is to have faith (Iman) in the Divine origin of the Qur’an. Iman has two phases: verbal profession (iqrar bil-lisan) and heart-felt conviction (tasdiq bil-qalb). To have faith in the Qur’an means that we should verbally profess that the Qur’an is the Word of Almighty Allah that was revealed by Him through His angel Gabriel to the last of His Messengers, Prophet Muhammad, peace and blessings be upon him.

This is a legal requirement for the acceptance of a person as a member of the Muslim society. Having done that, however, we also need to develop a deeply felt certitude in the Qur’an. It is only when we have real conviction in that verbal declaration that our hearts and minds would come under the influence of the Qur’an, leading us towards genuine devotion and veneration of the Glorious Book.

Unfortunately, there is a woeful lack of staunch faith in the Divine origin of the Qur’an among the Muslims of today. This lack of faith is the reason why we neither find any reverence for the Qur’an in our hearts, nor feel inclined to study it, nor evince any interest in pondering over its meanings, nor ever think of seeking its guidance in conducting our lives.

It might be asked as to how can we acquire true faith? The answer is that the source of Iman is the Qur’an itself. If the Book is studied and its meanings are pondered upon in an authentic quest for truth, all the veils of darkness shall be lifted from one’s heart, and the inner self – the soul – will get illuminated by the light of true faith.

Note that faith is not something that can be planted in us from the outside. It is an embodiment of fundamental truths that already exist inside us; the practice of pondering over the verses of the Qur’an serves to bring them to the surface of our consciousness.

OUR SECOND OBLIGATION is mindful and thoughtful reading of the Qur’an with correct pronunciation, generally described as Tilawah, Tartil, and Tajwid. Note that Tilawah is not only an important form of worship, but it is also an effective method of continually refreshing our faith.

The Qur’an is not a book to be read once; it is a Book that needs to be read again and again. We must read it carefully, reflecting on its messages, constantly seeking guidance for our lives. Just as our material body is in constant need of food for its sustenance, our spiritual soul or Ruh is also in perpetual need for its nourishment. And just as the food for our bodies is derived from the earth, the diet for our souls is obtained from the Word of God, the Qur’an itself.

Moreover, a regular and constant program of reciting the Qur’an is also needed because it is a means of refreshing and reviving our faith, and a weapon for surmounting the obstacles in the path of Almighty Allah. The ideal way in which the Glorious Book should be recited is that one should stand in the post-midnight prayer before his Lord and recite its verses in a slow and patient manner, pausing at proper places so as to enable one’s heart to imbibe its influence. (Though reading the Qur’an in all times is virtuous, reading it at mid-night is more virtuous.)

OUR THIRD OBLIGATION is to understand and comprehend the Qur’an. The Qur’an has been revealed so that it may be understood and pondered upon. Of course, there are numerous levels and grades of comprehension, accessible to different persons according to their respective planes of intellect and consciousness.

The first stage in the comprehension of the Qur’an is called Tazakkur, a term which alludes to the fact that the teachings of the Qur’an are not at all foreign or alien to the human Fitrah (pure instinct). Instead, they represent the eternal truths dormant in the human soul itself, and the reading or listening of the Qur’an only facilitates the recalling of these forgotten verities.

The Qur’an has been rendered very easy, by Almighty Allah, for the purpose of gaining this level of guidance. It does not matter if a person’s intelligence is limited, or his knowledge of logic and philosophy is poor, or if he has no fine sense of language and literature. In spite of these drawbacks, he can still understand the basic message and practical guidance of the Qur’an, provided he has an untainted nature not perverted by any crookedness.

The second stage in the comprehension of the Qur’an is far from easy. Tadabbur is described as a penetrating study, an intense reflection, as thorough deliberation of the Qur’an as possible, and diving deep into the bottomless ocean of its wisdom.

This kind of understanding is impossible unless one is to devote his entire life, all his talents, and all his energies for the sole purpose of comprehending the Qur’an. Obviously, not everyone is capable of such a high level of devotion and effort to acquire such insight and comprehension. But there must be a number of persons, at all times, who are engaged in this enterprise.

Such scholars cannot be produced unless we have a network of universities throughout the Muslim world, which concentrate on the Qur’anic research and make this Book the focus of all their intellectual activity.

OUR FOURTH OBLIGATION is to act upon the teachings of the Qur’an. The Qur’an is the “Guidance for mankind.” The purpose for which this Book has been revealed will be fully realized only when people act upon its teachings and make it the guide for them in every sphere of their lives. If we disregard the injunctions of the Qur’an, then the reading and understanding of the Glorious Book, instead of doing us any good, will only make us more guilty before Almighty Allah.

At an individual level, it is imperative for every Muslim to mold his or her life according to the teachings of the Qur’an. Our Prophet Muhammad (peace and blessings be upon him) said: “None of you can become a true believer until his desires become subordinate to what I have brought.” The best way to benefit from the study of the Qur’an is to go on changing our life-styles and mending our ways in accordance with its teachings.

At the collective level of the community, it is equally imperative for us to try and establish the system of Social Justice as given by the Qur’an. The Muslims are, as a whole, responsible for establishing the Sovereignty of Almighty Allah in the public as well as the private sphere, and each of us is obligated to try his utmost in this path. The struggle for the establishment of such a just and equitable order in accordance with the teachings of the Qur’an is the bounding duty of its followers.

Unfortunately, the proclamation of the Divine message to the whole world appears like a far-fetched and fantastic idea, because, at the moment, the Muslims themselves are ignorant of the teachings of the Qur’an.

Therefore, a powerful intellectual and academic movement – back to the Qur’an – is needed in order to propagate and disseminate the knowledge and wisdom of the Qur’an, both on a general scale for the benefit of our masses and on the highest level of scholarship in order to convert the educated and intelligent elite of the Muslim society. 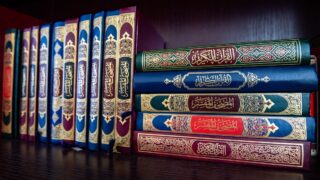 Authenticity of the Qur’an: Another Approach (Part 2)

The real certainty about the truthfulness of the Qur’an is evident in the confidence that is prevalent throughout it. 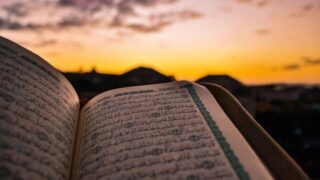 To Benefit from the Qur’an

The noble Quran contains inexhaustible wisdom; it is the quintessence of the knowledge of both ancients and the moderns, the Decisive Criterion; Spirit from Allah, and revelation from on High on the heart of the Messenger.

Islam encourages the recitation of Quran being it the last and final message of the Almighty God to mankind. This recitation is guided with some ethics and manners.

Dr. William Baker explains how Muslims view the Torah and the New Testament as inspired revelations of God and how Islam neither targeted the Jews nor Judaism