The People of the Pit: A Story of Endurance 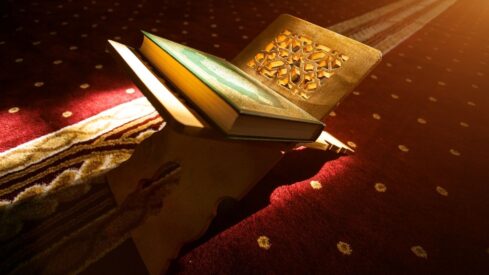 The story of the people of the pit is a good example of endurance and steadfastness. These people burned to death those who believed in Allah, but the believers never gave up their faith. Allah perpetuates their story in a whole Qur’anic surah, Al-Buruj. Sheikh Sayyid Qutb comments on the verses relating the story of these great people.

[Slain be the men of the Pit, the fire abounding in fuel, when they sat around it, watching what they did to the believers. They took vengeance on them for no reason save that they believed in Allah, the All-Mighty. The Praised One, the Sovereign of the heavens and the earth, Who witnesses all things.] (Al-Buruj 85:4-9)

In the above verses, the reference to the event of the men of the pit (ashab al-ukhdud) starts with a declaration of anger with them: [Slain be the men of the Pit]. It also gives an impression of the enormity of the crime which invokes the displeasure and anger of the All-Clement and makes Him threaten the perpetrators. Then we have a description of the pit: [The fire abounding in fuel.] The literal meaning of pit is a hole in the ground, but the surah defines it as “the fire” instead of using the term trench or hole in order to give an impression that the whole pit was turned into a blazing fire.

The men of the pit aroused Allah’s wrath for the evil crime they committed [When they sat around it, watching what they did to the believers.] They sat over the fire, very close to this horrifying process, watching the various stages of torture, madly enjoying the burning of human flesh in order to perpetuate in their minds this ghastly scene. The believers had not committed any crime or evil deed against those people: [They took vengeance on them for no reason save that they believed in Allah, the All-Mighty, the Praised One, the Sovereign of the heavens and the earth, Who witnesses all things.]

That was their only crime: that they believed in Allah, the All-Mighty Who can do what He wills, the Praised Lord Who deserves praise for every situation and Who is praised even though the ignorant do not praise Him. He is the Lord Who deserves to be believed in and worshiped. He is the sole sovereign of the Kingdom of the heavens and the earth. He witnesses all things and He is a witness to what the men of the pit have done to the believers. This verse carries a reassuring touch to the believers and a powerful threat to the conceited tyrants. Allah has been a witness and He suffices for a witness.

The narration of the event is completed in a few short verses which charge the heart with a feeling of repugnance towards the terrible crime and its evil perpetrators. They also invite us to contemplate what lies beyond the event, its importance in the sight of Allah, and what it has aroused of Allah’s wrath. It is a matter which is not yet completed: Its conclusion lies with Allah. As the narration of the event is concluded, we feel our hearts overwhelmed by the magnificence of faith as it exalts the believers and attains its triumph over the hardships and over life itself. We feel the elevation of the believers as they rid themselves of the handicaps of human desires and worldly temptation.

The believers could have easily saved their lives by accepting the tyrants’ terms. But what a loss humanity as a whole would have incurred! How great the loss would have been had they killed that sublime concept of the worthlessness of life without faith, its ugliness without freedom, and its baseness when the tyrants are left free to exercise their tyranny over the souls after they have exercised it over the bodies. But they have won a very noble and sublime concept while they felt the scorch of the fire burning their bodies. Their noble concept has triumphed as it was purified by the fire. They will, later on, have their reward from Allah and their tyrannic enemies will have their retribution.

The surah goes on to explain that those who persecute the believers, men and women, and do not repent shall suffer the chastisement of Hell, the chastisement of burning. But those who believe and do righteous deeds shall have gardens with flowing rivers; that is the great success. What has happened on earth in the first life is not the end of the story. There remains a part which will come later. There remains the allocation of awards which will restore the balance of justice and provide the final settlement of what had taken place between the believers and the tyrants.

That it will come is certain and confirmed by Allah: [Those who persecute the believers, men and women] and persist with their evil ways, careless, unrepentant [and do not repent shall suffer the chastisement of Hell, the chastisement of burning.] Burning is specified although it is also implied by the chastisement of Hell. It earns its specific mention in order to serve as a counterpart to the burning in the pit. Although the same word signifying the action is used, the two types of burning are dissimilar in intensity and duration. The burning here is by fire lit by human beings while the burning in the hereafter is by fire lit by the Creator. The burning here is over in a few minutes while in the hereafter it goes on for ages unknown except to Allah. The burning here is accompanied with Allah’s pleasure with the believers, and with the triumph of that noble human concept referred to earlier, while in the hereafter the burning is attended by Allah’s anger and man’s abject degradation.

Paradise symbolizes Allah’s pleasure with the righteous believers and His reward to them. But those who believe and do righteous deeds shall have gardens with flowing rivers. That is the real escape: [that is the great success.] The Arabic term used here connotes escape, success, and triumph. To escape the punishment of the hereafter is to achieve success. How to describe, then, the reward of gardens where the rivers flow! With this conclusion, justice is restored and the whole question is finally resolved. What has taken place on earth is no more than one part; the matter remains unfinished here. This is the fact emphasized by this initial comment on the pit incident, so that it may be fully comprehended by the few believers who have accepted the faith in Makkah, and by every group of believers subjected to trail and tyranny in any period of history. 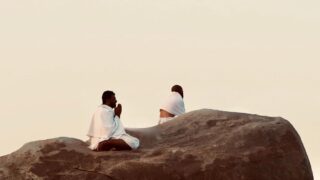 Moderation in Learning Islam: Tips for Keeping Balance in Life

Tips and guidelines on how to maintain a balance life in Islam through its principles of moderation.