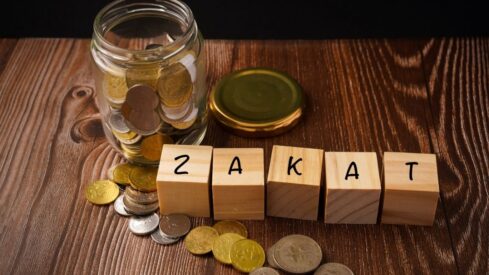 Zakat in Islam is broader in meaning than giving out part of the Muslim’s money to those who deserve it from the poor and needy and other groups deserving Zakat. Zakat in the broadest sense or what can be called the zakat of life is to exert effort and energy in every specialty and field to benefit Muslims.

This thought opens wider horizons about the exchange of moral and material benefits in the Muslim society, and calls for the cohesion of that society and the realization of Islamic brotherhood in its best form. It motivates the Muslim to express the sincerity of his relationship with Islam and Muslims, and that belonging to Islam does not stop with simply uttering the two testimonies, but has social, developmental, and other consequences and that those who pay zakat in its general sense have nothing to do with poverty or wealth, but rather have to do with the absolute giving to others.

And if we want to separate the types of zakat in the general sense, the situation is narrow, as well as the mind, of reaching those broad meanings and wide fields, but it is appropriate for each person to search within himself what he can offer from the zakat of life, and from that:

The Zakat of the body:

This is when a person purifies his body by using it to obey the Almighty, and benefit others, such as helping others to carry something, and that is what Abu Huraira – may Allah be pleased with him – said: “Allah’s Messenger (ﷺ) said, “There is a (compulsory) Sadaqa (charity) to be given for every joint of the human body (as a sign of gratitude to Allah) every day the sun rises. To judge justly between two persons is regarded as Sadaqa, and to help a man concerning his riding animal by helping him to ride it or by lifting his luggage on to it, is also regarded as Sadaqa, and (saying) a good word is also Sadaqa, and every step taken on one’s way to offer the compulsory prayer (in the mosque) is also Sadaqa and to remove a harmful thing from the way is also Sadaqa.” Narrated by Al-Bukhari and Muslim.

How beautiful it is for the feet to become dusty for the sake of Allah.  to advise, preach and reconcile between people.

The Zakat of knowledge:

Zakat of knowledge is one of the most important zakat, until Najm al-Din al-Uzzi said, “There is no doubt that in the inheritance of the nation is the Book, and that knowledge is first in honor and purification of them, and which zakat is greater than the zakat of knowledge, and accessing the secrets of knowledge, and the facts of monotheism (Tawheed) , and there is no doubt that one who increases his knowledge increases his work and his conditions grow and develop, otherwise his knowledge would not have been taken into consideration, nor would he have paid any attention to it.”

There are many forms of zakat of knowledge, including:

1 – Spreading knowledge: The first image of the zakat of knowledge is spreading it, as the Almighty says: {“You must make it clear [i.e., explain it] to the people and not conceal it.”} Al Imran 187.

And the Almighty said: {to warn [i.e., advise] their people when they return to them} At-Tawbah 122

And the hadith of Abu Bakra, may Allah be pleased with him, in the two Sahihs that Prophet, peace be upon him, said in his sermon in Mina: “Behold let him who is present convey to him who is absent, for many whom a message is conveyed has a more retentive memory than one who hears.” And the hadith of Abu Hurairah in the Sunan of Abu Dawood: “He who is asked something he knows and conceals it will have a bridle of fire put on him on the Day of Resurrection.”

2- Acting upon knowledge: Acting upon knowledge is highest degree of zakat, Abu Hatim said, “The wise person must avoid what defiles his knowledge of the causes of this world, with the intention that he must work with what he is able to, even if he uses five hadiths out of every two hundred hadiths, then it is as if he has paid the zakat of knowledge, whoever is unable to act upon what he has gathered of knowledge should not be incapable of memorizing it

On the authority of Malik bin Dinar: If a servant seeks knowledge in order to work with it, his knowledge breaks him, and if he seeks knowledge for other than action, it increases him in haughtiness.

Sheikh Bakr Abu Zaid – may Allah have mercy on him – sums up the zakat of knowledge by saying:

“Give (the Zakat of knowledge) by: upholding the truth, enjoining good, forbidding evil, balancing between good and harm, spreading knowledge, love to benefit and giving honor, and good intercession for Muslims in the situations of truth and favor.” The Ornament of the Student of Knowledge (p. 191)

The zakat of time is that a person not only spends all his time for himself, but rather he must spend some of his time for others, and to help others, according to his effort and energy…

It is from the zakat of time that every experienced person searches for his expertise; So, he spends his time in the benefit of Muslims, and for example, most people travel on recreational trips, so, they could communicate with Islamic centers and institutions, especially in non-Muslim countries, and then offer them courses in various fields, not only in the field of Sharia…

There are different types of zakat on wealth. There is an obligatory zakat, which is the well-known zakat, and there is a mustahabb zakat, which is nothing but zakat from alms, gifts and others.

The Prophet, peace be upon him, has summarized Zakat, and has explained that it has many types, as was reported on the authority of

Abu Musa al-Ash’ari – may God be pleased with him – that the Prophet – may Allah bless him and grant him peace – said: ” Giving of Sadaqa is essential for every Muslim. It was said (to him): What do you say of him who does not find (the means) to do so? He said: Let him work with both his hands, thus doing benefit to himself and give Sadaqa. It was said to him: What about him who does not have (the means) to do so? He said: Then let him assist the needy, the aggrieved. It was said: What do you say of one who cannot even do this? He said: Then he should enjoin what is reputable or what is good. He said: What about him if he cannot do that? He (the Holy Prophet) said: He should then abstain from evil, for verify that is Sadaqa on his behalf. ” Narrated by Al-Bukhari and Muslim.

A person can also give zakat by sharing his innovative ideas for people, whether they are personal consultations, ideas for projects, or indicating needy people to charitable societies, or collecting clothes and food and distributing them to the poor and needy, teaching children science, making school bags for children, repairing furniture or household appliances for others, collecting and distributing food, or providing books and study supplies to students in need, or otherwise..

Zakat is one of the pillars of the Muslim community, whether in its specific meaning related to money, or in its general concept; which includes all walks of life, it represents the dynamism of the Muslim community and its tireless movement, and the exchange of benefits between Muslims, with no difference between the rich and the poor.