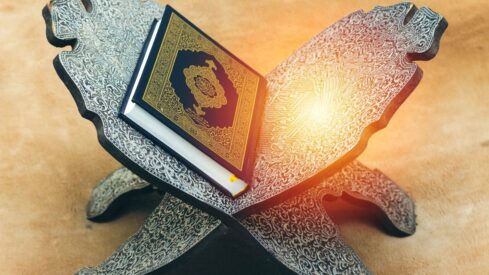 Abu Darda’ was one of the righteous companions of the Prophet Muhammad (peace be upon him). Once, a man came running to him saying:

“O Abu Darda, your house has burned down!”

The man insisted that a fire had engulfed the whole neighborhood and his house was of the ones that had burned down.

He told him the words that he had recited that day as he had learned from the Prophet, and when they both went to inspect the neighborhood, it turned out that most of the other houses had burned down, except the house of Abu Darda. (Ibn as-Sinny & At-Tabarani)

This is a remarkable story. It is not simply remarkable because his house did not burn down – for God is capable of all things. It is remarkable because Abu Darda was so sure of the words of the Prophet, that even someone telling him that he saw the whole neighborhood burn down did not shake his faith.

It is similar to the faith of Abu Bakr, who said: “If he (the Prophet) has said it, then it is true.”

Truly yaqeen (certainty) is the soul of faith.

This is the article in the section on things to know about the topic of certainty. That is because simply knowing we have to think well of God, or have trust, won’t truly help us when we need it if we are not sure. Being sure (having yaqeen) means certainty in the Strength of God, in His mercy, in His promise, and in everything that we talked about. It is certainty that He can make us better, save us and help us. We need to ask ourselves – how firm is that certainty?

We discussed how Satan makes us doubt – that is the best he can do. And that is precisely what we must fight, because the first description of those who have taqwa (God-consciousness) in the Quran is:

Our faith should be as strong as if we can see. If you visited a certain place and saw it with your own eyes, chances are no matter what, no one can tell you it doesn’t exist, especially if you have souvenirs. The Quran and the sayings of the Prophet should be as true to us as though we have visited a place – it should be that real. Many of us have experienced the bounty of God – these are our souvenirs. So when things go wrong in our life, we need to be able to go back to that place and hold onto those souvenirs as our anchors – and for that certainty, the reward is immeasurable.

Does that mean nothing bad will ever happen? Of course not. But you will be able to see beyond the immediate. Your certainty in God means you know; when bad things befall you, you will reflect on why tests happen and try to learn from the experience. When things turn out well, you know to fall into prostration because that result could not have occurred except by the will and grace of God.

There is a beautiful du`a’ (supplication) in this regard. The Prophet used to supplicate:

“O Allah! Grant us such fear of You as will come between us and acts of disobedience to You; such obedience to You as will bring us to Your Garden; and such certainty that the calamities of this world will be made easy for us by You.” (At-Tirmidhi)

Calamities without doubt test our faith, and this is why the Prophet taught us to pray for certainty – so that these calamities are made easier.

Be like the companions. Their faith never wavered because they were certain in God’s Words in the Quran, and they were certain in what the Prophet taught them. They never stopped asking God, because they knew it is only God that responds to the du`a’ of the distressed. They never stopped seeking forgiveness, even when they felt their sins were like mountains, because they knew that God’s Hands are open to accept the repentant sinner, over and over again. The Prophet said: “Verily, Allah extends His hand out at night in order to accept the repentance of the sinner by day. And He extends His hand out during the day in order to accept the repentance of the sinner by night, until (the day) when the sun will rise from its west.” (Muslim)

They knew to work hard even if they never saw the fruits of their labor, because they knew that every drop of sweat was recorded with God and would never ever go to waste. God says in the Quran: {Indeed, those who have believed and done righteous deeds – indeed, We will not allow to be lost the reward of any who did well in deeds} (Al-Kahf 18: 30) They didn’t let other people’s rudeness get to them, because if they were patient and said words of peace, they were of the people that God praised in the Quran: {The servants of the Merciful are those who walk upon the earth easily and when the ignorant address them harshly, they say words of peace.} (Al-Furqan 25: 63)

They fled from God, only to Him. 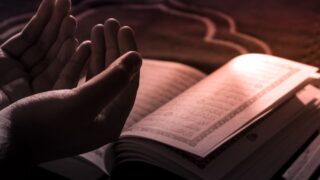