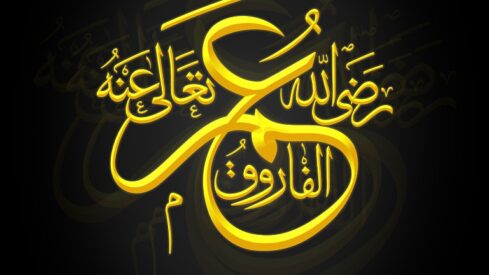 To write an essay, an editorial, or even a book about someone is not an impossible thing. Rather, it is something tenable and achievable. It only needs some basic information on the person, his life, deeds, stances, ideologies, and others’ opinions of him. This is true of most of the ordinary people whom we meet every day and elsewhere. But this is not feasible when it is an occasion to write on a personality such as Umar ibn Al-Khattab.

You may not believe me if I say that to write on Umar for me was a lifetime dream. It is a wish also that if Allah gives me a boy child, I will certainly name him after Umar. I do feel like there is some sort of intimacy between me and him (on my part of course!). Sometimes I imagine myself living during the era of the Prophet (peace and blessings be upon him) and his honorable Companions. Who among the Companions would I like to be then? Umar is my first choice. This is not to underestimate any of the other honorable Companions in any way— Allah forbid! But, as I have just mentioned, I feel that I want to be like him in his courage, strength, firmness, justice, magnanimity, modesty, etc.

There are many traditions that speak of the high regard that the Prophet (peace and blessings be upon him) had for Umar. Relating a vision he had seen, the Prophet said that he has never seen a genius like `Umar who could do the same. This means that `Umar was considered by the Prophet a unique man who could do things that could not be emulated by others no matter how hard they tried.

History testifies to the unprecedented deeds done by Umar, either immediately after embracing Islam or through his career as the Commander of the Faithful. In fact, the Prophet (peace and blessings be upon him) was able to delve deeply into the hearts of his men to know by faithful intuition and inspiration the qualities of those around him and their inherent characteristics. Through that ability, the Prophet knew for what situations each was perfectly fit, to what kind of work each was qualified, when to recall one for an incident, and when to dismiss and overlook him.

In the same vein, a number of traditions have come down to us which speak of the Prophet’s assessment of `Umar.

There are also many Prophetic traditions that speak of the high esteem that the Companions of the Prophet had for `Umar. `Abdullah ibn Mas`ud said, “`Umar’s submission to Islam was a fath (victory), his migration was a victory, his imamate was a blessing, and I have seen when we were unable to pray at the House (the Ka`bah) until he submitted to Islam.”

Also, the comment of `Ali ibn Abi Talib on the migration of `Umar has to be written by letters of light on the pages of history:

I never knew anyone migrated unless secretly except `Umar, for he, when he resolved on migration, girt on his sword and slung over his bow and grasped in his hand its arrows, and went to the Ka`bah where in its quadrangle were the chiefs of the Quraysh, and he went round about it seven times, then prayed two rak`ahs at the Station of Ibrahim, and went to each, one by one, in their circles and said, “May the faces be foul! If anyone desires that his mother be bereaved of him and his child be left an orphan and his wife a widow, and if there be such a one, let him meet me behind this valley.” But no one followed him.

Thus, while almost all the other Muslims left Makkah secretly, `Umar publicly declared that he was proceeding to Madinah. He even challenged the Quraysh tribe that if any one of them had the courage to stop him, he was welcome to try his strength with him. Not even a single member of the Quraysh had the courage to prevent him from completing what he was set on doing, and no one accepted the challenge to measure swords with him.

Truly, death is more pleasant than living in a state of cowardice and humility! What is courage if it is not daring death when it calls upon the courageous? And who is more daring than the courageous who believes that he is on the right side? Even you can now listen to `Umar as if he were saying “To die for the right is better than to live for falsehood. Courage is recommended, cowardice is detestable, and falsehood is vulnerable to vanish!”

`Umar continued to live simply till he met his own death. One of his companions reminisced about `Umar’s days, “When he walked, he did so quickly as to get someplace; when he spoke, he was loud enough to be heard; and when he hit, it would hurt.” He was a man of purpose and mission and action. He left a legacy to be emulated, but at the same time it is not easy to follow. 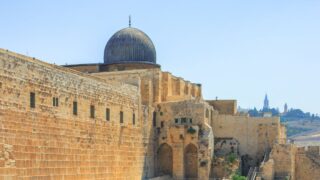 How `Umar practiced social equality was demonstrated when he entered Jerusalem as a liberator.