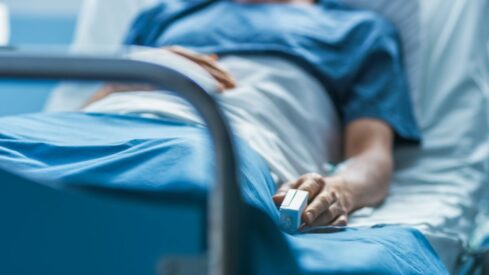 Islam invites to all that is good and warns from all that is bad. From those good and virtuous deeds is the visiting of the ill and afflicted. When people visit each other while they are in good health, bonds of brotherhood and friendship are strengthened. But when they visit each other in times of sickness and poor or failing health, their brotherhood grows even more.

Illustrating the empathy that Muslims are required to feel for each other, Prophet Muhammad (peace and blessings be upon him) is reported to have said, “The parable of the believers in their mutual love and mercy is like that of a living body: If one part of it feels pain, the whole body suffers in sleeplessness and fever.” (Muslim)

Visiting the sick is one of the clearest signs of such mutual love, mercy and empathy. Indeed, it is also a duty that Muslims are required to fulfill, in adherence to the following hadith in which the Prophet reportedly said, “The rights of a Muslim over another Muslim are six… When you meet him, you greet him with the salaam (i.e. to say: as-salamu alaykum); when he invites you, you accept his invitation; when he consults you in a matter, you give him sincere advice; when he sneezes and praises Allah, you ask Allah to have mercy on him; when he is sick, you visit him; and when he passes away, you follow his funeral.”(Bukhari)

From the above hadith, we can conclude that Muslims are encouraged to have concern for one another during three phases of worldly existence: health, sickness and death.

Whilst in good health, the Muslim is obliged to greet his brother in faith with the invocation of peace and mercy, to accept his invitation and to give him sincere advice.

Then, when a Muslim is suffering from a cold, an allergy or whatever else that is causing him to sneeze, his brother in Islam is instructed to ask Almighty Allah to have mercy on him. Likewise, when a Muslim is sick and bedridden, his Muslim brothers should go and visit him.

Finally, when a Muslim passes away, Muslims are required to attend his funeral procession and Prayer, and ultimately his burial.

The great reward awaiting those who visit the sick was spelt out by Prophet Muhammad (peace and blessings be upon him), who reportedly said, “A Muslim visiting his sick brother will continue to be in the harvest of Paradise until he returns home.” (Muslim)

And he is also reported to have said, “A Muslim walking to visit a sick person will be wading in the mercy of Allah. When the visitor sits with the sick one, they will be immersed in mercy until his return.”(Ahmed and Ibn Hibban)

Demonstrating the greatness of the reward of visiting the sick, the Prophet (peace and blessings be upon him) reportedly said, “On the Day of Resurrection, Almighty Allah will say, ‘O son of Adam! I became sick and you did not visit me!’ The person will say, ‘O Lord, how can I visit you and you are the Lord of all that exists!’ Allah will say, ‘Did you not know that my slave ‘so and so’ was sick, and you did not visit him? Did you not know that if you visited him, you would have found me with him?’” (Muslim)

In the Qur’an, Almighty Allah says:

(Indeed in the Messenger of Allah you have an excellent example to follow for whoever hopes for [the meeting of] Allah and the Last Day and remembers Allah much.) (Al-Ahzab 33:21)

Sent as a role model for all virtuous deeds and noble duties, Prophet Muhammad (peace and blessings be upon him) led people by example. He would both make time to personally visit the sick and would also enquire after them through others.

Whilst in Makkah, for example, a pagan woman used to throw filth and garbage at the noble Prophet whenever he passed by her house. One day, the noticeable absence of the Prophet’s abuser concerned him so much that he enquired after her. When he learnt of her sickness, he visited her. She was so taken aback by his merciful concern that she embraced Islam. This sublime attitude is encouraged in a Qur’anic verse that reads:

(Repel the evil deed with one which is better, then lo! he, between whom and thee there was enmity (will become) as though he was a bosom friend.) (Fussilat 41:34)

The learned Companion Anas ibn Malik (may Allah be pleased with him) related the following episode from the life of Allah’s Final Prophet to humanity:

A Jewish boy who would serve the Prophet fell sick. The Prophet said to some of his Companions, “Let us go and visit him.” They went to visit him and found his father sitting by his head. The Messenger of Allah said to the boy, “Proclaim that there is no god but Allah, and I will intercede on your behalf on account of it on the Day of Resurrection.” The boy looked at his father, who said, “Obey Abul-Qasim (Muhammad)!” In response, the boy uttered it, saying, “There is no god but Allah, and Muhammad is His Messenger.” Upon that, the Prophet (peace and blessings be upon him) said, “All praise is due to Allah Who saved him from the Fire of Hell.” (Ibn Hibban)

It is clear from these two examples from the Prophet’s life that the virtue of visiting the sick is not restricted to Muslims, but it includes non-Muslims as well. Such a visit to a non-Muslim patient can be such a touching and moving experience that it might even cure the most fateful of diseases: disbelief.