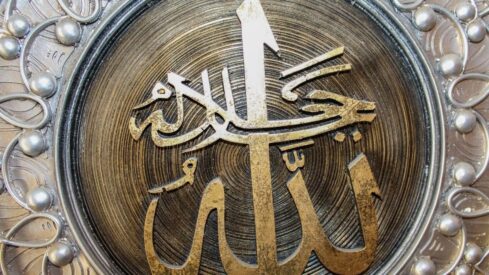 The truth about Islam is that it is the religion of Allah, the One and Only God of the universe. From the very beginning of human existence on earth, Allah has been guiding mankind through His prophets and has shown them the way to success in both this world and the next, until He perfected His guidance in the Holy Qur’an revealed to the Last Prophet Muhammad (peace be on him).

The essential religion taught by all the prophets of Allah was the same. It can be summarized thus in the words of Jesus as given in the Gospels of Mark, verse 29-34:

In Islamic parlance this means: Submit to the One God Allah most sincerely, and do good to your fellow beings.

We need to understand that there is a media war on Islam, carried out by some groups among the People of the Book. The principle of One God and one humanity taught by Islam undermines the inherent bigotry and racism of the Zionists. This is while for some Christians, Islam’s uncompromising stance against the polytheistic Trinitarian concept of God in Christianity is a reason to fight Islam.

They know that the Muslim belief in One God is unassailable; and yet they try to undermine the Muslim’s faith by bringing forth arguments. This is namely that Allah is not the One God of the universe, but one of the residual deities worshipped by the ancient pagans of Arabia.

This is really a distortion of the truth. In fact, the Arab pagans did not consider Allah merely as one of their gods. On the contrary, they worshipped Him as the Supreme Ruler of the universe. There was no idol called Allah, though all their lesser gods were represented by idols. As the Holy Qur’an says in Surah 39, verse 3, they claimed:

*{We only serve them [the idols] in order that they may bring us nearer to Allah.}*

We must remember that the Arabs were the children of Abraham through his firstborn son Ishmael; and naturally he had imparted upon them the teachings of the earlier scriptures. Thus it is no wonder that they believed in Allah, the Lord of the universe. However with time, they drifted back to idolatry from the pure monotheism of the prophets, peace be upon them all.

So for the pagan Arab, Allah was not just one of the lesser deities to be worshipped. Rather, He was still considered the Supreme Ruler of the universe.
Islam teaches that Allah is the Sovereign Creator and Cherisher of the universe Who possesses all the best attributes to the highest degree. The following verses of the Holy Qur’an among others, will make clear that Allah can never be a provincial god:

*{To Him is due the primal origin of the heavens and the earth: When He decreeth a matter, He saith to it: Be, and it is.}*