Belief in the existence of angels is one of the fundamental articles of faith in Islam. Muslims believe that angels were created by God from light. Angels carry out God’s commandments in nature and the universe. What we usually call the “forces of nature” become active because of the presence of angels behind them, working at the command of God.

Angels belong to a level of existence beyond the perceptible world of phenomena, called `alam al-ghayb. As God’s creatures living within the physical world of mundane reality, we humans cannot overstep its confines; nor can we visualize beings that exist outside of it. Muslims believe in the existence of angels because God talks about them through His revelations. Though angels are generally invisible beings, they may appear to the outward eye if required, in forms suitable for the visible world.

The Arabic word for angel is malak (plural mala’ikah), and its root meaning is “messenger.” Muslims believe that the Angel Gabriel or Jibreel was the messenger through whom God revealed the Qur’an to Prophet Muhammad (peace be upon him). He appeared to the Prophet as a person who could talk—an appearance which was in keeping with his task. It was the same Angel Jibreel who acted as the Prophet’s guide on the Night of Ascension or Al-Mi`raj. Although God may send His revelation through the Angel Gabriel, it is important to point out that in Islam, angels are not considered intermediaries between God and humans in the sense that humans cannot reach God except through the angels.

The Qur’an also speaks of angels as playing a crucial role in processes like creation, prophecy, spiritual life, death, resurrection, and the workings of natural elements. For instance, there is an angel who brings the thunder, and he, too, serves God and obeys His command. Other angels are in charge of embryos in wombs, or responsible for protecting human beings.

The Qur’an speaks of the charge of the angel of death in these verses:

[The angel of death, who has been charged with you, will gather you; then to your Lord you will be returned.] (As-Sajdah 32:11)

The Qur’an also mentions angels in connection with Heaven and Hell:

[Gardens of Eden which they shall enter … and the angels shall enter unto them from every gate.] (Ar-Ra`d 13:23)

Also angels record the deeds of humans as long as they are on earth:

Angels are also mentioned in many hadiths. For example, the Prophet Muhammad (peace be upon him) is reported to have said that when people gather together in remembrance of God, “The angels surround them, mercy covers them, peace descends on them, and God remembers them among those who are with Him” (At-Tirmidhi).

Angels are different from human beings in that they do not have a will of their own. They were created for the specific purpose of serving God and carrying out His commands. Some angels are in a state of constant worship of God, prostrating to Him and never raising their heads.

Whenever we are in any difficulty, the above verse inspires us to patiently persevere in our efforts and place our full hope and trust in Allah

The giving of Zakah (obligatory charity) is the third pillar of Islam. It has two types: zakat al-mal (charity paid on one’s wealth) and zakat al-fitr. 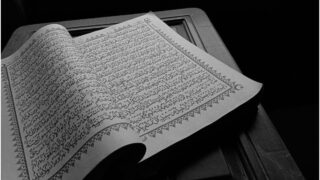 Living by the Qur’an

An explanation to the way Muslims can conduct themselves, their thoughts and decisions in compliance only with the Qur'an. 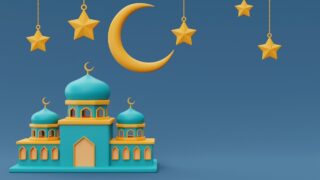 Introduction Alhamdu lillah. Indeed, all Glory and Praise is due to Allah. We glorify and praise Him and we ask Him for help and forgiveness. In Allah we seek refuge from the evils in ourselves and from our wrong doings. He whom Allah guides shall not be misguided, and he whom He misguides shall never