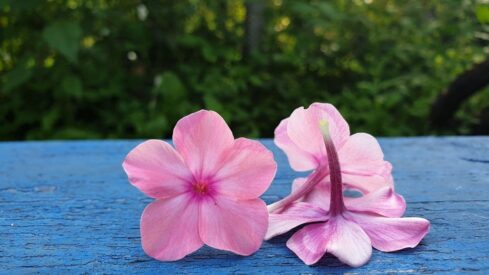 Asma’ bint Abi Bakr belonged to a distinguished Muslim family. Her father, Abu Bakr, was a close friend of the Prophet and the first caliph after his death. Her half-sister `A’ishah was a wife of the Prophet and one of the Mother of the Believers. Her husband, Az-Zubayr ibn Al-`Awwam, was one of the special personal aides of the Prophet. Her son `Abdullah became well known for his incorruptibility and his unswerving devotion to Truth.

Asma’ herself was one of the first persons to accept Islam. Only about seventeen persons including both men and women became Muslims before her. She was later given the nickname Dhat An-Nitaqayn (the One with Two Waistbelts) because of an incident connected with the departure of the Prophet and her father from Makkah on the historic Hijrah to Madinah.

Asma’ was one of the few persons who knew of the Prophet’s plan to leave for Madinah. The utmost secrecy had to be maintained because of the Quraysh’s plans to murder the Prophet. On the night of their departure, Asma’ prepared a bag of food and a water container for their journey. Not finding anything to tie the containers with, she decided to use her waistbelt (nitaq) but followed her father’s suggestion to tear it into two. The Prophet commended her action and from then on she became known as the One with the Two Waistbelts.

When it came her turn to emigrate from Makkah, soon after the departure of the Prophet, Asma’ was pregnant. She did not let her pregnancy or the prospect of a long and arduous journey deter her from leaving. As soon as she reached Quba’ on the outskirts of Madinah, she gave birth to a son, `Abdullah. The Muslims shouted “Allahu Akbar” (Allah is the Greatest) and “La ilaha illa Allah” (There is no god but Allah) in happiness and thanksgiving because this was the first child to be born to the Muhajirun in Madinah.