Authenticity of the Qur’an: Another Approach (Part 2) 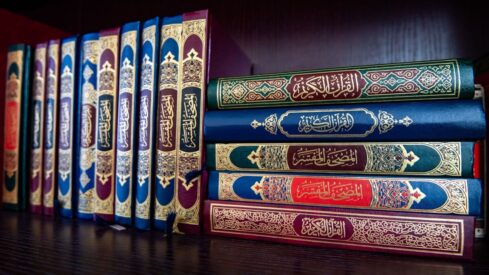 As has already been mentioned, there is much information contained in the Qur’an whose source cannot be attributed to anyone other than Allah. For example, who told Muhammad (peace and blessings be upon him) about the wall of Dhul Qarnayn—a place hundreds of miles to the north? Who told him about embryology? When people assemble facts such as these, if they are not willing to attribute their existence to a divine source, they automatically resort to the assumption someone brought Muhammad (peace and blessings be upon him) the information and that he used it to fool the people. However, this theory can easily be disproved with one simple question: “If Muhammad (peace and blessings be upon him) was a liar, where did he get his confidence? Why did he tell some people outright to their face what others could never say?” Such confidence depends completely upon being convinced that one has a true, divine revelation.

However, about ten years before Abu Lahab died, a little chapter in the Qur’an (Surat Al-Masad, 111) was revealed about him. It distinctly stated that he would go to the fire (Hell). In other words, it affirmed that he would never become a Muslim and would, therefore, be condemned forever. For ten years, all Abu Lahab had to do was say, “I heard that it has been revealed to Muhammad that I will never change—that I will never become a Muslim and will enter the Hellfire. Well, I want to become Muslim now. How do you like that? What do you think of your divine revelation now?” But he never did that. And yet, that is exactly the kind of behaviour one would have expected from him, since he always sought to contradict Islam.

In essence, Muhammad (peace and blessings be upon him) said, “You hate me and you want to finish me? Here, say these words and I am finished. Come on, say them!” But Abu Lahab never said them. Ten years! And in all that time he never accepted Islam or even became sympathetic to the Islamic cause.

How could Muhammad (peace and blessings be upon him) have possibly known for sure that Abu Lahab would fulfil the Qur’anic revelation if he (Muhammad) was not truly the messenger of Allah? How could he possibly have been so confident as to give someone 10 years to discredit his claim of Prophethood? The only answer is that he was Allah’s messenger; for in order to put forth such a risky challenge, one has to be entirely convinced that one has a divine revelation.

Another example of the confidence which Muhammad (peace and blessings be upon him) had in his own Prophethood and, consequently, in the divine protection of himself and his message, was when he left Makkah and hid in a cave with Abu Bakr (may Allah be pleased with him) during their emigration from Makkah to Madinah. The two clearly saw people coming to kill them, Abu Bakr was afraid. Certainly, if Muhammad (peace and blessings be upon him) was a liar, a forger, and one who was trying to fool the people into believing that he was a prophet, one would have expected him to say in such a circumstance to his friend, “Hey, Abu Bakr, see if you can find a back way out of this cave.” Or, “Squat down in that corner over there and keep quiet.” Yet, in fact, what he said to Abu Bakr clearly illustrated his confidence. He told him, “Relax! Allah is with us and Allah will save us!” Now, if one knows that one is fooling the people, where does one get this kind of attitude? In fact, such a frame of mind is not characteristic of a liar or a forger at all.

So, as has been previously mentioned, the non-Muslims go around and around in a circle, searching for a way out—some way to explain the findings in the Qur’an without attributing them to their proper source. On one hand, they tell you on Monday, Wednesday, and Friday that “the man was a liar,” and on the other hand, on Tuesday, Thursday, and Saturday they tell you that “he was crazy.” What they refuse to accept is that one cannot have it both ways; yet they need both theories, both excuses to explain the information in the Qur’an.

An Encounter with a Minister

About seven years ago, I had a minister over to my home. In the particular room that we were sitting in, there was a Qur’an on the table, face down, and so the minister was not aware of which book it was. In the midst of a discussion, I pointed to the Qur’an and said, “I have confidence in that book.” Looking at the Qur’an but not knowing which book it was, he replied, “Well, I tell you, if that book is not the Bible, it was written by a man!” In response to his statement, I said, “Let me tell you something about what is in that book.” And in just three to four minutes, I related to him a few things contained in the Qur’an. After just those three or four minutes, he completely changed his position and declared, “You are right. A man did not write that book, the Devil wrote it!” Indeed, possessing such an attitude is very unfortunate, for many reasons. For one thing, it is a very quick and cheap excuse. It is an instant exit out of an uncomfortable situation.

As a matter of fact, there is a famous story in the Bible that mentions how one day, some of the Jews were witnesses when Jesus (peace and blessings be upon him) raised a man from the dead. The man had been dead for four days, yet when Jesus arrived, he simply said, “Get up!” and the man arose and walked away. At such a sight, some of the Jews who were watching said disbelievingly, “This is the Devil. The Devil helped him!” Surprisingly, this is the same thing happening in our society nowadays, where people see the truth but find it difficult to accept.