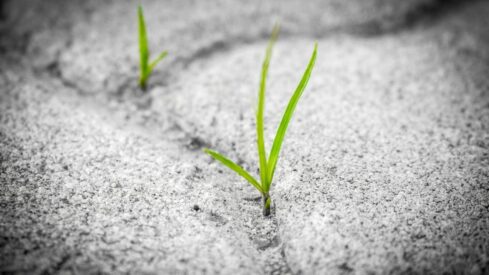 Determination is the most significant attribute of a believer. Believers never lose their enthusiasm and their devotion. Believers engage in their struggles only to earn the pleasure of God, which is why no difficulty proves to be a hindrance to their endeavors. The only goal of believers is to deserve the favor of their Lord, and they shape their lives accordingly.

God certainly puts the determination of believers to the test in various ways; either by periodically giving them trouble or making them undergo suffering. Details of the test are given in the verse below:

(We shall test you with fear and hunger, with loss of life and property and crops but give glad tidings to those who patiently persevere.) (Al-Baqarah 2:155)

However, believers with total commitment display patience under all circumstances. God praises this attitude of believers in the following verse:

(And with how many a prophet have there been a number of devoted men who fought (beside him). They never lost heart if they met with disaster in God’s way, nor did they weaken (in will) nor give in. And God loves those who are firm and steadfast. Their only words were: “Our Lord! Forgive us our sins and anything We may have done that transgressed our duty; make us firm of foot and help us against those that resist faith.) (Aal `Imran 3:146-147)

Lack of commitment, on the other hand, is not a trait attributable to believers. The following verse confirms this fact:

(Only those ask you for exemption who do not believe in God and the last day, and whose hearts feel doubt, so in their doubt they waver. ) (At-Tawbah 9:45).

Desiring the hereafter and striving for it with all their might, as well as avoidance of extravagance in daily affairs are indications of determination demonstrated by believers. Those who “strive with all due strive” are thus described in the Qur’an:

(Those who wish for the hereafter, and strive for it with all due striving and have faith—they are the ones whose endeavors are acceptable (to God).) (Al-Israa‘ 17:19)

Determination, consequently, is a significant attribute of believers. Those who seek an (immediate gain and an easy journey) (At-Tawbah 9:42) fail to show an unyielding determination. Believers, on the other hand, accomplish what is expected of them and display an unchanging determination until they meet their death.

The community of Al-Kahf, into whose hearts God put courage, (Al-Kahf 18:14) sets the best example for believers in the sense of determination. Continuity in worshipping is also important in the sense of consistency. Only death puts an end to the determination of a believer. A believer is responsible for showing patience and fulfilling his pledge to God until death comes.