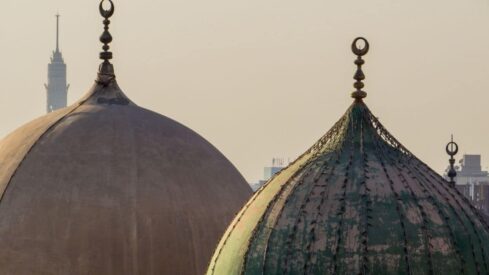 My story of becoming a Muslim at the age of ten years old might be unusual, but it was very real for me. I want to share my story so that it might be beneficial for other kids who are going through the same problems I went through. I was born into a family with a mother who was Roman Catholic and a father who was Baptist. When I was born, I had one sister who was a year and a half older than myself. When I was six weeks old, my father took me from my crib and ran off with another woman. He left my mother alone with my sister. He hid me and was involved in drugs. I remember the first few years of being very hungry and alone. I remember how I was very angry and had a bad temper.

During those first few years, my mother’s friends got her a job as a bartender so that she could support herself and my sister. After a while one of my father’s friends went to her and told her where I was because he was afraid something bad was going to happen. My mother came right away and found my father and his friends doing drugs. She saw me running around being neglected, and so she picked me up and left with me. I did not really know her. I guess maybe I thought I was being kidnapped or something, so I threw temper tantrums every chance I got and became even more angry.

Eventually my mother finally got me to smile, learn how to hug, and even say I love you—things I did not know how to do when she found me. She had two of us kids to support and herself, and so she wound up spending more time working at the bar, which meant we were left with lots of different babysitters.

Then one day my father came to the house where we lived and took me back to where he was living with another new lady. By the end of that year, my father tried to put me in school, which did not work. I did everything bad I knew just to get into trouble.

The school called and said that I could not continue in the school because of my behavior, and so I was taken back and dumped at my mother’s doorstep. She was happy that I was back and took me to my sister’s school. I thought I was getting left again, and so I threw a fit, hit my teachers and other kids. The school called my mother and said I could not go to school there either. I was mad at everyone. I did the worst things I could think of at every chance I got. This time my mother got on a plane with me and we flew to her mother’s house—far across the country—in another state. She was very loving, but very strict about my throwing fits. She did not yell but whenever I destroyed something or had a tantrum, she would hold my hand and walk outside with me to a pile of small wood blocks on the side of the house. She would tell me to move all the little wood blocks from one side of the driveway to the other and when I was done to come and let her know. Then she would go back inside and leave me there by myself. At first I was so mad at her, but by the time I finished moving the little blocks, I was not mad any more. It was like a game.

By the end of the eight months that I lived with my grandmother, I stopped throwing tantrums, liked to sit on her lap and listen while she read bible stories and poems to me until I fell asleep. I learned all my school lessons, knew how to ride a horse, and I absolutely knew how to move blocks around. At the end of that time, it was time for me to go back home, and I was doing so well that I got to ride on a plane all by myself (with an escort of course). I felt very grown up and very happy. She told me that I was going to be just fine, and that whenever I got angry or sad or lonely, I should think about God. She said I should always remember how He took care of all the people in the Bible and if I would ask Him she knew He would take care of me too. She told me that if I got upset or angry, I should never hurt anyone. Instead, I should just pray to God until I was not angry anymore.

After I got back home, my mother was happy because I was not hurting people or throwing tantrums. I was eating well and not afraid to sleep. I was happy almost all of the time. My mother worked all the time while babysitters took care of my sister and a new brother who was born while I was away. My father knew that my mother had to work to take care of us and yet he would never give her even a penny to help. He divorced her without telling her.

Then again my father came one day. He saw how good I had turned out and just like before, he took me away.

The new lady my father was living with was so cruel. I lost a lot of weight. I am not sure how things happened, but it was during that time that I supposedly split my head open on monkey bars at the school, and supposedly was hit by a jeep in front of their home. I do not remember those things too clearly, but I do remember his girlfriend picking up a two-by-four and hitting me with it in the front yard. I also remember my father slamming my head into the kitchen table because I did not write fast enough. He and his lady friend would threaten me by convincing me that the devil would come out of my bedroom floor and take me to burn in hell if I got out of bed while they were having drug parties.

This went on until I was in fourth grade. My father used to show me a big baggie filled with drugs he was then getting from a doctor and telling me how good they made him feel. His house was filled with dirty magazines and MTV movies and it all seemed normal because that was all I ever knew back then. I did not know there was any other way to live. I had long forgotten how my grandmother had taught me to pray and I could not remember the wonderful days I spent with her riding horses, being hugged, and read to about God. All the bad stuff at that age seemed to push the good stuff away. When it was time to start fourth grade I acted uncontrollably at school, hoping that I would get sent back to my mother or grandmothers. I did not stop until I got what I wanted, and it worked. I was taken back and left with my mother. By then she was working around sixty hours a week. She would come home tired, yelling and screaming and expecting us to take care of ourselves and not give her anymore trouble. I wanted attention from her, and so I went back to being a brat and being mean to my sister and my new little brother whom I resented even more.

By the end of the first month of that school year, I was the worst I had ever been. My mother could not cope with me one minute longer. My father had already made me go to doctors who put me on five different kinds of medicines—from Ritalin to even worse drugs—to try to control me, but even that did not work. In fact, that stuff made me worse. I beat up other kids, started fights, accused them of doing things they did not do, stole things, lied, refused to obey the teachers, or do any work. School to me was a place I was going to play and do whatever I wanted to do. I knew they could not do anything about it. I thought I was really something and all I thought about was myself. They sent me to the hall, to the office, to home, and even put a box around me in class to keep me from bothering other kids, but I still did not give up.

Do not get me wrong here—I am not saying all these to sound cool. I was an idiot to say the least—I know that now. I want other kids to know that it does not have to be that way regardless of their family problems. So, if I do not say how bad it had gotten they will not be able to understand. I was only ten years old then. I am almost fourteen now. When I look back about what I was at ten, I cannot believe that I am the same person, or that the kid I am telling you about above was for real. But he was for real and he was me! Most people would not believe that a ten-year-old kid could be as bad and do as bad things as I did. It all finally came to an end for me when, one day, I called the home of a kid, pretending to be another kid, and told them that their boy was missing. You can imagine how much trouble I was in then. That only got me into more drugs from the doctor. All those drugs made me see things and hear things that were not there and made me angry enough to be dangerous. I do not believe anyone should put their kids on those drugs even if the school insists. Adults just have no idea what those drugs do to kids or what they make kids think about. I am proof to tell you that kids are not going to admit to parents or doctors or anyone about having horrid thoughts because of the drugs. Anyway, when the drugs were not helping and I was getting into even more trouble, it was at that point they threatened to put me out of the family forever. All of a sudden, my mother did not want to put up with it anymore. My father did not want me either. I did not know what was going to happen to me.

Is Hijab a Qur’anic Commandment?

The Qur’an: A Divine Guidance or a Historical Document

The Description of the Prophet (Pbuh) by the companions

The prophetic approach to strengthening self-confidence

Types of actions of the Messenger, may God bless him and grant him peace

The Prophet’s seeking for forgiveness

Shaping the Economy of Madinah by the Prophet (Pbuh)

O Prophet, Why should you forbid (yourself) what God has made lawful for you, in order to please your wives?
Top Reading
1
Was Muhammad Possessed and Suicidal?
2
Prophet Muhammad in Hindu Scriptures
3
The Adhan in Turkey
4
What Islam says about the Bible
5
`A’ishah bint Abu Bakr
6
Did Islam Grow By Killing Non-Believers?
7
Should an Apostate be Killed?
8
Prophetic guidance in promoting women
9
The Messenger’s approach in changing behavior and habits
10
The Messenger is not sent except in the language of his people